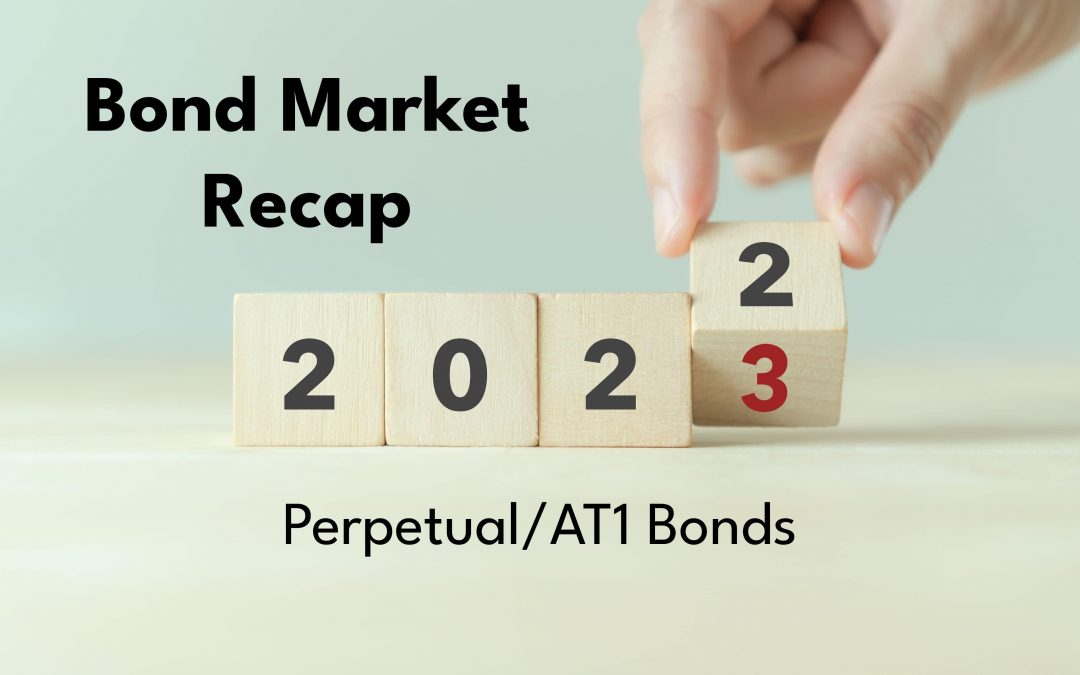 The largest dollar AT1 deals in 2022 were shared between BNP Paribas, Barclays and BofA raising $2bn each. In terms of returns since issuance, Credit Agricole's 4.75% Perp was down the most, by 18.9% during the year, followed by BNP Paribas' 4.625% Perp. 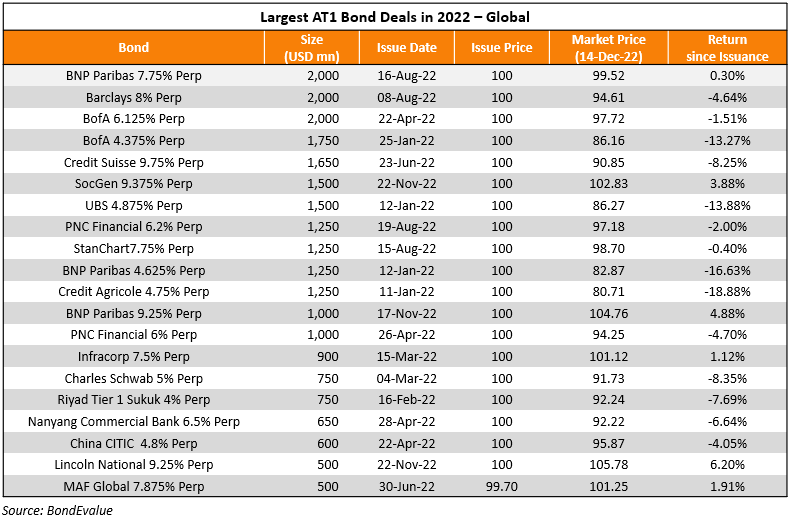 The worst performers within perpetual bonds were fixed-for-life perps. As the name suggests, these perpetual bonds do not carry a coupon reset. In a rising interest rate environment like 2022, these bonds tend to underperform as it is economically advantageous for issuers to not redeem the bonds on their call dates and continue paying lower coupons (vs. what they would have to pay if they refinanced the bonds). As a result, most fixed-for-life perps dropped from around par to lose 20-30% in value through the year. Some of them included the likes of Hong Kong corporates like NWD, Li & Fung, CK Asset and others. In this space, a noteworthy mention was German insurer Allianz that saw its dollar-denominated fixed-for-life 3.875% Perp drop 31.1% through the year  - the issuer did not redeem the bonds on the first call date of March 7 post which the note dropped over 5 points. 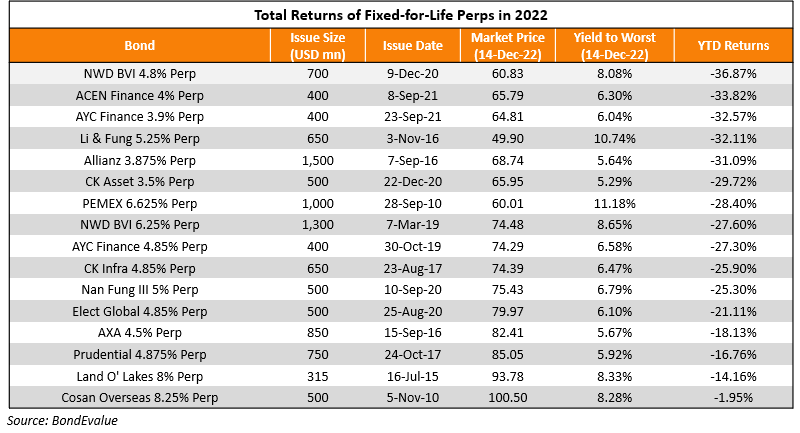 2022 saw only 20 dollar-denominated AT1 deals with the rise in interest rates being a hurdle to new issuances as it directly affected borrowing costs. Looking at the quantum of issuances, AT1 deal volumes stood at about $20bn, the lowest since 2017 that saw $19.5bn in deals. Broadly,

2022 also saw some perpetual dollar bonds that were not called on their first call date. Of notable mention were Allianz's 3.875% Fixed-for-Life Perp and FWD's 0% Perp, both of which skipped their calls. Both issuers did not mention the reason for skipping the call. Other issuers that skipped calls included Russian banks like VTB and Tinkoff that came under global sanctions.