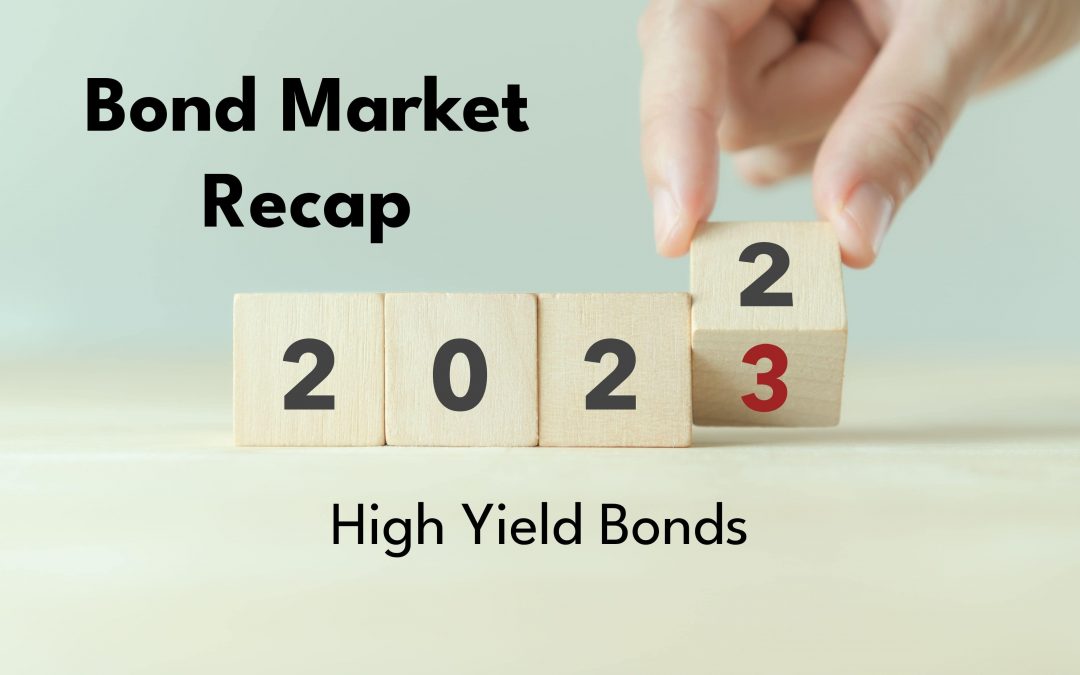 When compared to Investment Grade (IG) bonds, High Yield (HY) bonds performed slightly better due to the lower duration risk present in HY bonds (as higher coupons/yields imply a lower duration).  Looking at the total returns in this space, US and European HY bonds have fallen about 10% this year, while Emerging Market (EM) HY dollar bonds have dropped by 13%. Interestingly, the 12-month default rate in the US HY space stood at 1.2%, lower than the long-run average of 4.5%, as noted by Goldman strategist Spencer Rogers.

Issuance volumes in the high yield space saw a massive drop across all regions - the primary reason behind this was the massive rise in benchmark rates across the globe, making it costly for high yield issuers to tap primary markets. Issuance volumes across US, Europe, APAC ex-Japan and LatAm were the lowest in over a decade while GCC HY issuances were the lowest since 2015.

In the interactive chart below, you can switch between tabs to see the issuance volumes of dollar bonds across: US HY, EU HY (euro and dollar bonds), APAC ex-Japan HY, GCC HY, LatAm HY.

While there were significantly lower issuances of HY bonds in 2022, there were some notable large deals - Turkey raised $7.5bn through the year as part of its objectives to meet its borrowing target. Also on the list was Swiss lender Credit Suisse's $1.65bn Perp AT1, issued at a record-high coupon of 9.75% in June to raise capital to tide through the tough times brought about by the Archegos and Greensill funds blow-up. Below is a list of the largest deals in the HY space this year. We have also compiled the top 10 gainers and losers across the high yield space further below. 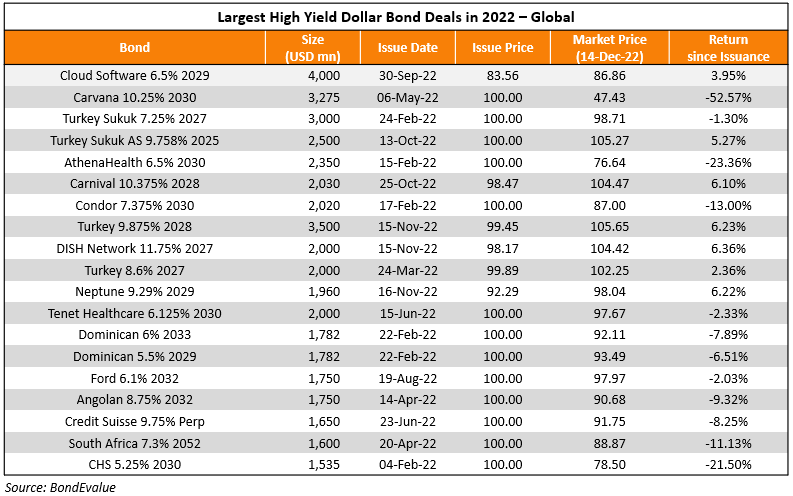 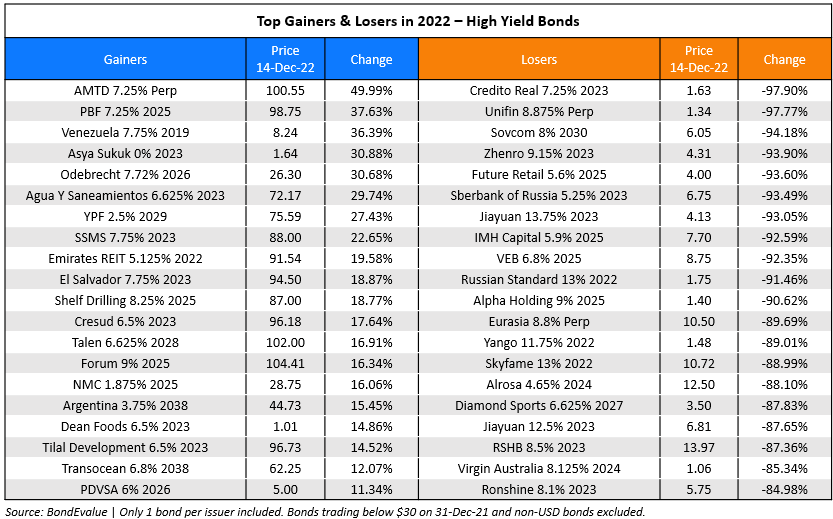