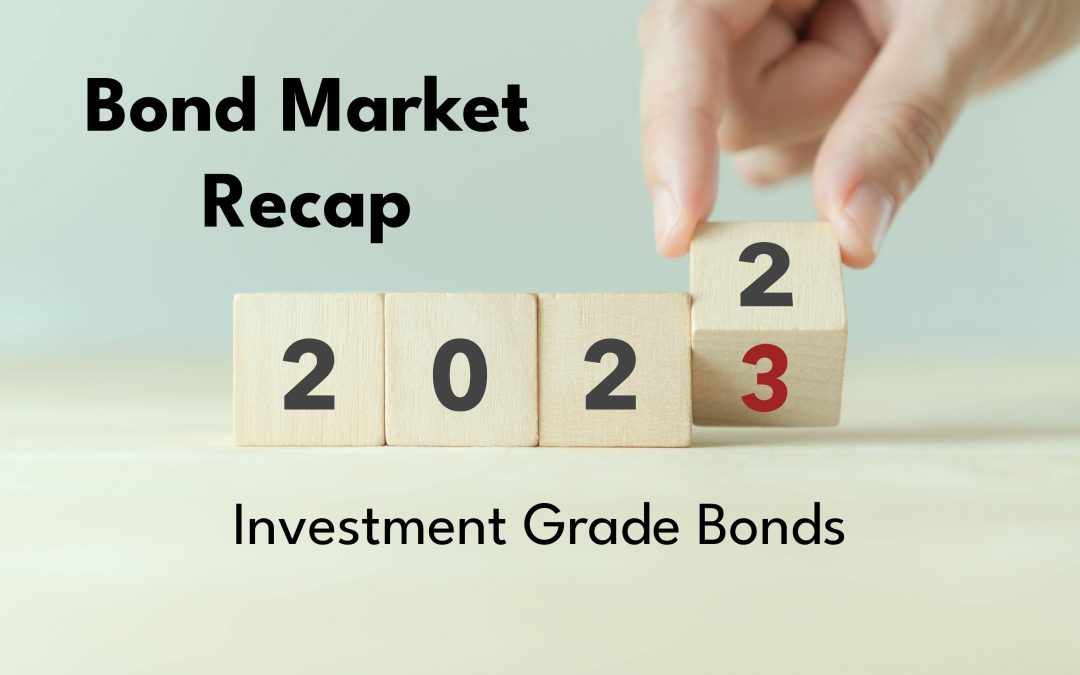 With the backdrop of rising interest rates and persistently high inflation, Investment Grade (IG) dollar bonds suffered the most. This is in particular due to the higher duration sensitivity of IG bonds as compared to other bonds. Looking at the total returns in this space across markets, Emerging Market (EM) IG dollar bonds lead losses with a 16% drawdown, followed by US IG down 14% and European IG bonds down 11% this year.

Dollar bond issuance volumes by US IG corporates were down 12% YoY and the lowest since 2019 at over $880bn (hover over the interactive chart below). APAC ex-Japan IG issuance volumes dropped by 36% YoY to $203bn majorly due to a lack of issuances in the Chinese real estate sector. The only new dollar deals from the Chinese property sector came from Greentown, Sino-Ocean and Seazen, with the first two being SBLC-backed deals. GCC and LatAm IG issuances also dropped by 54-56% YoY to $30bn and $24bn respectively with mostly sovereigns issuing bulk of the volumes.

In the interactive chart below, you can switch between tabs to see the issuance volumes of dollar bonds across: US IG, EU IG (euro and dollar bonds), APAC ex-Japan, GCC IG, LatAm IG.

The largest deal this year was by Discovery/Warnermedia that raised $30bn via a 11-part jumbo bond offering in March, securing funding for the combination of their media businesses. The second and third largest deals included Amazon's $12.75bn jumbo seven-part offering and Goldman Sachs' $12bn six-part issuance. Other prominent issuers within the IG space were American banking majors JPMorgan, BofA, Citigroup, Wells Fargo etc. that raised several billions through the year.

Below is a list of the largest deals and the top 10 gainers and losers across the investment grade space. 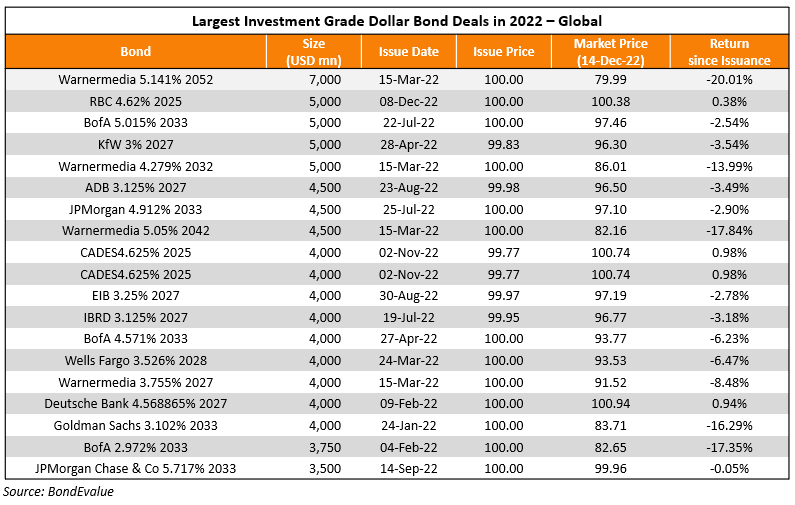 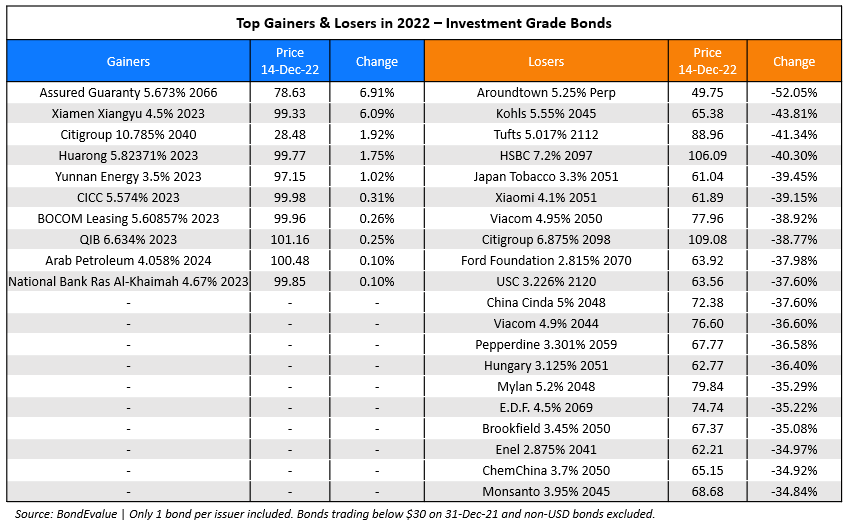