US convenience store chain 7-Eleven (Baa2/AA-) raised $10.95bn via an 8 part jumbo offering, 2021’s largest issuance yet. Below are the details of the 8 tranches: 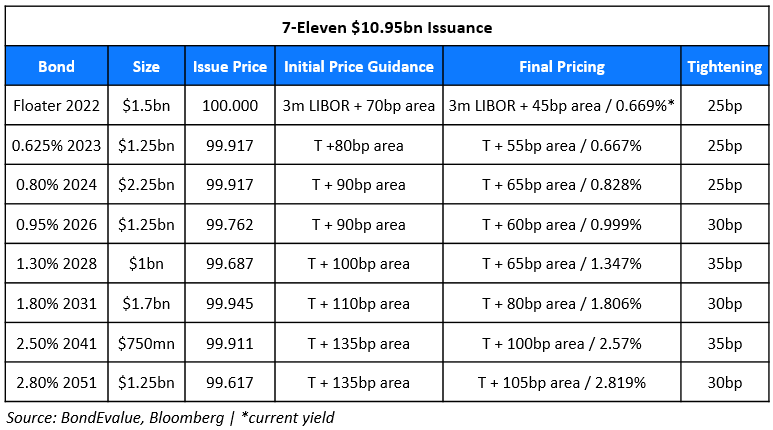 The 0.625% 2023s and 0.80% 2024s are non-callable for one year while the other coupon issuances do not have a callable feature. The bonds have make whole calls (MWC) with the floater having a 12 month call at par, the 2NC1 having a 1 year call at par and the 3NC1 with a 2 year call at par. The 5Y, 7Y, 10Y, 20Y and 30Y have an MWC at par, callable in 1 month, 2 months, 3 months, 5 months and 6 months prior to maturity respectively. Proceeds will be used together with borrowings under the delayed draw term loan facilities and the equity contribution, to fund the acquisition of the Speedway business from Marathon Petroleum Corp. and certain related transaction costs.