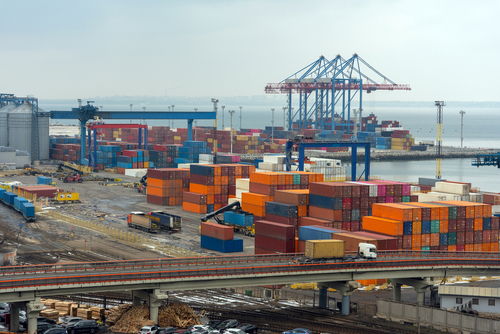 Adani Ports and Special Economic Zone Ltd. (APSEZ), the largest transport utility in India and a part of the diversified Adani Group reported the highest ever YoY quarterly volume growth of 83% with EBITDA growth of 82% in the quarter ended June. The company reported consolidated revenues of INR 45.57bn ($610mn), up 99% from INR 22.93bn ($310mn) last year due to an 83% rise in cargo volumes at ports, 10% increase in rail volumes and 13% increase in the logistics business. The company also reported a consolidated EBITDA of INR 26.2bn ($350mn), up 82% YoY and a reported PAT of INR 13.42bn ($180mn), up 77% YoY due to higher revenue and a 6% saving in port operating cost. The cargo volume registered a 83% rise to 76MMT in 1Q2022 from 41MMT in 1Q2021. The company said, “The results are a validation of the strong fundamentals of the APSEZ strategy leading to a continued gain of market share as the company transforms,” and added “The operations of the company continued to benefit from its networked economies of scale and the digitization initiatives that the company has been investing in over the past several years.”