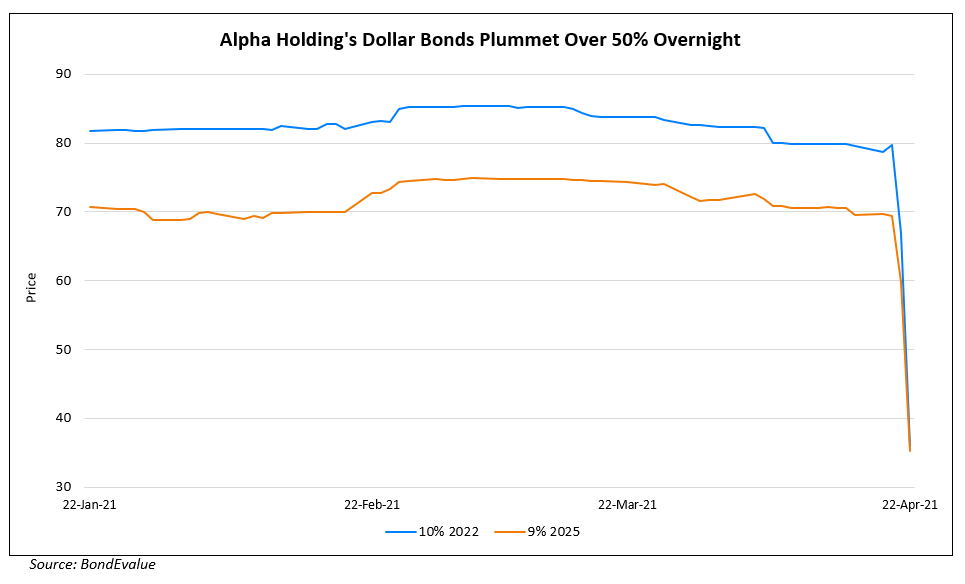 Mexican non-bank lender Alpha Holding SA’s bonds slipped after it acknowledged $200mn of derivatives error in its 2018 and 2019 financial statements. The company announced that it expects an impairment of most of the $206mn reported as accounts receivable and other assets in its balance sheet of September 30. The accounting errors were found after an internal review and audits by KPMG and Deloitte. The errors are related to the allowance for loan losses, reserves for specific accounts receivables, and amortization of certain capitalized expenses. Stifel strategist Alexis Panton wrote in a note to clients, “the massive uncertainty around the error and the likelihood that investors will be kept in the dark for a while.” Alpha’s USD bonds crashed – its 10% 2022s were down 31 to 36 cents on the dollar while its 9% 2025s were down 24 points to 35.27 cents. Panton added that Alpha’s troubles might affect other Mexican non-bank financial lenders, such as Credito Real SAB. Credito Real’s $500mn 2028 bonds plunged more than 6 cents to 96.18 cents on the dollar on Wednesday, its lowest since its issue.