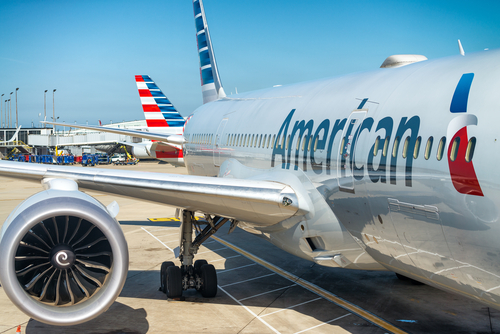 American Airlines (AA) plans to raise new financing after posting a $8.9bn loss in 2020. AA said it would try to issue secured and unsecured debt, equity and pursue credit facilities. The company reported its results with Q4 revenues down 64% YoY to $4bn, net loss of $2.2bn and an EPS of -$3.81/share. The company expects its cash burn to continue until air travel recovers. AA reduced its cash burn to $30mn/day in Q4, down 32% QoQ and down ~70% from April 2020. They stated that they ended Q4 with ~$14.3bn in total liquidity and expect to end 1Q2021 with ~$15bn in total available liquidity. They have already cut $1.3bn in costs from its 2021 operating plan. Total long term debt net of current maturities stood at $29.8bn. Shares of the company were among the beneficiaries from the Reddit based short-squeeze on several stocks like GameStop and BlackBerry with its shares rising over 20% over the last two days.