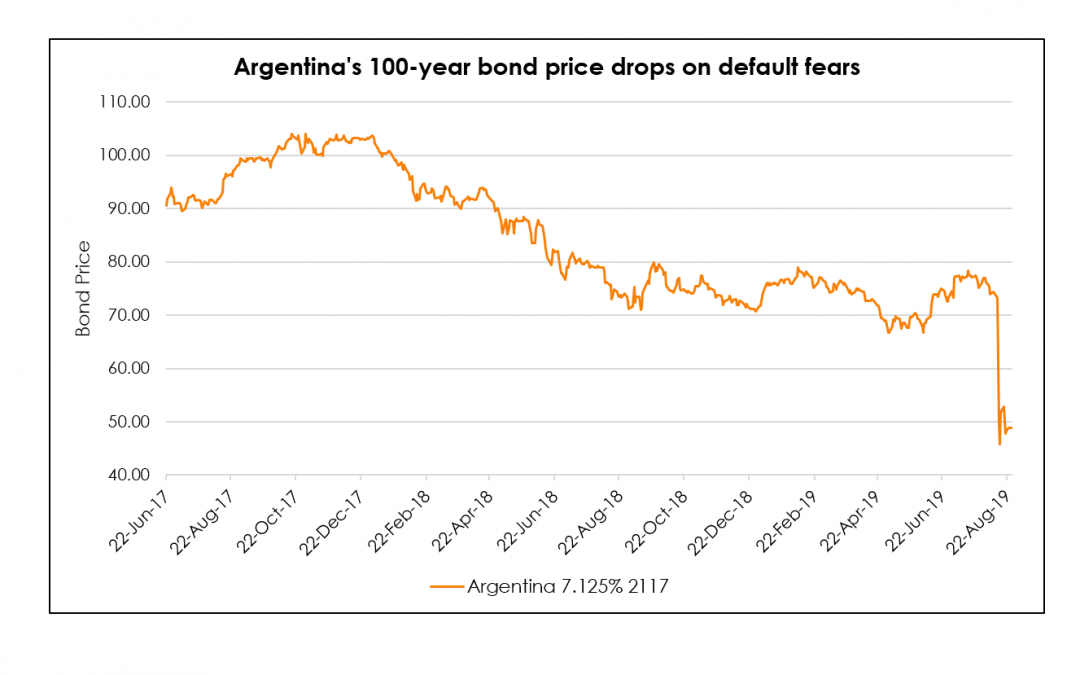 In June 2017, Argentina set a benchmark in the markets with its issuance of 100-year bonds. Investors’ orders stood at $9.75 billion for a final issue size of $2.75 billion on the century bonds that paid a coupon of 7.125% against a yield of 7.917%. Hardly 2 years later, Argentina looks likely to renege on its debt obligations for the third time in 2 decades, with the 100-year bonds currently having an implied probability of default over the next 5 years of 84%. This comes after President Mauricio Macri was routed in a primary election, sparking concerns that the elected Alberto Fernandez and his running mate, former President Cristina Fernandez de Kitchener, would undo Macri’s market-friendly policies.

The century bonds traded as low as 45 cents on the dollar while yields on the shortest-term dollar bonds Argentina has outstanding traded up to above 50%. According to analysts, the 100-year bonds will repay investors less than 40 cents on the dollar if the sovereign were to default. When Argentina defaulted on $95 billion worth of bonds in 2001, a large majority of holders accepted an exchange for new debt worth about 30 cents on the dollar. Debt restructuring of the country’s bonds as early as 2020 has become a real possibility given Argentina’s large financial needs, limited market access and fiscal challenges amid a recession.