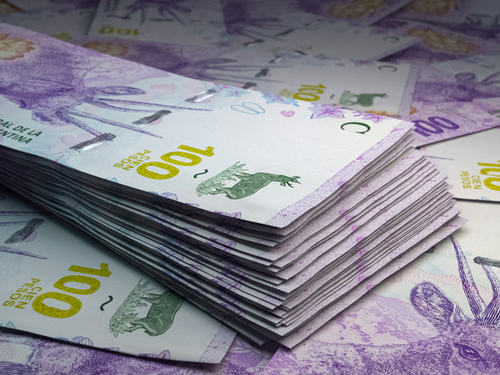 Default fears on Argentina have renewed, now in its local bond markets with creditors have become reluctant to roll over maturing government bonds. Bloomberg notes that it is rumored that officials are running out of financing options and that a local bond restructuring is becoming inevitable. A large chunk of its local bonds are linked to inflation which has skyrocketed 60% this year. The government is planning to issue ~ARP 250bn ($2bn) of inflation-linked notes and other securities. The news agency notes that demand has dropped in recent auctions, the total yield on these bonds have exceeded 70% at current inflation rates. For offshore holders, while the nation does not have any payments due, investors have taken note of the situation with its dollar bonds dropping to 23 cents on the dollar. Ramiro Blazquez, the head of strategy for BancTrust & Co. said, “Shorter and shorter maturities could build into a debt crisis before the elections. To avoid that scenario, the government will likely resort to a combination of arm-twisting and moderate rate hikes to ensure decent rollover rates. But success is by no means guaranteed.”