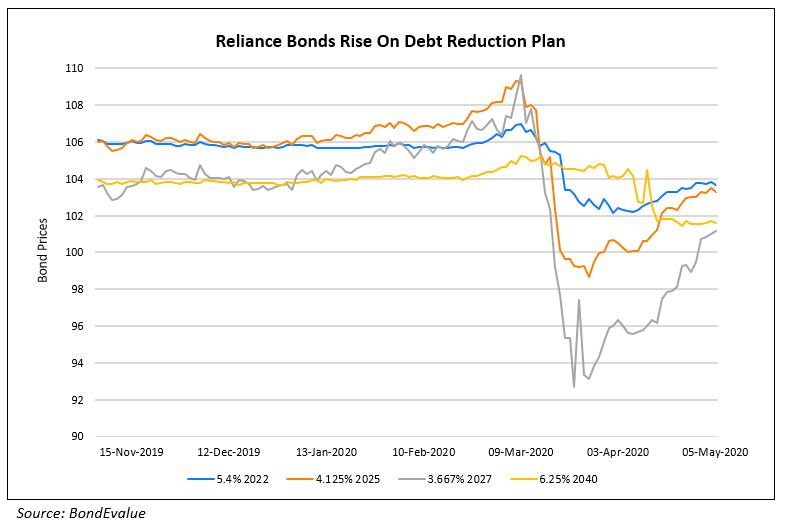 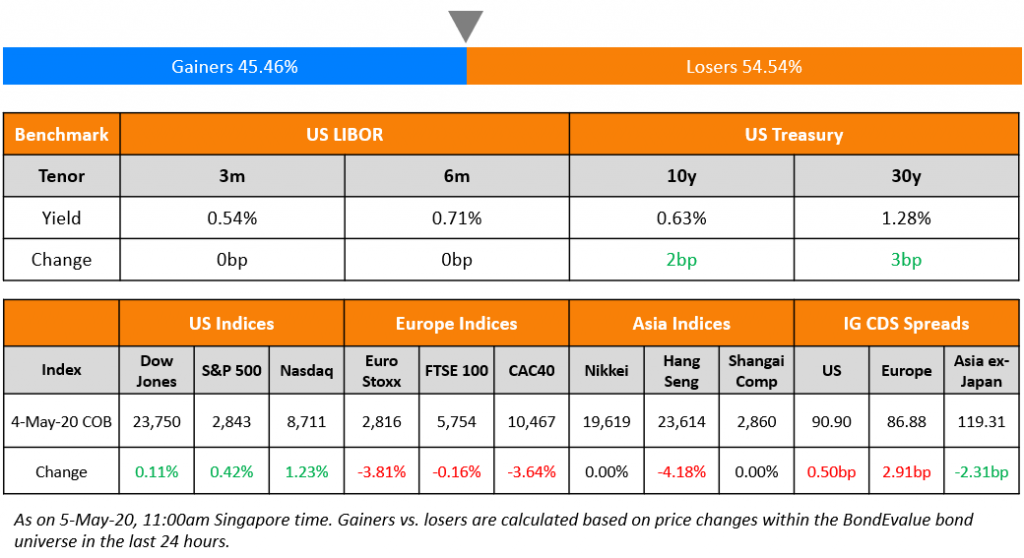 US markets inched up late on Monday on hopeful commentary from the California and New York governors, and the daily death toll dropping below 1000 for the first time in a month. California governor Gavin Newsom said that some of the state’s retailers will be allowed to offer curb-side pickup starting Friday, while New York governor Andrew Cuomo said that the daily number of hospitalizations and new deaths are declining. European markets ended lower with the Stoxx 600 down 3.8% on the back of tensions between the US and China with regards to the origin of the coronavirus. Italy and Spain have started opening up its economies and relaxing lockdown measures. Hong Kong may soon reopen gyms and cinemas. Hong Kong reported an 8.9% contraction in its economy in the first quarter from a year earlier, which dragged the Hang Seng down over 4% on Monday. Treasury yields tightened by 2bp and 3bp for the 10Y and 30Y respectively. US CDS remained largely unchanged, while the Europe and Crossover CDS widened by 2.9bp and 10.5bp respectively. Asia-ex Japan CDS tightened by 2.3bp. Asian markets and S&P future have opened up this morning with holidays in China, Japan and South Korea.

Retail stores have been dealt a severe blow due to the ongoing pandemic. J Crew has become the first major retailer to file for bankruptcy protection. J Crew’s problems had started even before the pandemic due to the high leverage. The pandemic exasperated its troubles, which led the company to seek relief from its creditors. The sales from stores and restaurants have seen a big drop in March, and the trend is likely to continue in April and possibly May. While creditors have agreed to convert $1.65bn debt to equity, J Crew is also trying to secure debt from exiting lenders including Anchorage Capital Group, LLC, GSO Capital Partners and Davidson Kempner Capital Management LP as reported by The Associated Press.

It is widely acknowledged that there may be more retailers who may be forced to file for Chapter 11 bankruptcy protection in case the stores remain closed due to the shutdown. Neiman Marcus Group is closing in on a bankruptcy deal with a group of lenders, according to Bloomberg news. J.C. Penney is reportedly in talks on a loan that would fund it through a restructuring. 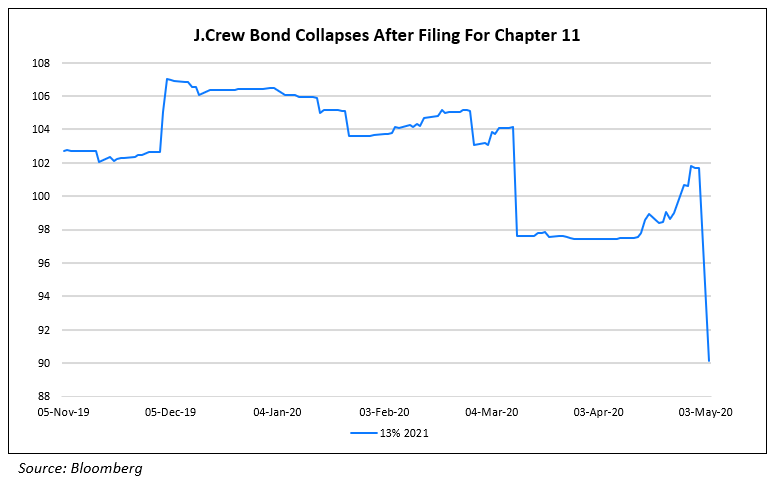 Global coffee chain Starbucks was downgraded one notch to BBB from BBB+ with a Negative Outlook by Fitch. The rating agency cited the company’s higher leverage profile following the proposed bond issuance of $3 billion. The new debt is projected to increase Starbucks’ adjusted debt/EBITDAR by around a half a turn on an ongoing basis, though Fitch recognizes the company could use a portion of the proceeds to fund the maturities of $1.25 billion of debt that comes due in the company’s fiscal 2021, mitigating the leveraging impact. The Negative Outlook is driven by the impact of the pandemic on its earnings.

American companies are looking to set a third straight record month for bond issuance, led by Apple and Avis on Monday. Apple skipped its forecast for the first time in a decade and capitalized on the stimulus measures announced by the Federal Reserve. The iPhone maker raised $8.5bn via a four-tranche bond with maturities ranging from 2023 to 2050. It sold $2bn 3Y bonds and $2.25bn 5Y bonds at a coupon of 0.75% and 1.125%, the lowest it has offered on similar tenor bonds since 2013, according to Refinitiv data.

Avis car rental company is also seeking to raise $400mn through a private offering of bond issuance that will mature in 2025. This has followed the first wave of issuance by companies like Boeing, Ford Motors and Marriott International Inc. The reported earnings of the companies have taken a beating due to the lockdown and the companies have resorted to borrowing to survive. Other companies to tap the bond markets were Oneak Inc, a midstream oil and gas company and fallen angel Kraft Heinz.

Indian conglomerate Reliance Industries’ bonds inched up on a series of fundraising news, which added confidence among investors that Chairman Mukesh Ambani will come through on his promise of slashing the company’s net debt to zero. 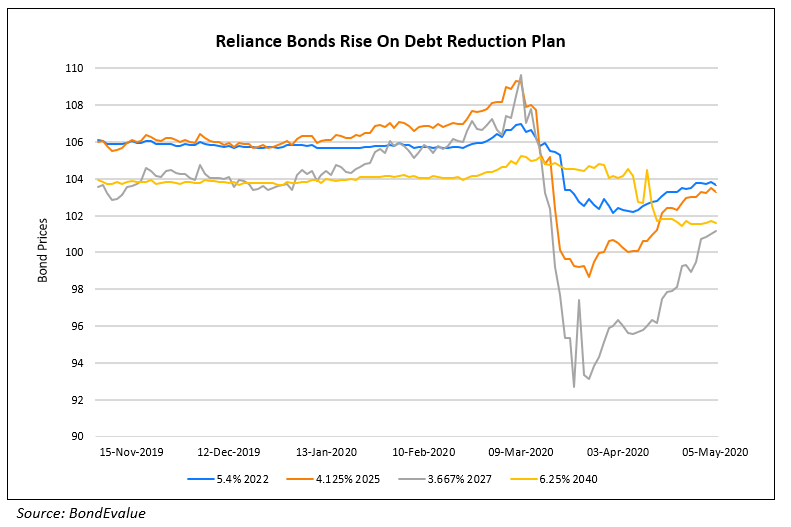 Saudi Arabia’s bonds trended slightly lower on Monday on Moody’s change in Outlook from Stable to Negative amid concerns over the impact of falling oil prices and the pandemic. Saudi Finance Minister Mohammed al-Jadaan said on Saturday the government “must reduce budget expenditures sharply” and that the impact of the new coronavirus on state finances would be felt from the second quarter of the year. MUFG said it expected Saudi Arabia’s real GDP to contract 3.2% this year, its worst performance since 1999. It also forecast public debt would rise to 31.6% of GDP – the highest since 2005 – and foreign reserves would fall by up to $47 billion. 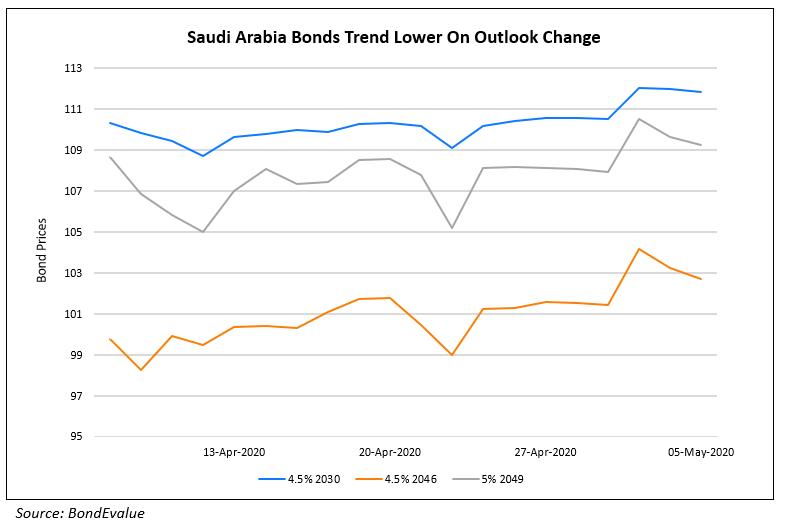 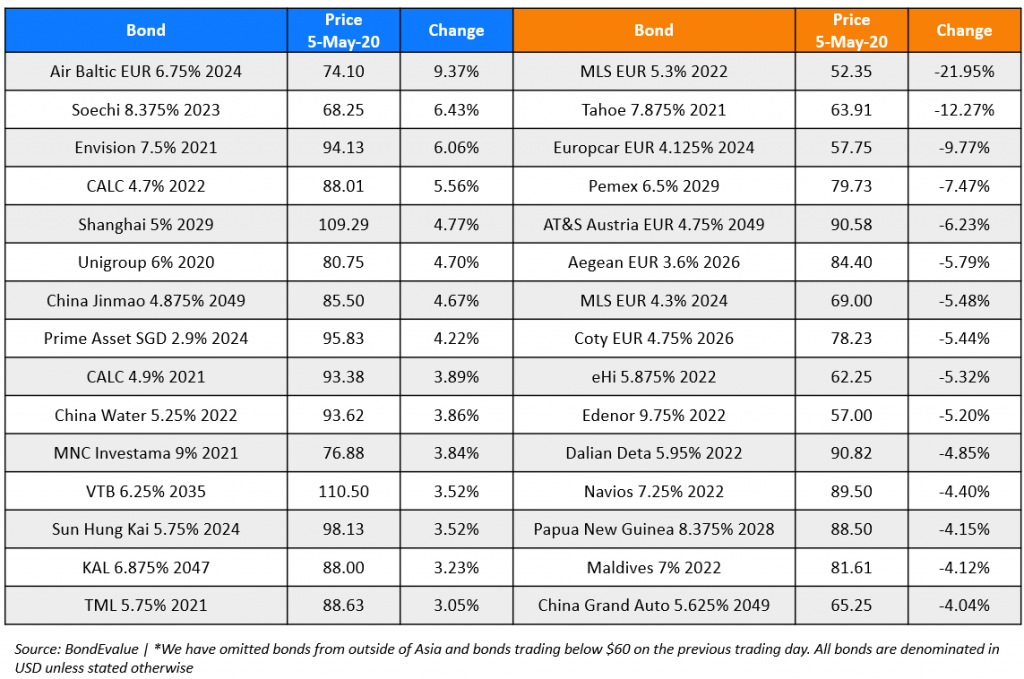