Bed Bath & Beyond Inc. Downgraded to B- after Weak Earnings 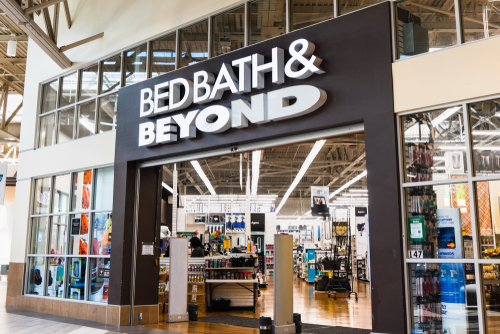 US-based merchandise retail store Bed Bath & Beyond (BBBY) was downgraded to B- from B+ by S&P with a negative outlook on weaker Q1 earnings and muted growth prospects. The company reported a 25% YoY decline in revenues at $1.95bn and a net loss of $358mn during the quarter vs. a $50mn net loss in Q1 2021. During Q1, BBBY posted an 800bps contraction in gross margin YoY, with significant cash burn of $488mn, and incremental borrowing of $200mn. S&P notes that BBBY has lost market share due to poor in-stock inventory positions and merchandising decisions. Adjusted leverage is expected to spike in 2022 and will remain highly leveraged above 5x in 2023. The company has borrowed $200mn under its $1bn asset-based revolving credit facility and is expected to be more dependent on it going ahead. S&P expects the company to make larger spending cuts and reduce capex. The rating agency also notes that BBBY faces weakening macroeconomic conditions led by persistent high inflation, which is an unfavorable industry.