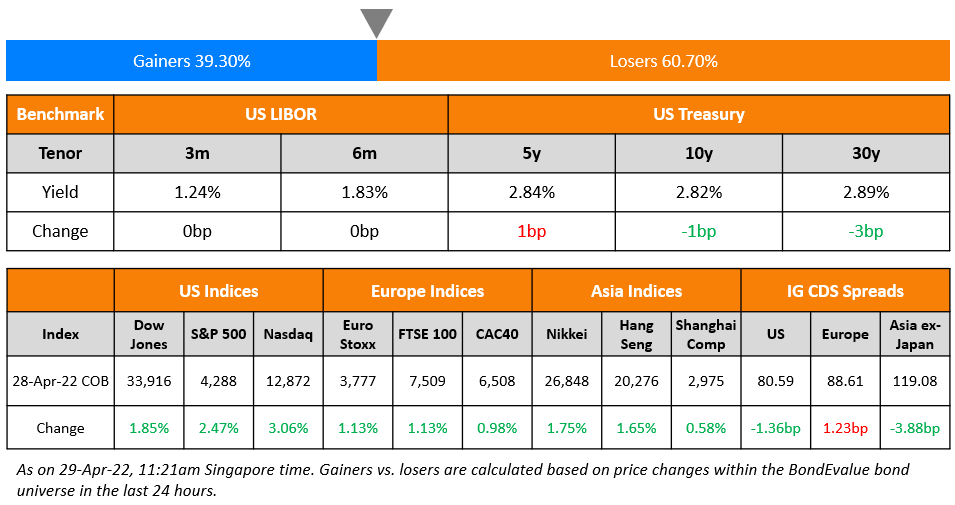 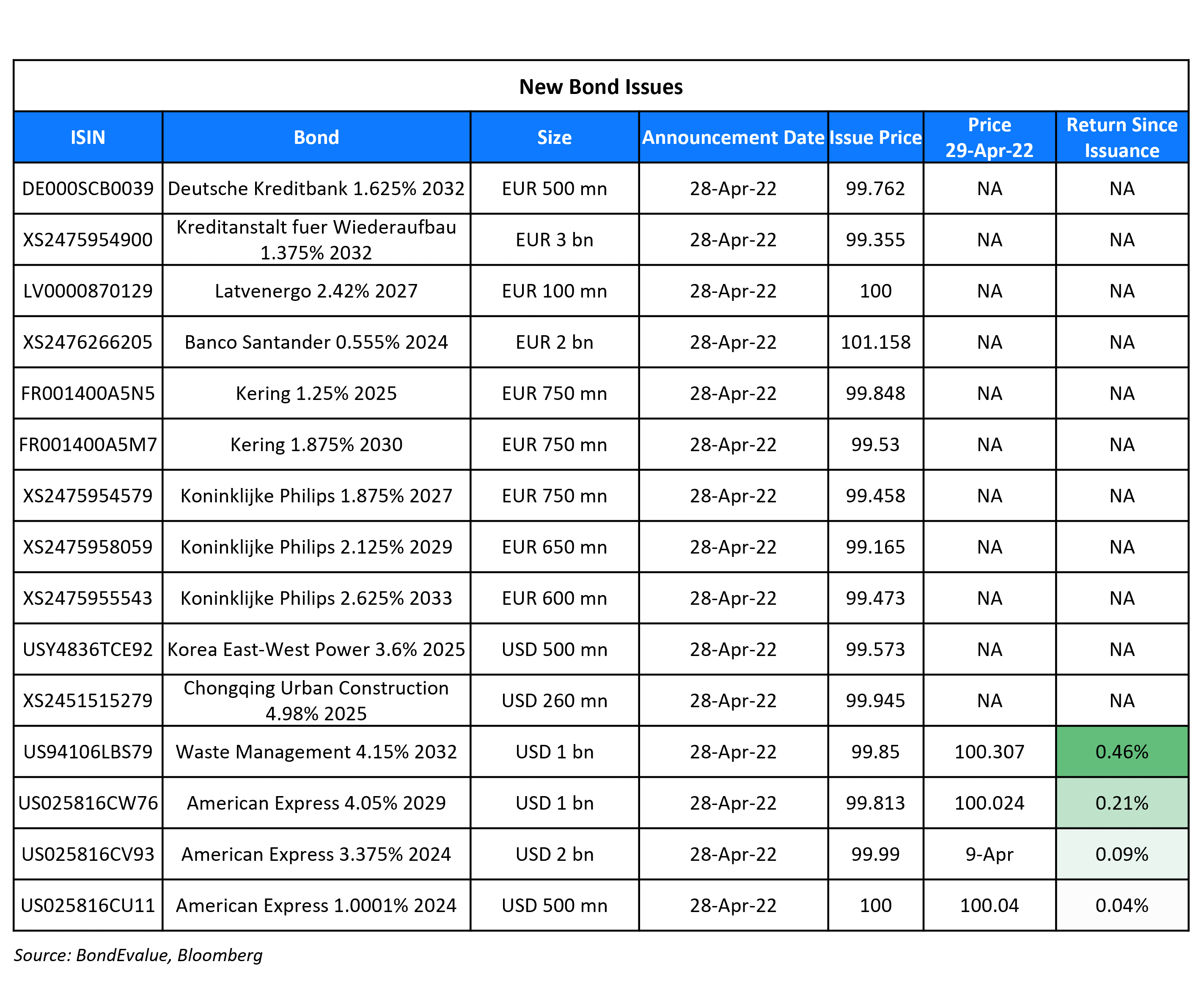 Korea East-West Power raised $500mn via a 3Y green bond at a yield of 3.752%, 35bp inside initial guidance of T+130bp area. The bonds received orders over $2.75bn, 5.5x issue size. The bonds are sold under its green and sustainability bond framework which aims to reduce GHG scope 1 and 2 emissions by 50% by 2035 from a 2018 baseline. Proceeds will be used to refinance or finance new and existing renewable energy and energy efficiency projects.

American Express raised $3.5bn via a three-trancher. It raised:

The bonds are rated A2/BBB+/A. An amount equivalent to the net proceeds from the sale of the sustainability notes will be used for new and/or existing eligible projects.

Chongqing Nan’an Urban Construction Development (Group) has raised $260mn via a 3Y bond at a yield of 5%, unchanged from initial guidance. The bonds are rated BBB. The Chinese local government financing vehicle (LGFV) (Term of the Day, explained below) of the Chongqing Nan’an district government plans to use the proceeds to refinance its $300m 5.88% bonds due June 18, 2022.

Local Government Financing Vehicles or LGFVs are debt-issuing entities set up by local governments in China to fund infrastructure and related projects. LGFVs came into existence because local governments were prohibited from raising debt directly. Hence, these local governments set up off-balance sheet entities known as LGFVs. LGFVs have become popular over the past decade and are regular issuers of Chinese yuan and US dollar bonds. While these issuers are backed by local governments, there were concerns among investors about their ability and willingness to repay debt driven by events in the past when LGFVs defaulted on their bonds.

Bonds, Pounded by Inflation Concerns, Get a Lift—From Inflation

“Rising yields, all else equal, reduce the relative attractiveness of equities compared with bonds”

“The Fed faces a hard path to a soft landing”

The impact of low inventories has been clear: In March, Asian investors sought to buy more than $1 billion of bonds overnight, and dealers didn’t have enough securities on their books to handle the demand. That pushed risk premiums on high-grade corporate bonds about 10 basis points, or 0.1 percentage point, tighter in one day last month, he said, an unusually sharp move. “We’re seeing moves like that, that didn’t historically happen, where dealers would have had the balance sheet to supply the bonds.”

“Dealers are facilitating trades, but not necessarily holding large inventories”

“Especially in high yield, low dealer inventory has made it harder to execute trades. We’ve had to get creative to build positions, using other methods like portfolio trading and ETFs… Back when I was trading we used to joke that the dealers would just stop answering the phones, and there are days now that it almost feels that way”

“With strong growth of consumer spending, business investment and employment in the first quarter, the U.S. economy was not in a recession at the beginning of the year. Growth should resume in the second quarter as the trade deficit and inventories become smaller headwinds.”

“A substantial drag from trade — a result of weak exports amid a global growth slowdown, coupled with robust imports due to strength in both domestic demand and the dollar — will prove temporary, with trade flows normalizing as the year progresses. 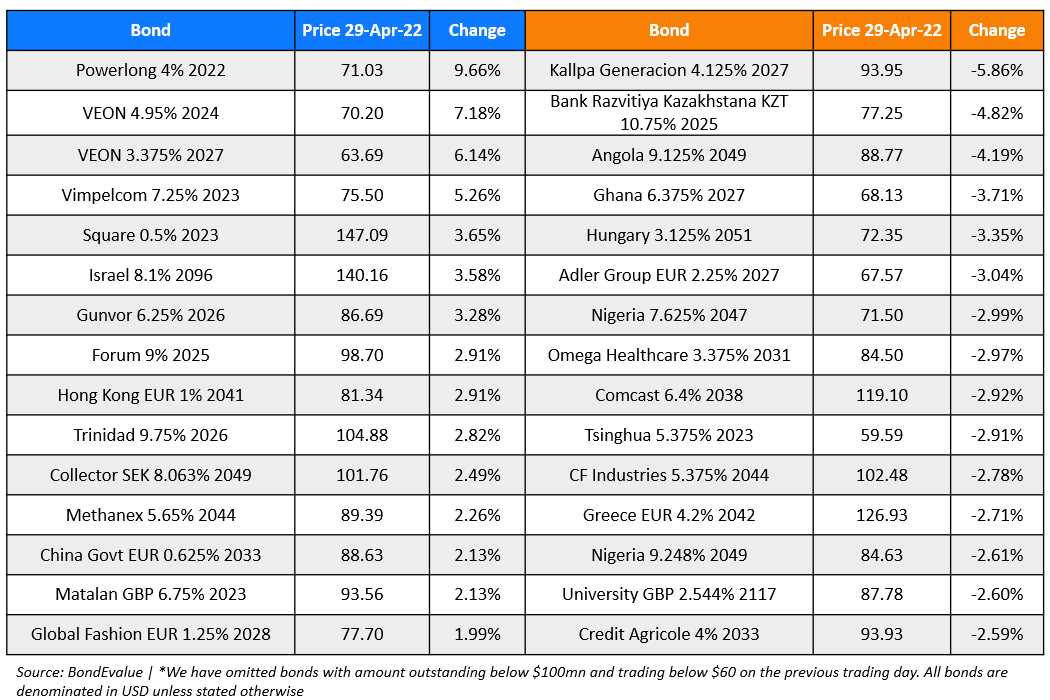