Bonds Rally After a Lower-Than-Expected CPI of 7.1% 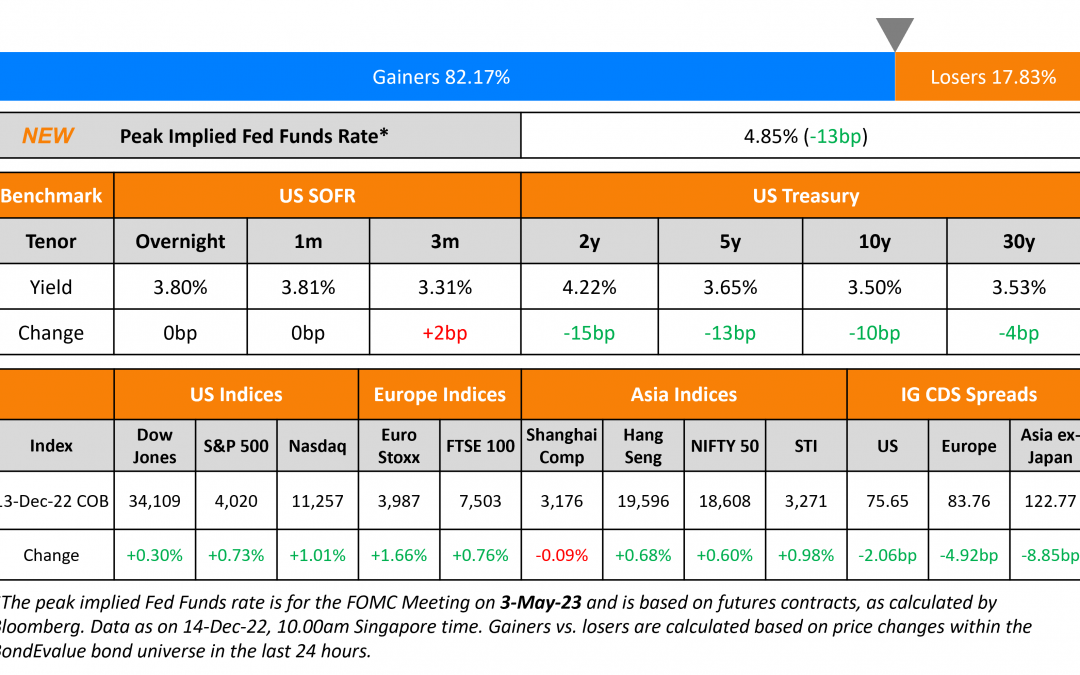 US Treasuries rallied sharply with yields lower by 15bp on the 2Y and by 10bp on the 10Y after the US CPI inflation print for November came at 7.1%, lower than expectations for a 7.3% print. Core CPI was also softer at 6% vs. expectations of 6.1%. The peak Fed Funds rate subsequently fell by 13bp to 4.85% for the May 2023 meeting. Inflation expectations measured by the difference between the nominal 2Y Treasury yield and that of similar maturity TIPS (Term of the Day, explained below) has now  fallen to 1.65% (165bp), levels last seen at end-2020. 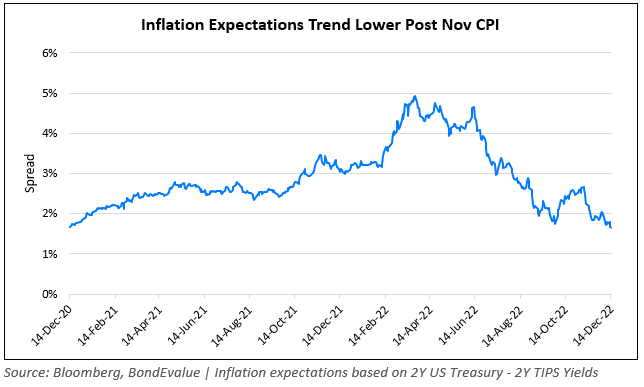 TIPS or Treasury Inflation-Protected Securities are fixed income securities issued by the US Treasury whose returns are linked to the inflation rate. TIPS provide investors protection against inflation by adjusting the principal higher with inflation and lower with deflation, as measured by the Consumer Price Index (CPI). At maturity, investors are paid the higher of the adjusted principal or the original principal. Interest on TIPS is fixed, paid out twice a year and is applied to the adjusted principal. As investors expect inflation in the US to climb higher, demand for TIPS is likely to increase.

“The Fed has ample room to decelerate the pace of hikes. It gives them room to stop hiking early next year but they are still going to want to send the message that they are going to want to hold rates — as opposed to signaling cuts that the market’s got priced in”

On Investors seeing returns in depressed Asian dollar bonds, but risks too

“Because of the prolonged distress, I think there is a lot of mispricing. And you can afford to have your (risk) threshold high and get involved… you need some guts and understanding of companies’ operations and liabilities. You can pick and choose, just because everything is really, still, quite cheap”

“While we have participated in the rally (because of existing positions), we haven’t increased. Investors who have invested a large amount in South Asia, in India or Indonesia may now reallocate to North Asia with China opening up”

“We believe 2023 will be the year for Asia IG, given its once-in-a-decade yield, cheap spread valuation, lower US Treasury yield and supportive fund inflows”

“Risks of defaults have receded in the short term, and we still see scope for credit of quality developers to outperform” 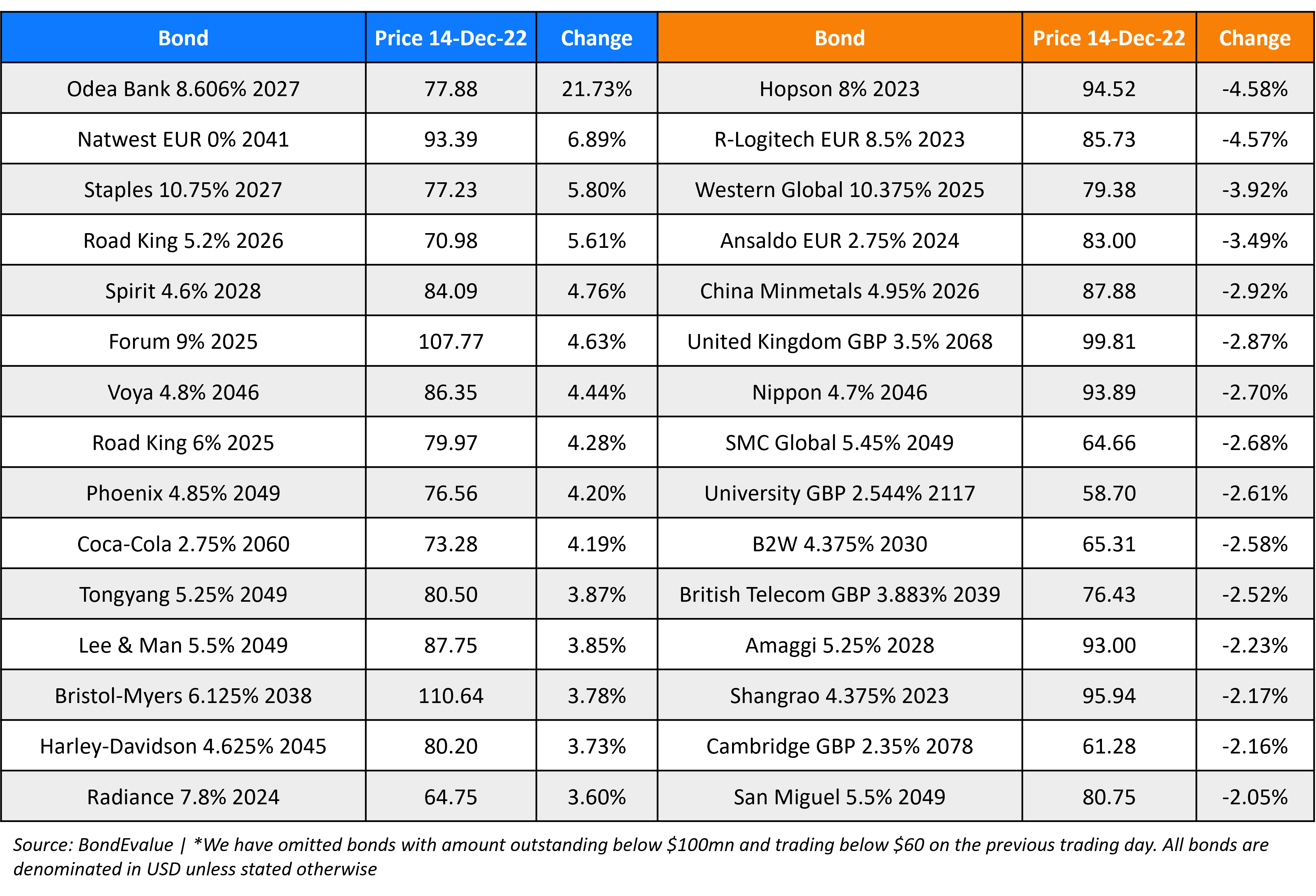