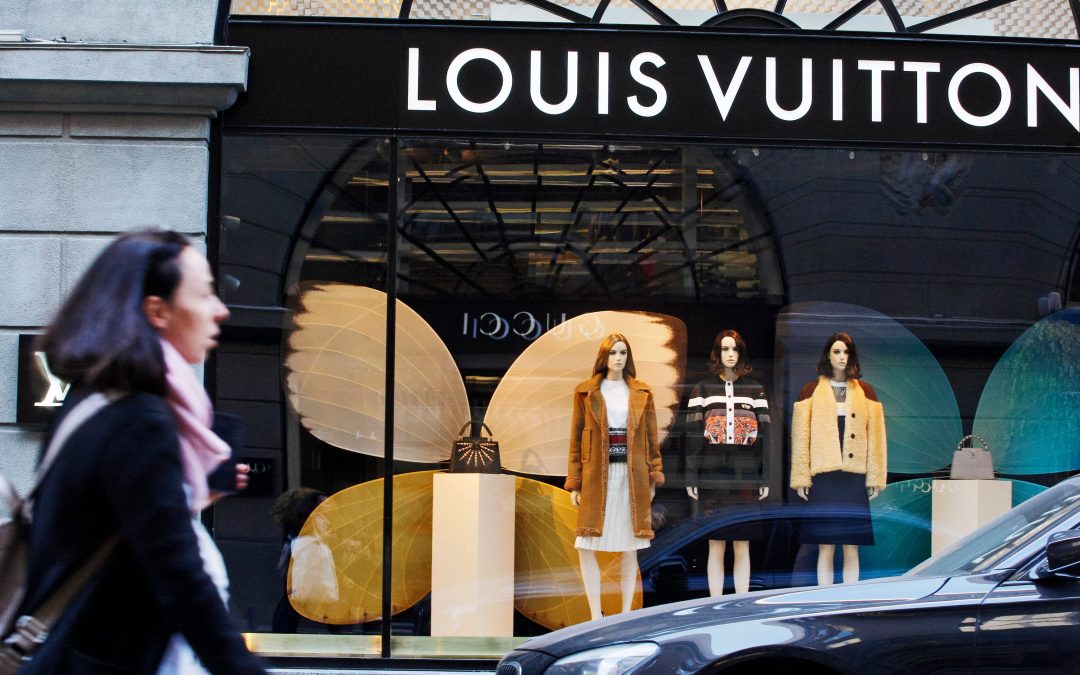 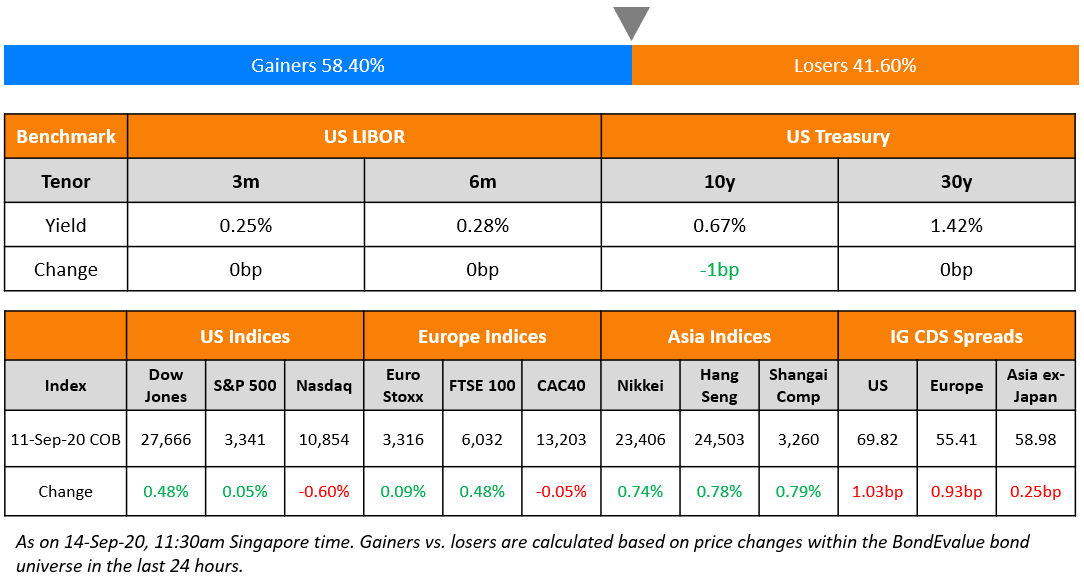 Mixed session on Friday as a lack of news failed to give any strong direction. Technology stocks suffered for another day with the Nasdaq down 0.6% but the S&P was flattish and DJI inched up 0.48%. European shares ended the session pretty flat. US August CPI came out at a higher than expected 0.4% rise but caused Treasury yields to ease only around 1bp. European and US IG CDS spreads widened 1.5bp. Markets are awaiting the Fed’s assessment of the economic recovery this week for further cues. Asian markets are opening on a positive note this morning despite the lack of any significant news over the weekend. 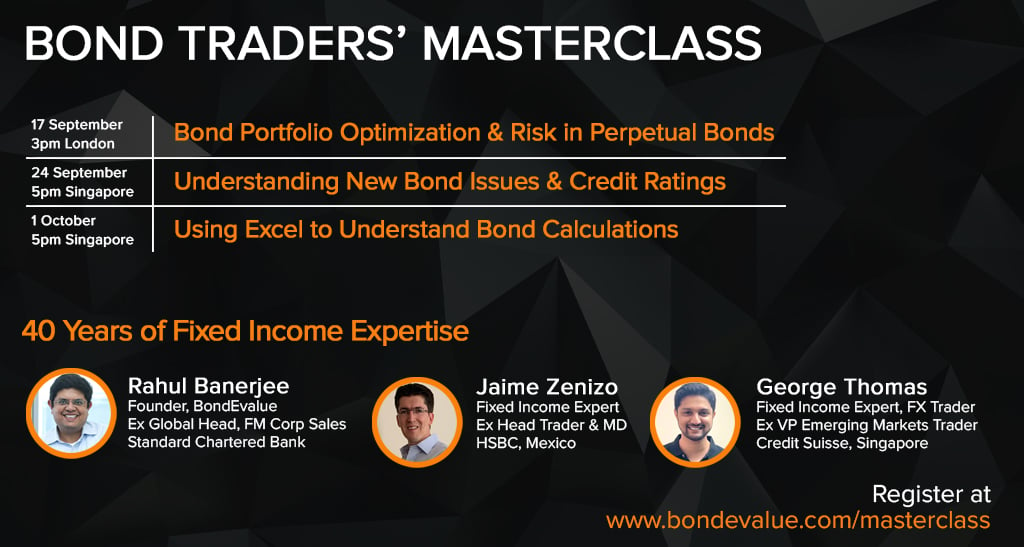 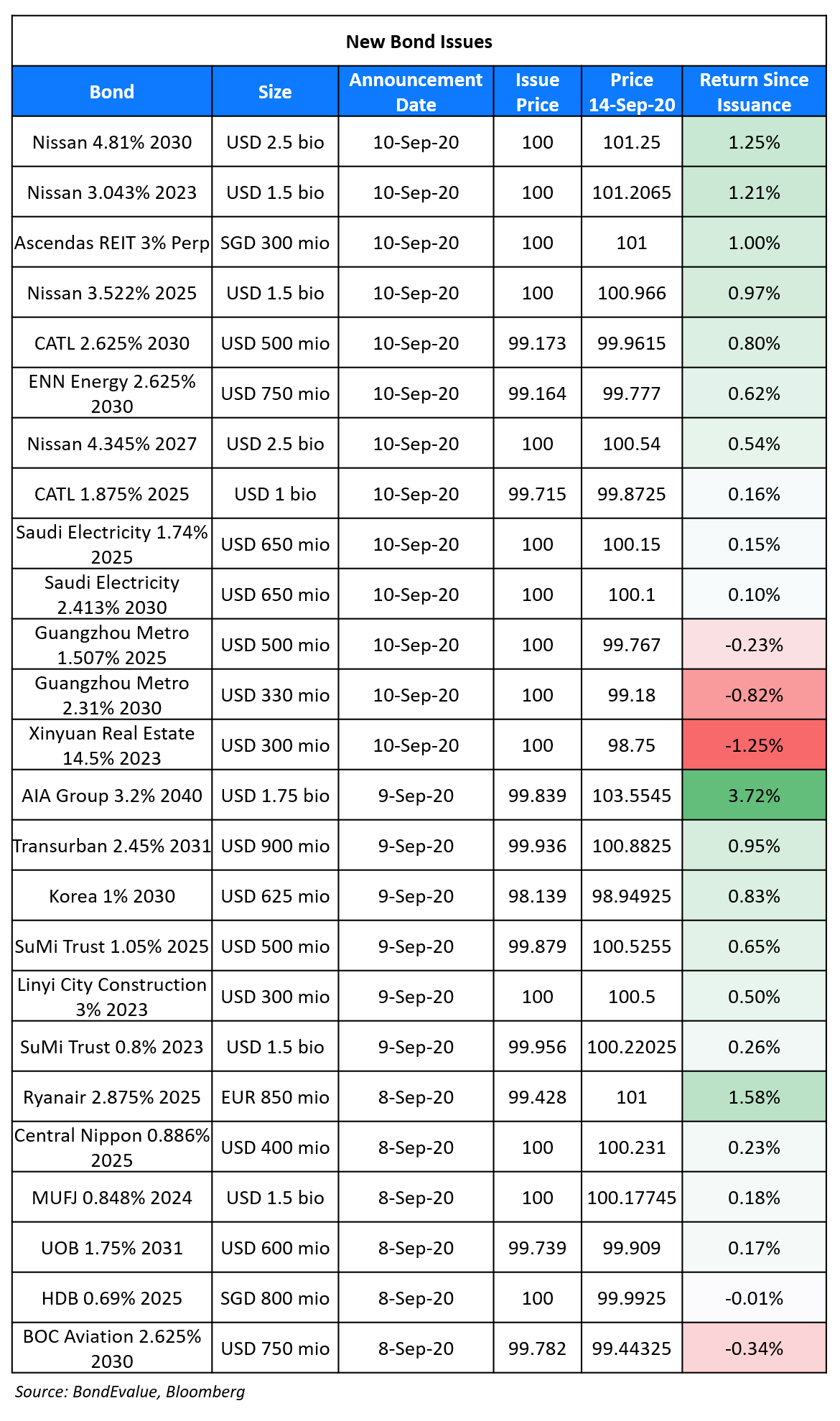 Ghana Long-Term Rating Lowered To ‘B-‘ From ‘B’ On Fiscal Deterioration; Outlook Stable

Rolls-Royce PLC Downgraded To ‘BB-‘ And Placed On CreditWatch Negative

Alfa Downgraded To ‘BBB-‘ From ‘BBB’ On Portfolio Reorganization And Pressure On Credit Metrics, Outlook Stable

Moody’s Downgrades Turkey to B2 from B1

Moody’s downgraded Turkey further into junk territory on Friday while maintaining a negative outlook on the sovereign. The credit rating agency downgraded the transcontinental nation to B2 from B1 based on three key drivers:

The negative outlook represents the rating agencies view that the fiscal metrics could deteriorate further at a faster rate. This is the third consecutive downgrade of Turkey by Moody’s and follows its downgrade to B1 in 2019 and Ba3 prior to that in 2018. Fitch and S&P’s rating of Turkey are higher at BB- and B+ respectively. The table below shows Turkey’s credit rating history since 2016.

French luxury goods company LVMH announced last week that it will be pulling out of its $16bn acquisition of US jeweler Tiffany & Co. The company said that it was asked by the French government to delay the transaction for leverage in trade talks with the US. However, word on the street is that LVMH boss Bernard Arnault changed his mind and used his clout to get help from the French government to wiggle out of the deal. The fight has gotten ugly as Tiffany filed a lawsuit against LVMH to enforce the initial acquisition agreement. LVMH in turn filed a counter-suit stating that performance of Tiffany’s management during the pandemic was “very disappointing” and criticized the company’s decision to pay a dividend in times of a crisis. Holders of LVMH’s €9bn worth of bonds issued this February to fund the acquisition are now left guessing on when the bonds will be redeemed. The bonds, issued in seven tranches with five denominated in euros and two in sterling, fell with the rest of the market in late March to 90 levels before recovering to trade close to par currently. Gordon Shannon, a portfolio manager at Twenty Four Asset Management said, “A number of the bonds are a pretty good value proposition if the acquisition falls through, as there are calls at par or slightly above.

Moody’s upgraded AMD’s senior unsecured credit rating to Baa3 from Ba3 and also withdrew its corporate family rating of Ba2. At a time when the world has witnessed a record number of downgrades, this upgrade of three notches is unique as it pushes the company up into investment grade category from junk territory, making it a rising star (Term of the day, explained below). Moody’s upgrade is based on expectations of strong operating performance and balance sheet financial policies as well as the release of security on the company’s previously secured $500mn credit facility. According to the report, “AMD’s credit profile reflects the company’s strong performance and outlook, driven by continued design wins, market share gains, and an expanded set of product offerings and customers. With recent new product launches, we expect strong revenue growth in 2020 driven by new desktop, mobile, server, and graphics chips, and the launch of semi-custom revenue related to game consoles in the second half of 2020. Additionally, already low leverage will continue to decline while the company’s liquidity profile remains excellent.” The rating agency forecasts revenues of $8.9bn in the year with a ~20% growth projected in 2021 and gross margins of ~45% this year. The company has very low debt levels, which are likely to decline further with improved performance. The adjusted gross debt to EBITDA will be ~0.5x in 2020. The stable outlook reflects expectations that AMD will sustain its strong performance with its broadened product positioning, and prospects for improved operating performance and cash generation over the next year. The partnership with TSMC on chipsets also has the potential to accelerate gains over Intel, which is facing manufacturing issues delaying its release to 2022. AMD’s 7.5% bonds due 2022 were largely stable and traded at 112.

Vedanta, the London-base metals and mining conglomerate controlled by billionaire Anil Agarwal is in talks with banks for a dollar loan worth $600mn to complete the privatization of its Indian subsidiary Vedanta Ltd. According to Bloomberg, borrowing by Vedanta Resources has pushed up dollar loans of Indian companies to fund privatizations and acquisitions and will allow Indian borrowers to get ~$2.6bn of dollar event-driven loans this quarter, making this the most active since 2019 Q1. This comes a month after the company raised $1.4bn via 3Y amortizing bonds. Other companies seeking dollar loans include Baring Private Equity Asia’s $600mn dollar event-driven loan to fund its delisting of Hexaware Technologies Ltd and KKR’s $206mn to finance the purchase of a controlling stake in JB Chemicals and Pharmaceuticals Ltd.

Pacific Century Group has launched a consent solicitation on its $387.5mn 4.75% and $250mn 5.5% bonds due 2024. Hong Kong-based businessman Richard Li’s company is seeking bondholder approval to change the guarantor on its notes from PCGI Limited and PCGI Intermediate Holdings for the 4.75% and 5.5% respectively to PCGI Holdings, which is another group entity. It is also seeking more flexibility in an event of a sale or merger of one of its issuers, insurer FWD or other subsidiaries of PCGI Holdings. PCGI is offering an early bird consent payment of 0.15% of the aggregate principal to holders that give their consent by the early bird deadline of September 21. The consent solicitation expires on October 2.

In related news, Central China Real Estate also launched a consent solicitation on seven of its dollar bonds to align the terms on its 7.65% bonds due 2023 and 7.25% bonds due 2024. Central China said that the change in proposed terms is to give more flexibility to pursue business opportunities and make investments . It is offering $2 per $1,000 of principal for consent, which ends on September 2023.

Rising stars are companies that have recently seen credit rating upgrades that pull its rating to investment grade category from its previous junk or high yield category. They are termed as rising stars as their financial and/or operational metrics show an improving trend. Advanced Micro Devices (AMD) is the latest rising star among US corporates as its senior unsecured bonds got a three notch upgrade from Ba3 to Baa3 by Moody’s.

The opposite of rising stars are fallen angels, which are issuers that have been recently downgraded to junk category from its previous investment grade rating category.

“Inflation remains far below the aim and there has been only partial progress in combating the negative impact of the pandemic on projected inflation dynamics,” Lane said. “The recent appreciation of the euro exchange rate dampens the inflation outlook. Over the coming months, a richer information set will become available that will help to inform the calibration of monetary policy,” the ECB chief economist wrote.

“Our accommodative monetary policy needs the support of fiscal policy, and none of us can afford complacency in the present time.”

Mr Lane “sounds much more alarmist than [Ms] Lagarde did yesterday”, said Brzeski. “It is indeed another attempt to correct the message from a governing council meeting already less than 24 hours later,” Mr Brzeski said.

On the amount of bonds that the government can issue – Yoshihide Suga, Japan’s Chief Cabinet Secretary

“Only when we have economic growth can we push through fiscal reform. What’s most important is to create jobs and protect businesses,” Suga said.

“I don’t think so,” he said, when asked if there was a limit to bond issuance. “What’s important now is to improve current (economic) conditions,” he added. “Japan’s GDP suffered its biggest postwar contraction in the second quarter, so we need to do whatever it takes to support growth. We have reserves set aside, so we can of course tap that. But if additional steps are necessary, we would act,” he said.

“The market definitely needs more from the Fed now,” said Markowska. “The Fed will be undershooting on inflation for the better part of four years, so why wait to do more? And inflation expectations have already been fading.”

On expectations of a dovish Fed, unlikely to offer more monetary policy details at upcoming meeting

“The market is concerned the Fed is not going to give us explicit readings on their plans for monetary policy,″ she said. “There is a tug of war between those who say buy chips now because inflation is moving higher, versus those why are saying deflationary forces are still weaving their way into the economy,” said Krosby.

“My sense is the Fed is going to keep saying it’s not worried about inflation. Its bigger worry is downside risks. They’ll repeat their call for fiscal stimulus which after this week seems less likely,” he said.

“There are also growing concerns on the macro outlook for some EM countries as the COVID-19 crisis unfolds. Higher fund closures are likely a reflection of the asset managers responding to investors’ lack of demand. The economic equation just doesn’t work for a lot of these funds and a lot are being closed as probably they’re not profitable or asset managers don’t see a reversal of flows,” he said.

“Airport credits are normally as resilient as electric utilities and have been tested by 9/11, global recessions, pilot strikes and airline bankruptcies, but this pandemic tops them all,” Horn said.

In a note by Astra Castillo and Rosa Cardiel, Fitch Ratings analysts

Fitch Ratings has the notes on rating watch negative “to reflect the possibility that liquidity within the Mexico City airport trust could rapidly erode,” analysts Castillo and Cardiel wrote.

“Sovereign support is high and this is a relatively easy problem to solve,” he said. “I’m positive on the bonds, though I recognize there’s some indigestion in the near-term given they’re exposed to the terrible airline sector,” Gifford said. It’s “just a matter of time until they trade back at par.”

“Under the new model of vertical integration – extraction, production and refining – the logic would probably be that its debt should be held in pesos because so will be its revenues,” Yorio said late on Wednesday. “The commitment, and the president has made this very clear, is to support Pemex in the first half of his administration so that it can support us in the second half,” Yorio said. “Pemex is a very valuable asset.” 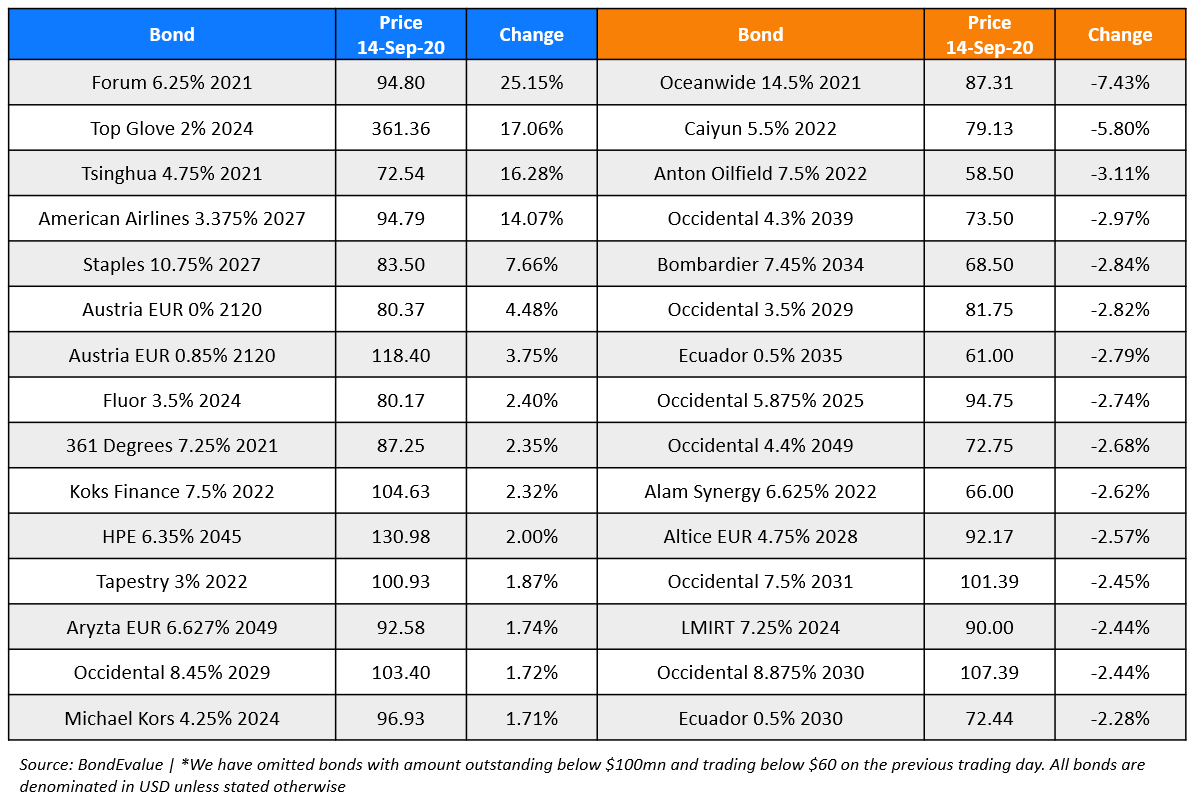