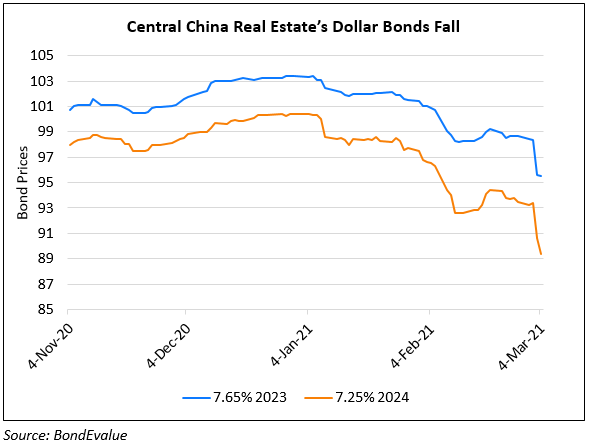 The Chairman of China Banking and Insurance Regulatory Commission (CBIRC), China’s banking regulator said that risks in the property sector are increasing and called it a “bubble”. Mr. Guo Shuqing, the Chairman said, “Many people buy homes not to live in, but to invest or speculate. This is very dangerous” and noted that his worry was focused on a steep fall in property prices. As WSJ reports, roughly a fifth of bank loans are in the form of home loans and most credit is collateralized by real estate. Authorities have taken steps like capping bank lending to the sector, making restrictions on home purchases etc. yet home prices have moved higher 3.9% YoY in January. Average new home prices in 70 major cities increased 0.3% in January from a month earlier, the fastest growth since September. Mr. Guo said that Chinese banks had disposed CNY 3.02tn ($470bn), in bad debt last year and a total of CNY 8.8tn ($1.4tn) between 2017 and 2020 – roughly equal to the previous 12 years combined.