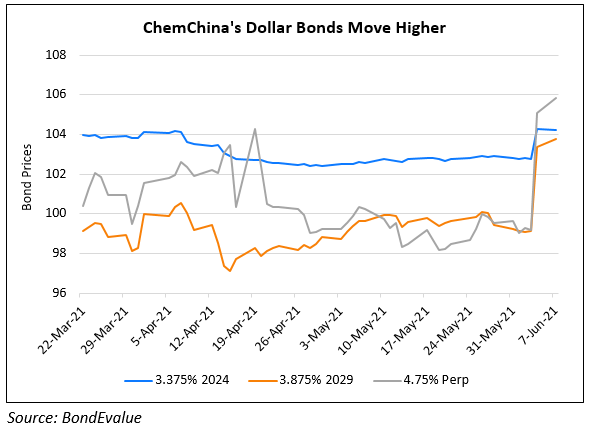 Dollar bonds of ChemChina rallied 4-6% after it was excluded from US’s list of Chinese companies released last week that ban US investors from investing in them. This is a relief for ChemChina since the beginning of the year, when JPMorgan noted that debt issued by ChemChina and CNOOC were in focus given its holding by US based investors. At the time, they said that ~$1bn of forced selling occurred in ChemChina’s bonds and another $1.3bn expected.