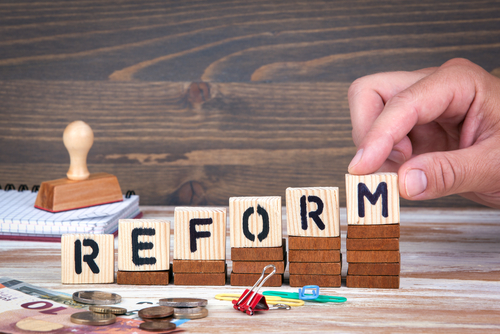 China has launched a series of new equity investment funds led by state run investment firm, China Reform Holding Corp, to help reform its State Owned Enterprises (SOEs). The state asset regulator is responsible for most of the country’s SOEs except financial firms, which come under the purview of financial regulators. The funds, worth CNY 70bn ($11bn) aim to improve corporate governance and financial health of the SOEs, in a bid to make them more commercial viable. The first tranche of CNY 35bn ($5.5bn) will be deployed in six cities of Shanghai, Shenzhen, Shenyang, Hangzhou, Xi’an, and Qingdao.
The move comes after a series of defaults by SOEs and the ongoing delays in the release of results of China Huarong Asset Management Co, which is one of the four major state-owned asset managers. Beijing’s silence on the Huarong saga puts into question the extent of support that would be provided by the state to SOEs.
For the full story, click here