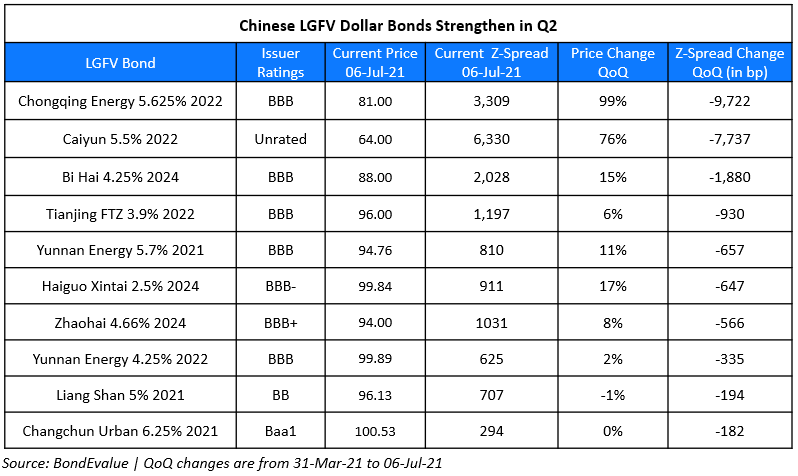 Average yields on bonds of Chinese Local Government Financing Vehicles (LGFVs) (Term of the day, explained below) have tightened about 80bps in the last quarter, as per credit research firm CreditSights. They cite supportive measures from the state governments such as establishing debt contingency funds, stating, “the faster than-expected debt restructuring of a few defaulted SOEs and the absence of large SOE defaults year-to date have also helped to boost market sentiment.” For example, Yongcheng Coal that defaulted last November made a repayment of a note in June. CreditSights expects the LGFV sector’s dollar bond issuances “to remain active” in the second half of this year adding that the Chinese government is focusing on “ensuring a stable refinancing environment for weak LGFVs while curbing the growth of new debt of LGFVs owned by weak local governments.” In the table below, we have listed the top 10 dollar LGFV bonds that have seen a tightening in z-spreads in Q2.