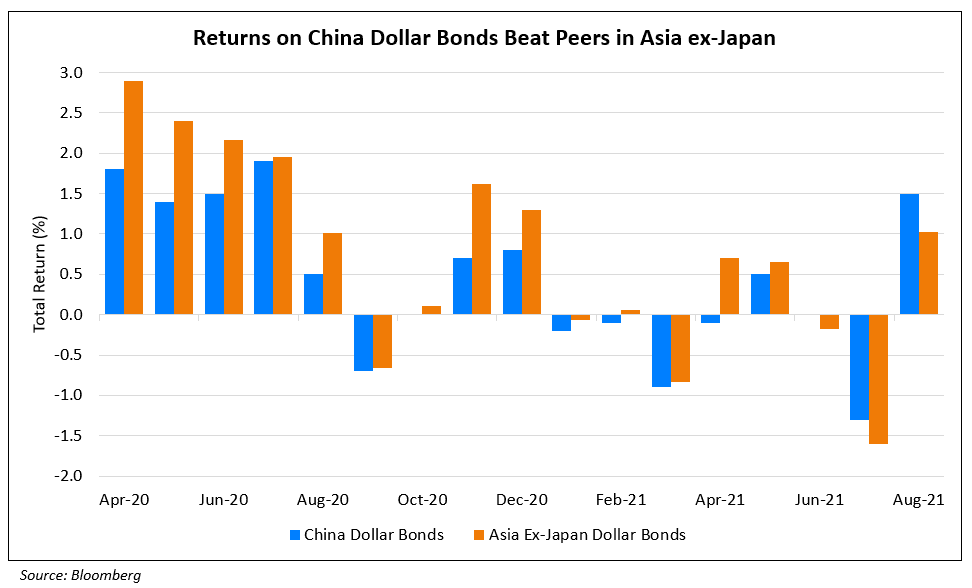 China saw the highest returns in Asia for corporate bonds in August after two months of losses, with total return on corporate dollar bonds at 1.5%, its best performance since July last year. This was higher than the gain of 1.1% from broader Asian emerging market bonds, the 1.0% return from Asia ex-Japan and the 0.7% return from Southeast Asian peers.

China’s strong performance last month was buoyed by the bail-out of distressed debt manager China Huarong Asset Management Co which helped to ease investor concerns, amidst a backdrop of a regulatory crackdown in the private sector and growing trouble for one of the nation’s largest property developer China Evergrande Group. According to Winson Phoon, head of fixed income research at Maybank Eng Kim Securities, the spread of China’s high-yield credit was sufficient to support “a near-term respite” but medium-term risks continue to threaten China’s high-yield market as the government looks to reform the debt-laden property sector.