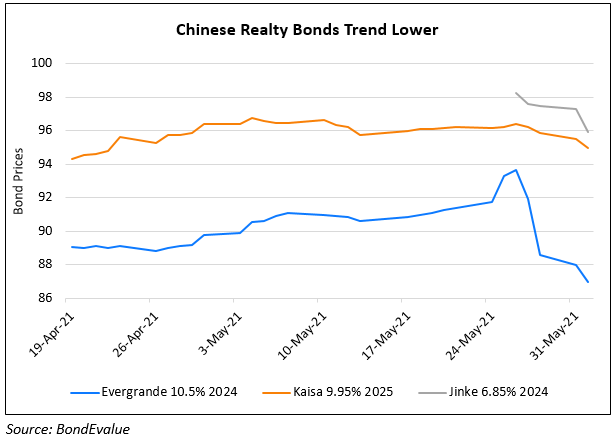 Bonds of Chinese property developers trended lower led by China Evergrande, whose bonds have been moving lower for the last four days after a Caixin report stated that the regulator CBIRC launched a probe into the company’s transactions with Shengjing Bank Co. Besides Evergrande’s bonds, those of Kaisa have also slowly moved lower recently. Another Chinese developer Jinke Properties saw their new dollar 6.85% bonds due 2024, rated B+, fall soon after pricing on May 25 to currently trade at 95.95 from an issue price of 98.282.