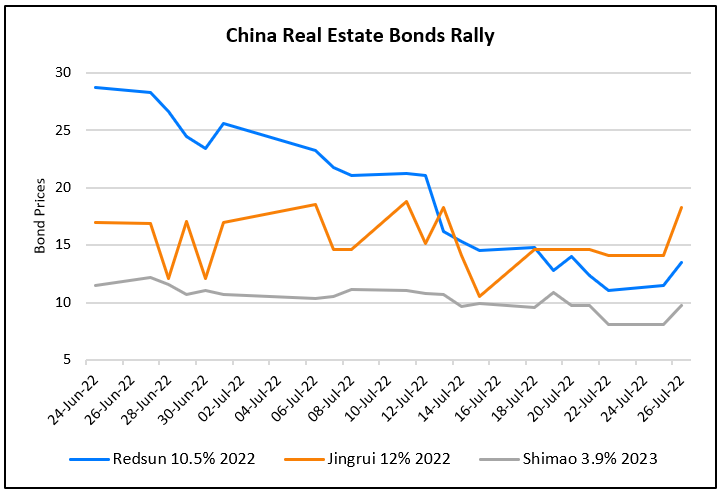 China plans to set up a real estate fund of up to RMB 300bn ($44bn) to stabilize its debt-ridden and distressed real estate sector. Property developers have been suffering from declining revenues, massive defaults and a wave of mortgage boycotts across China, where homebuyers have refused to pay their mortgage loans due to continuous delays in the construction projects. China State Council has already approved a support plan for 12 developers and few distressed real estate firms nominated by local authorities, reported by emerging market news agency REDD. It further added that the fund secured RMB 50bn ($7.4bn) from China Construction Bank (CCB) and a RMB 30bn relending facility from the People’s Bank of China (PBOC). The funding can be upsized to RMB 200-300bn ($29.6-44.4bn).  As per REDD, China is also considering a national policy for issuance of special bonds for unoccupied properties’ redevelopment. The fund will be used to bankroll the purchases of incomplete home projects, start completing construction, and then rent them to individuals to boost rental housing. Additionally, the fund could be utilised to buy financial products issued by the developers or finance state buyers’ acquisitions of projects. Amy Xie Patrick, a portfolio manager at Pendal Group said, “The mortgage boycott is effectively forcing Beijing to ease credit conditions for developers. The real estate fund, if confirmed, is a stronger initiative compared to previously guiding state banks to lend to property developers, but it won’t be enough to solve the problem unless it can be capitalized by a blank cheque from the Chinese government.” China property stocks and bonds gained, pushing the Hang Seng Mainland Properties Index up 3% on Monday post the news.