Chinese LGFVs’ Dollar Bonds from Yunnan and Chongqing Sell Off 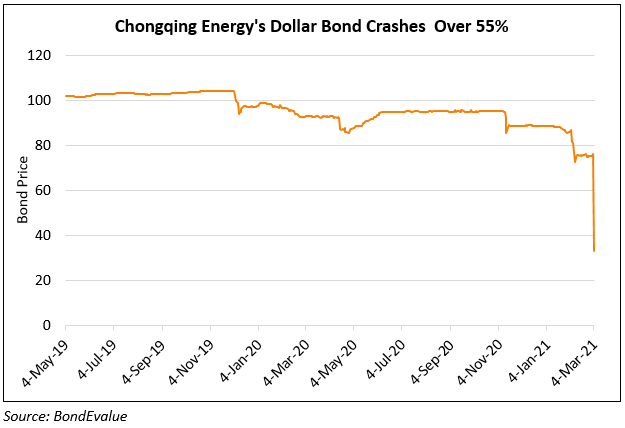 Risks around Chinese state-owned enterprises (SOEs) have once again made headlines. Yunnan Energy’s bonds sold-off after Fitch withdrew its ratings and more recently, Chongqing Energy Investment Co failed to repay CNY 915mn ($142mn) of local debt in the beginning of this month. This has sparked a sell-off in other Chinese Local Government Financing Vehicle’s (LGFV) bonds, particularly from the Yunnan and Chongqing region, as per IFR. Zerlina Zeng, an analyst at CreditSights said that the credit event is likely to result in short-term price volatility of dollar bonds issued by SOEs and LGFVs in Chongqing and other weak provinces such as Yunnan. IFR cites Nomura’s note which said, “We believe all Yunnan SOEs have potential contagion risks considering their similar business nature as SOEs, similar bank support, and large onshore bond refinancing needs in the short term, which depends heavily on onshore investor sentiment for Yunnan as a region.”

Chongqing Energy’s local default includes an obligation of CNY 685mn and CNY 230mn ($106mn and $36mn) to Ping An Bank and China Zheshang Bank Co. according to a person familiar with the matter. This comes after prominent SOE defaults last year including Yongcheng Coal and Huachen Auto.