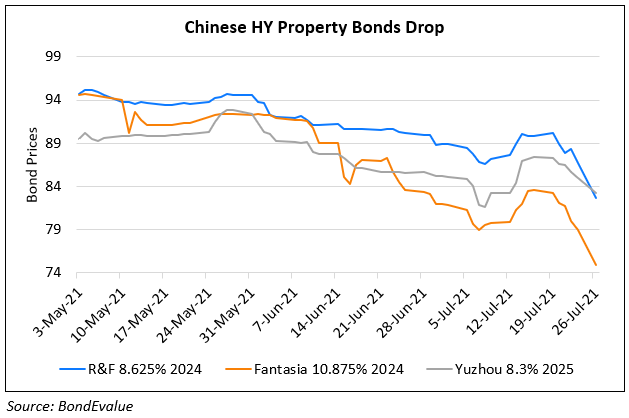 Bonds of Chinese property developers Fantasia, R&F Properties, Yuzhou and Evergrande fell as Chinese officials reiterated their tougher debt and financing restrictions on the sector, along with its rhetoric on refraining from using real estate to stimulate the economy in the short term, as per Bloomberg. Securities Daily cited an official saying that regulators will enforce banks’ management of real estate loans, perfect rules including the “three red lines”, and strictly scrutinize and punish where business/consumer loans are improperly used for real estate purchases. Bloomberg Intelligence analyst Patrick Wong said, “This reiterates the stance as we can see so far this year, the government is still not willing to relax the market despite rising concerns that some developers may face difficulty”.