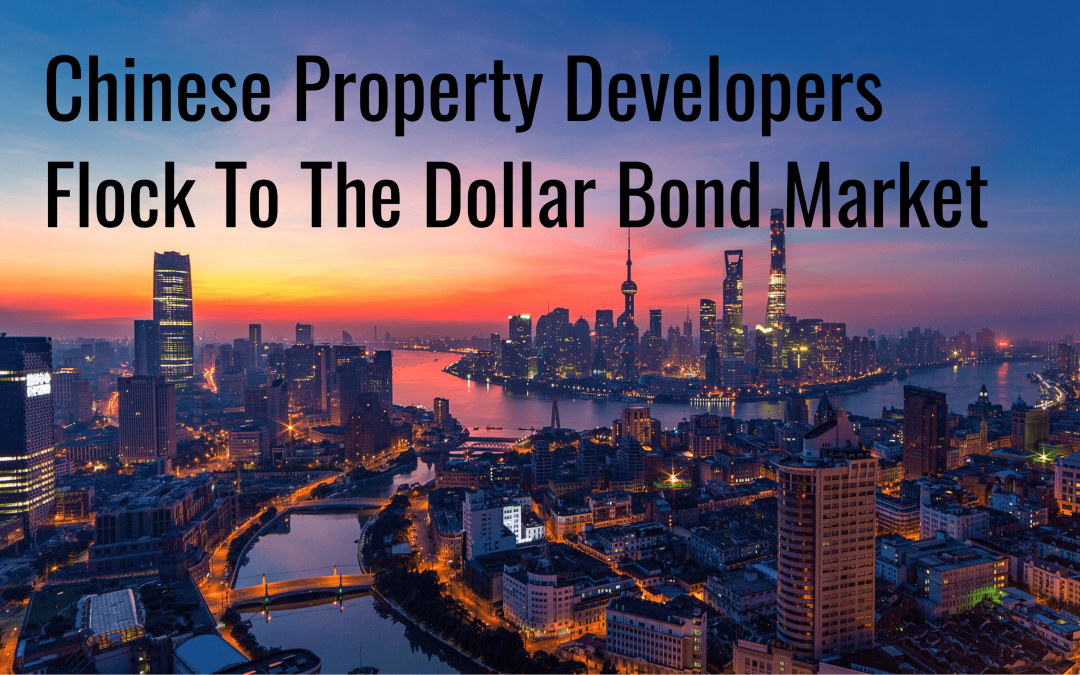 Chinese real estate developers have rushed to the dollar bond markets in the new year following strong investor appetite for bonds priced on Monday from peers Powerlong, Zhenro, Yuzhou and Shimao that received orders 6-22x issue size. Combined issuance from developers on Tuesday stood at $3.06bn. We have summarized the new deals in the table below, along with the three-red-lines metrics for each of the issuers. 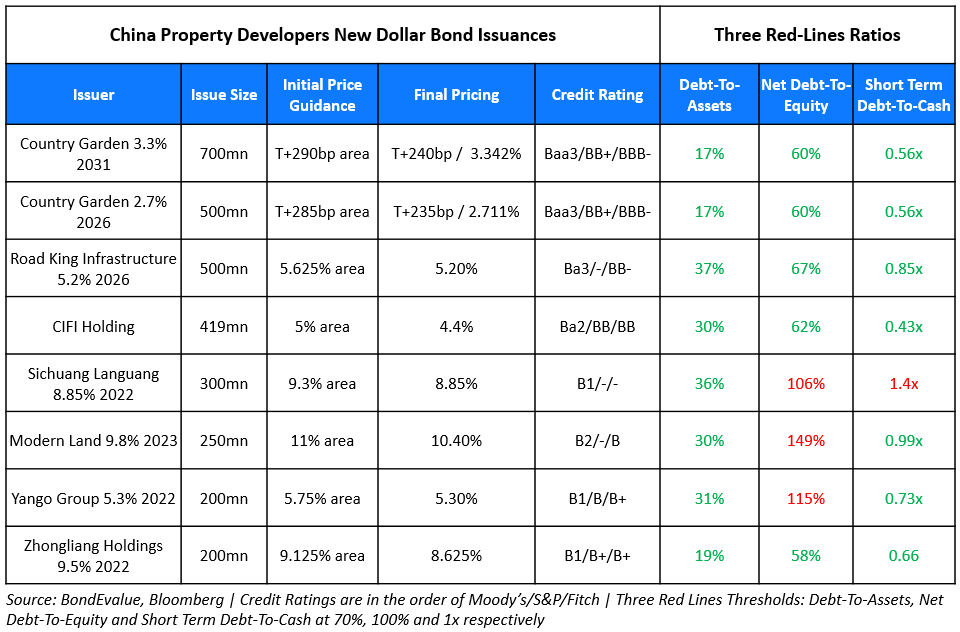 Yango Group’s bonds are unrated and received orders of over $800mn, 4x issue size. Yango Justice International is the issuer and Yango Group is the parent guarantor. Proceeds will be used for refinancing offshore debt.

Modern Land (China’s) bonds have expected ratings of B3/B and received orders over $3bn, 12x issue size. Proceeds will be used for debt refinancing. The bonds were priced at a new issue premium of 40bp over their 11.5% 2022s that currently yield 10% in the secondary market.

Road King Infrastructure’s bonds have expected ratings of Ba3/BB- and received orders over $3.2bn, 6.4x issue size. Proceeds will be used for refinancing and general corporate purposes. The bonds were priced in line with their 6% 2025s that currently yield 5.2% in the secondary market.

Sichuan Languang’s bonds are unrated and received orders over $1.7bn, ~5.7x issue size. Asia Pacific took 99% of the bonds and offshore US accounts took 1%. Fund managers, asset managers and hedge funds booked 88%, banks and financial institutions 8%, and private banks 4%. Hejun Shunze Investment is the issuer and the Shanghai-listed parent company is the guarantor. Proceeds will be used for offshore debt refinancing. Sichuan Languang has also launched a tender offer for its outstanding $192mn 9% bonds due 2021 at $1,006.5 plus accrued and unpaid interest for every $1,000 in principal and the deadline is on January 12. The 9% 2021s currently trade at 100.48.