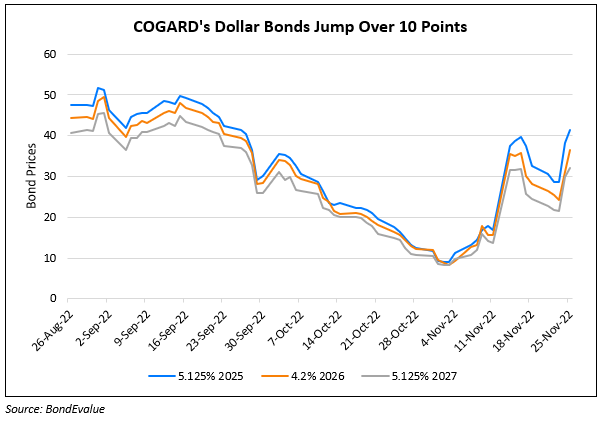 Li Kai, founder of Beijing Shengao Fund Management said, “The core of the policy is to build a firewall between developers that have already defaulted and those that haven’t”. While all of the above developers’ bonds rallied by over 1-2 points, COGARD’s dollar bonds saw a sharp rise by over 10 points.