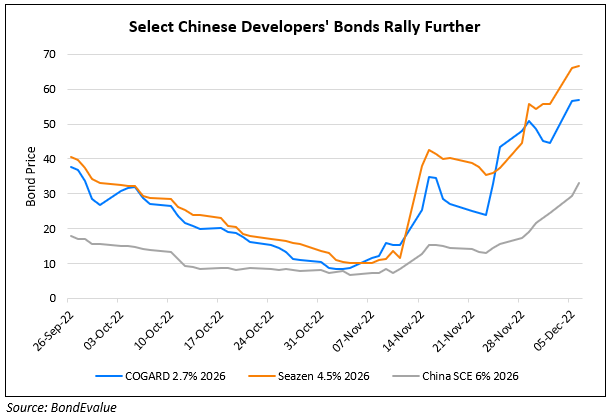 Some dollar bonds of Country Garden (COGARD), Seazen and China SCE jumped by over 20% yesterday, continuing the rally witnessed last week. The upmove comes on the back of a string of relief measures from Beijing to help the property sector:

COGARD in particular also plans to access funding markets by issuing bonds along with derivatives so that investors can have partial or full protection against default. Regarding the rally in COGARD’s bonds, Ting Meng, senior credit analyst at ANZ Bank China Co said, “It is a private developer with higher leverage than other quality names, so its bonds dropped more when the market was down. But it is also among developers that haven’t defaulted and one of those receiving policy help”.