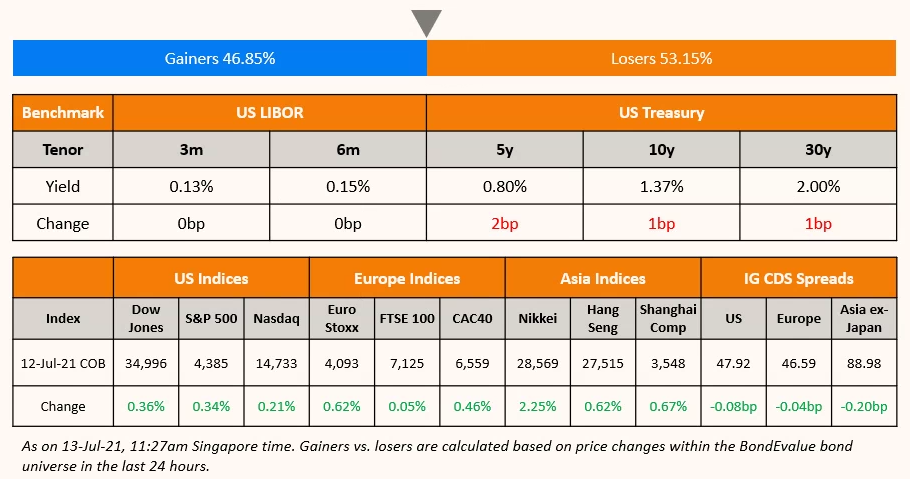 US Markets carved out another day of gains ahead of the earnings from the major US banks. S&P, up 0.4%, continued its record breading streak and Nasdaq, up 0.2%, inched closer to its record high. Most sectors gained with Financials, Real Estate and Communication Services up ~0.9% leading from the front. Tesla was the notable gainer, up 4.4% after the court testimony by Elon Musk. JP Morgan and Goldman Sachs were also up 1.4% and 2.3% ahead of the release of their 2Q earnings. US 10Y Treasury yields were only 1bp higher to 1.37%. European indices also continued their upward momentum – DAX, CAC and FTSE up 0.7%, 0.5% and 0.1% respectively. US IG and HY CDS spreads tightened 0.1bp and 0.5bp respectively. EU main CDS spread were flat while crossover spreads tightened 0.4bp. Brazil’ Bovespa was up 1.7%. Saudi TASI and Abu Dhabi’s ADX were up 0.1% and 0.4% respectively. China’s exports in June jumped 32.2% YoY while its imports were up 36.7%. Asian stocks also advanced – HSI up 1.8% led the gains. Nikkei, Shanghai and Singapore’s STI are up 0.8%, 0.3% and 0.5% respectively. Asia ex-Japan CDS spreads were 0.2bp tighter.

We are pleased to share that Capbridge, a Singapore headquartered online investment platform has joined the BondbloX Bond Exchange as a member. You may register yourself to trade fractional bonds in $1,000 denomination with Capbridge by clicking on below banner. You may also register and trade with any of our other members – full list available on https://www.bondblox.com/member-directory/” 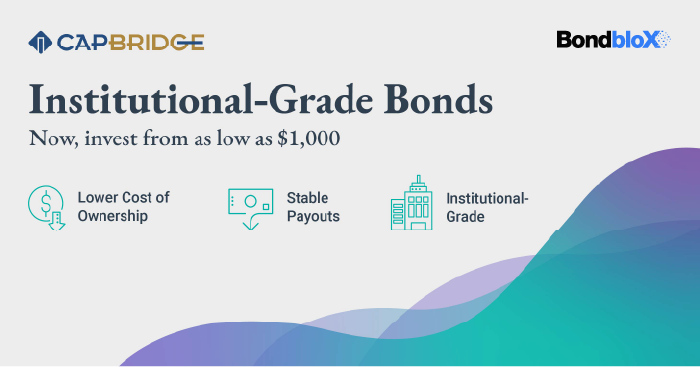 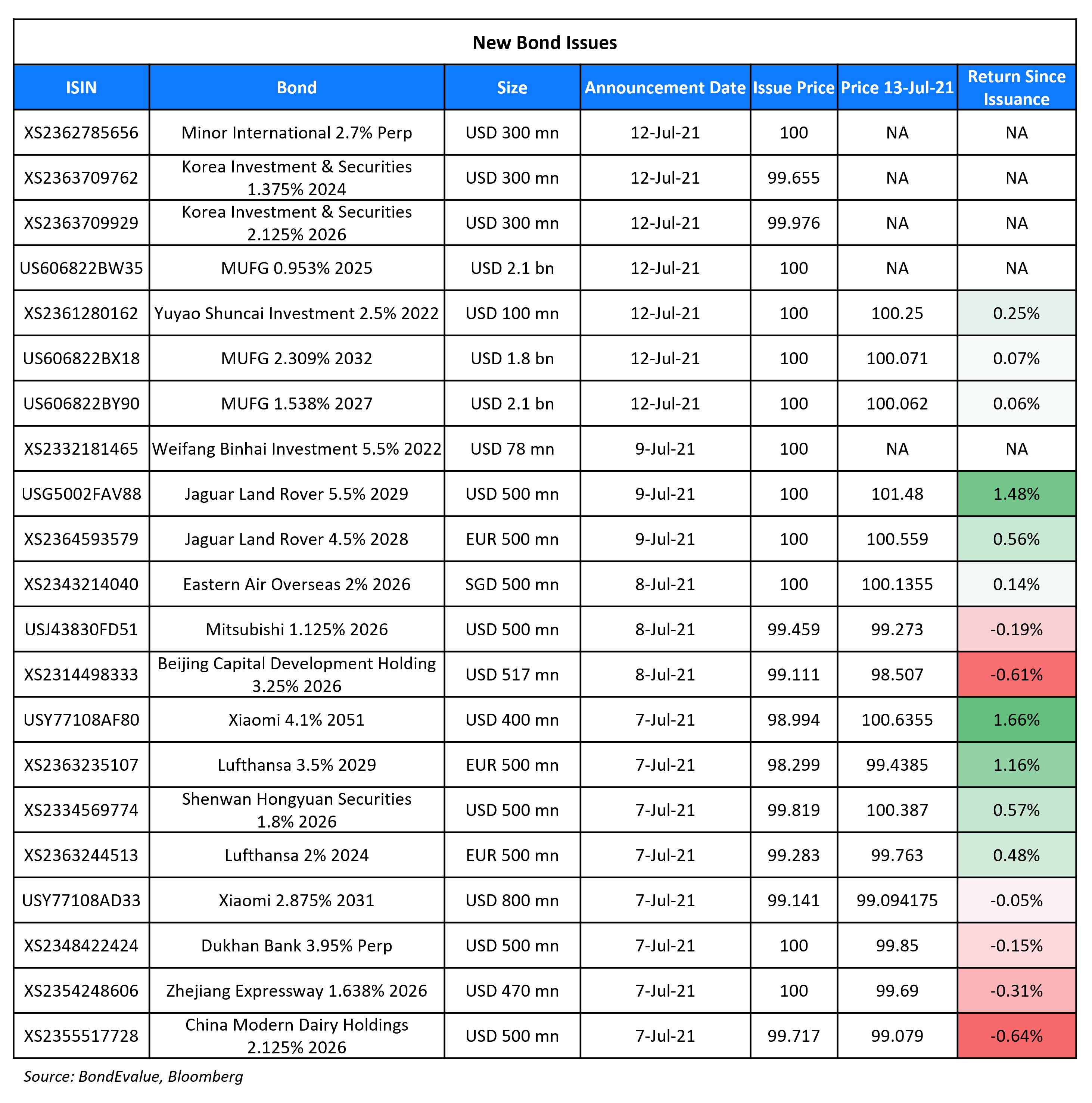 MUFG raised $6bn via a three-trancher. It raised:

The bonds have expected ratings of A1/A-/A- and received orders over $9.6bn, 1.6x issue size. Proceeds will be used to fund the operations of MUFG Bank and Mitsubishi Trust and Banking Corp through loans that are intended to qualify as internal TLAC debt.

Minor International raised $300mn via a PerpNC5 at a yield of 2.7%, 45bp inside initial guidance of 3.15% area. The bonds have expected ratings of Baa2/BBB, and received orders over $2.1bn, 7x issue size. The bonds will be guaranteed by Bangkok Bank (Baa1/BBB+/BBB), acting through its Singapore branch. Bangkok Bank will provide an irrevocable and unconditional guarantee on all sums due, subject to a maximum guaranteed amount. It will also purchase the bonds upon a bankruptcy or non-call event, also up to the outstanding payment obligations amount. The coupon is deferrable and will reset at the end of year five to the 5Y Treasury yield + 191.8bp. Proceeds will be used to fund a tender offer for any and all of its $300mn 4.661% Perps callable on December 4. Minor will pay $1,017.48 per $1,000 in principal, plus accrued interest, but will increase the purchase price to $1,018.98 if 75% or more of the principal amount of the securities are validly tendered. The offer ends on July 15. Its 4.661% Perps currently trade at 101.08, yielding 1.83%.

Yuyao Shuncai Investment raised $100mn via a 364-day note at a yield of 2.5%, 40bp inside initial guidance of 2.9% area. Shun Xin International Development is the issuer and Yuyao Shuncai is the guarantor. The bonds have expected ratings of BBB-, and received orders over $350mn, 3.5x issue size. Proceeds will be used for general working capital.

As per the F4B Initiative (Finance for BioDiversity), nature Performance Bonds are bonds where proceeds would be tied to measurable targets for restoring wetlands, protecting forests, and reducing threats to wildlife and plant species, but would also allow for use of proceeds for general purposes. The idea is that it would incentivise nature performance by offering a reduction in coupon and the potential for a principal adjustment on full delivery of the targeted nature and climate outcomes.

Pakistan plans to issue the world’s first nature performance bonds, targeting a $1bn issuance that would be tied to biodiversity and nature restoration targets.

On importance of incorporating the new requirement for its monetary policy

ChristineLagarde, ECB president
“What we will have to do now is redefine our forward guidance to align it with the strategy review,”
“I neither have the expectation nor the illusion that we will be unanimous on all the decisions that we make,”

On meeting IMF representatives to revamp some $45 billion the country owes the Fund.

Martin Guzman, Economy Minister Argentina
Teams from both sides will “finish reviewing technical issues with a view to continuing the debt negotiations in the coming months.”
“There will be several meetings throughout the day, all led by Guzman, in which progress is expected but not immediate definitions.”

“We set a very clear marker, I think, not a quantitative marker, but a very clear marker that we want substantial further progress [on job market improvement] relative to where we were”,  “That’s where I’m focused, clearly right now we have not achieved that,”, “This is a time of very high uncertainty,”,  “I’m not going to give a forecast of when the committee will come to a decision around changing the pace of asset purchases.”

On Pakistan eying world’s first ‘nature performance bond’
Malik Amin Aslam, the adviser to Pakistan’s prime minister on climate change,
“We are working on a debt swap as well as the nature performance bond, (ToD Explained above)”, “NBPs are one way to provide Pakistan with accelerated access to finance for development – [which is] also high on the agenda of the COP26, co-chaired by the UK and Italy.”

On Lower bond yields are no longer good news for stocks

Mohamed El-Erian, president of Queens’ College, Cambridge and an adviser to Allianz and Gramercy

“With the Fed already behind on inflation and with supply side problems proving more persistent, there is growing concern that the more the central bank waits to taper its $120bn of monthly bond purchases the more likely it will be forced into slamming the policy brakes on at some point. In the meantime, speculative excesses would have built up further, more resources would have been misallocated across the economy, and more unsustainable debt would have been incurred.”
“We are moving irresistibly closer to a critical question for the economy and markets, and not just in the US: is there still the possibility of an orderly exit from what has been a remarkably long period of uber-loose monetary policies?”

Reuter’s sources
Developing an ESG framework was likely a precursor for a multibillion dollar bond sale, which would be the Saudi wealth fund’s first. Once an ESG framework is developed, PIF may need credit ratings and an audit of its finances before it can issue bonds, the source said, adding the fund could sell bonds in the fourth quarter if “all goes smoothly.”

On Junk Bond Yields Below Inflation 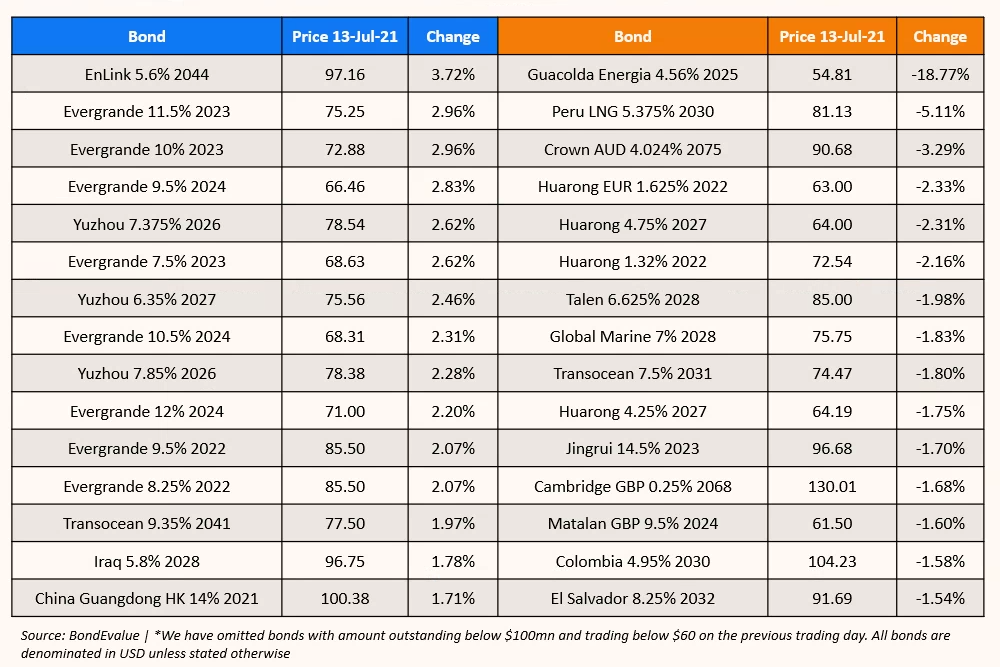