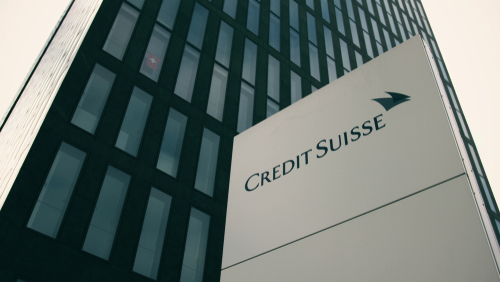 Credit Suisse is planning to raise fresh capital from investors, approaching them for the fourth time in roughly seven years, as per Reuters sources. Details on how much would be raised were not available yet. The sources noted that several scenarios were under discussion for its investment bank, including the radical option of largely exiting the US market. However, a Credit Suisse spokesperson said, “… we will update on progress on our comprehensive strategy review when we announce our third-quarter earnings. It would be premature to comment on any potential outcomes before then… Credit Suisse is not exiting the U.S. market”. Credit Suisse’s CEO Ulrich Körner has already been tasked with scaling back investment banking and cutting more than $1bn in costs. Reuters notes that Credit Suisse has raised almost CHF 12bn ($12.2bn) in capital since 2015, roughly equivalent to its current market value. In August, Deutsche Bank analysts estimated that Credit Suisse had a capital shortfall of at least CHF 4bn ($4.1bn). One of the sources noted that major investors with whom the bank is speaking to, have made tough demands for taking part in a capital increase.

The bank has been under pressure in recent times, having seen three successive quarters of losses totaling ~CHF 4bn ($4.1bn). Its cost of raising debt remains high and was evident after it raised $1.65bn via a PerpNC5.5 AT1 bond at a yield of 9.75% in June – the AT1s are currently trading at 103.28, yielding 8.88%. Besides, credit markets are not appear very optimistic about the the company with its 5Y CDS spreads touching its highest levels since 2008.