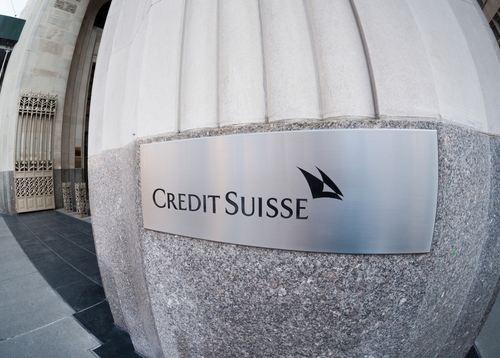 Credit Suisse Group reported its much awaited Q3 results with a massive CHF 4.03bn ($4.08bn) net loss as compared to a $434mn profit during the same period last year. This was also higher than its prior quarter where it made a CHF 1.59bn ($1.61bn) loss. The bank reported net revenues of of CHF 3.8bn ($3.85bn), down 30% YoY. Its Wealth Management unit’s pre-tax income stood at CHF 78mn ($79mn), down 80% YoY due to reduced transaction revenues and lower volumes. The unit witnessed net asset outflows of CHF 6.4bn ($6.47bn) during the quarter mainly driven by “client deleveraging and proactive de-risking”. Its Investment Banking unit posted a significant pre-tax loss of $640mn, down from a pre-tax profit of $662mn in 3Q 2021, mainly hit by a 90% drop in its capital markets revenues. The bank’s CET1 ratio stood at 12.6%, down 220bp YoY and 90bp QoQ. The depletion in its capital ratio was due to the impact of the CHF 3.7bn ($3.75bn) impairment of deferred tax assets related to its strategic review, RWA inflation and the its pre-tax losses.

Given its overall group restructuring efforts, the bank said it would carve out an independent unit called CS First Boston to rebrand its capital markets and advisory business. It also confirmed that its securitized products group (SPG) business will be sold to a consortium made up of Apollo Global Management and PIMCO. Credit Suisse further announced its intention to raise around CHF 4bn ($4.05bn) of capital subject to approval at its Extraordinary General Meeting (EGM) on 23 November 2022. If successful, it should lead to an increase in its CET1 ratio to ~14.0%, it said. Of this amount, Saudi National Bank (SNB) will invest SAR 5.7bn ($1.52bn) and become its second shareholder, owning 9.9%, just behind US investment group Harris Associates that holds a 10.1% stake. Besides, a rights issue for existing shareholders will run through November, it said.

Credit Suisse’s dollar perps were up over 1.5-2 points yesterday post the announcement. The notes have retreated a bit since then. For instance, its  USD 9.75% Perp jumped 1.7 points yesterday to 98.61 and are currently down ~2 points to 96.61, yielding 10.69% to call. Similarly, CS’s EUR 5Y CDS spreads moved lower by 16bps after the results to 242bp and are currently higher at 254bp.