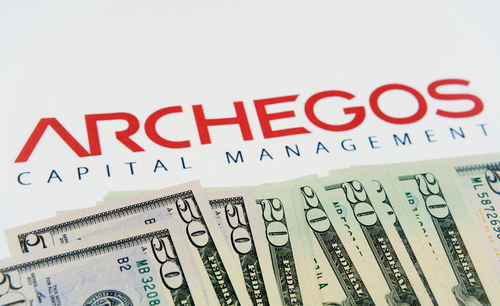 Credit Suisse (CS) revealed a massive $4.7bn writedown tied to the Archegos Capital fiasco. With this, the bank also let go of at least seven senior executives, traders and risk managers. This would see the bank report an estimated first quarter loss of ~$960mn after reporting Q4 2020 losses of $393mn. CS sold $2.3bn worth of stocks linked to Archegos to salvage some of its losses. “The ongoing negative newsflow could have an impact on the remainder of CS’s businesses,” JPMC analysts Kian Abouhossein and Amit Ranjan wrote. CS is yet to give an update on the impact on its books by Greensill Capital and sources say the bank is leaning toward letting clients take the hit of expected losses in those funds. The Swiss banking major has stopped its share buyback and dividend programmes on account of the Archegos and Greensill Capital events. Bloomberg notes that given the suspension of the buybacks and dividends preventing a bigger hit to its capital, its Perps have benefitted. CS’s USD 5.1% Perp is up 1.2 points to 99, yielding 5.24% while it’s USD 4.5% Perp is up 1.3 points to 96.3, yielding 5%.

In other Archegos related news, Morgan Stanley sold-off $5bn of stock owned by Archegos at a fixed discount a day before the debacle happened. Similarly, Deutsche Bank also dodged the impact with a $4bn sale in a private deal beforehand. This helped prevent them from facing the brunt of impact unlike Credit Suisse and Nomura, with the latter expected to take a hit of ~$2bn.