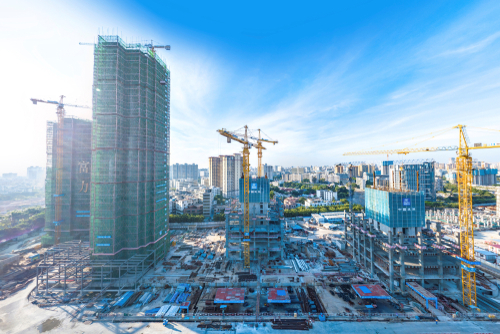 Local governments have withdrawn about 206 plots of land from auctions in major Chinese cities since September after homebuyers stalled their bids post the Evergrande saga. This is almost one-third of the plots that were put up for sale in 22 cities including Beijing, Shanghai, Shenzhen and Guangzhou. SCMP notes that the recent fall in demand is in stark contrast to the first round of the auction, when several cities were forced to stop or postpone them as heavy demand kept prices elevated, defeating the auction system. “When these hot tier 1 cities see land withdrawals, it means enthusiasm has cooled down tremendously…Unless more policies are eased and credit loosened, the downturn in land and home sales may last a rather long time”, said Zhao Xuxiang, property analyst at Oriental Securities in Shanghai. New home prices in China rose 0.2% in August, the slowest this year and ~17,000 new units were sold during the “golden week” earlier this month, a 33% YoY drop. Also analysts noted that developers now have a reduced interest in buying land that takes time to develop given weak bank funding conditions and the fact that large sums of money gets stuck in these developments.