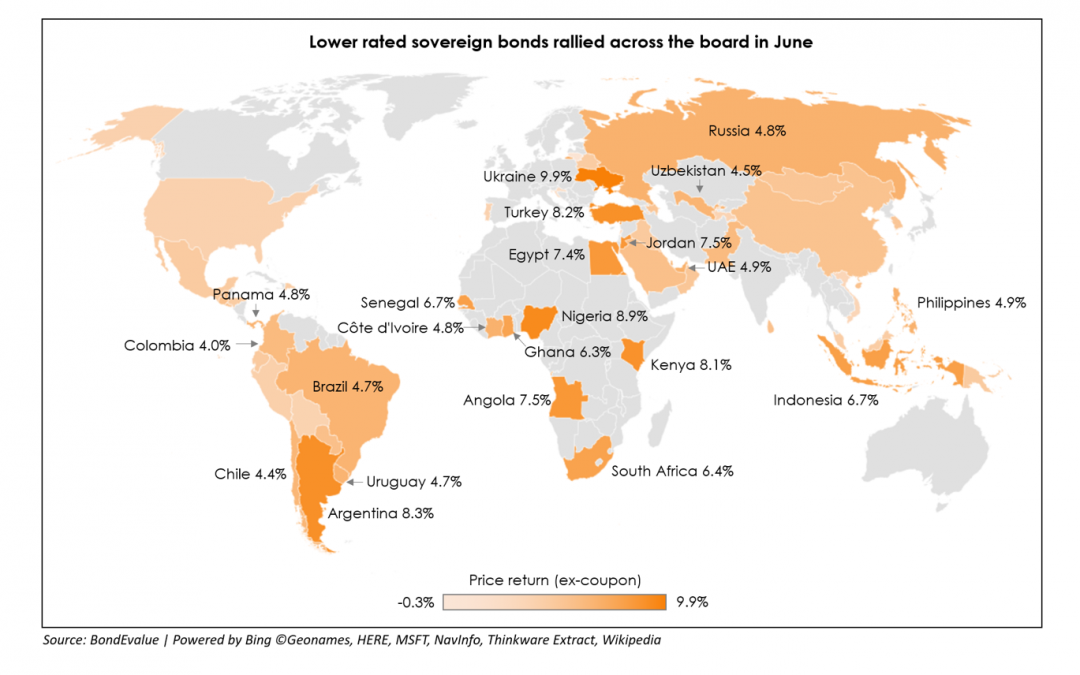 While the month of May saw bond investors flock to safer assets amid trade tensions, June was characterized by a return to riskier assets on the back of a dovish stance by major central banks.

The Fed signaled a possibility of a rate cut during the FOMC meeting on 19th June, when they kept rates unchanged. This came just a day after then ECB President, Mario Draghi suggested that additional stimulus can be used if inflation targets are threatened. This, coupled with news of Christine Lagarde being nominated as the new ECB President, pushed European government bond yields lower with all German bonds out to 20-years in negative territory.

85% of bonds in the BEV universe yielded a positive price return (ex-coupon) in June vs. 51% in May. We have plotted the price returns against credit rating in the box and whisker plot below. 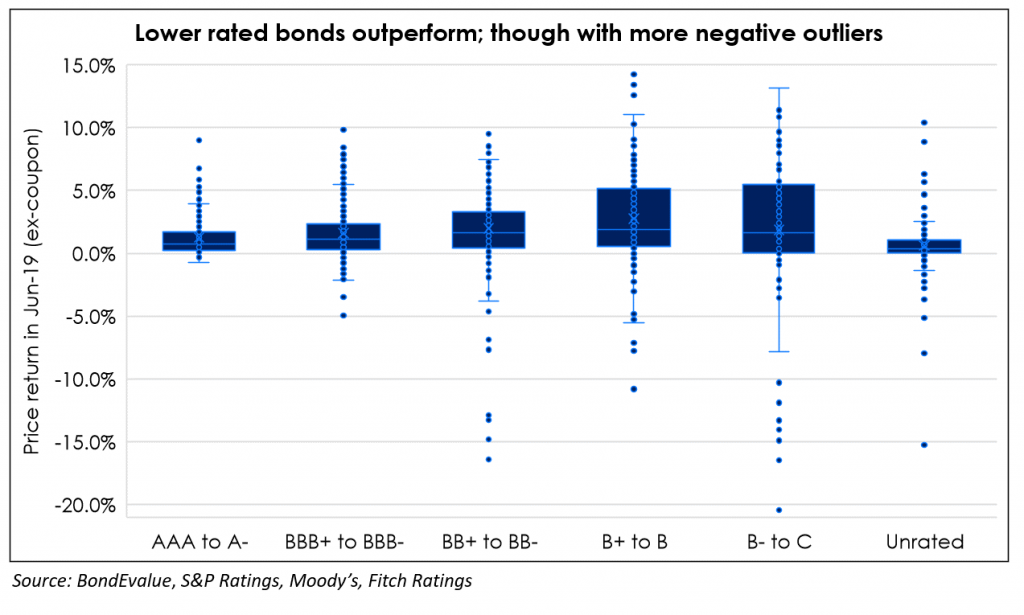 The horizontal line inside each of the six boxes indicates the median return, while the box area above and below it represents the upper and lower quartile respectively. The dots that fall above and below the bounds are outliers with each dot representing a bond.

True to their nature, high yield bonds (BB+ and below) delivered a better price return for investors vs. investment grade bonds (BBB- and above), albeit with more risk, as can be estimated by comparing the variance in the data for each rating category. 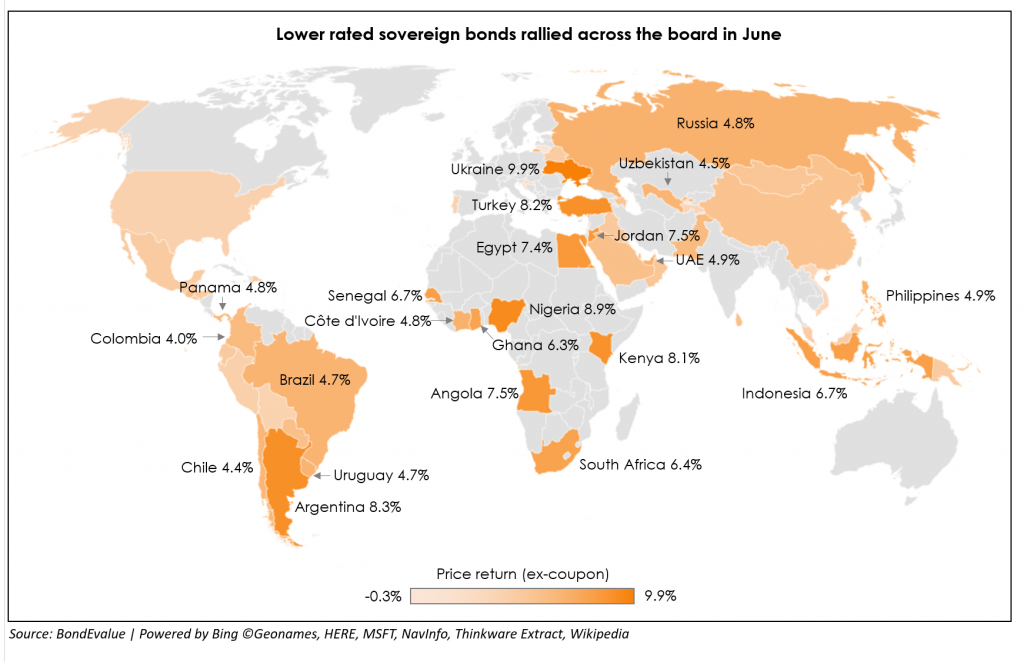 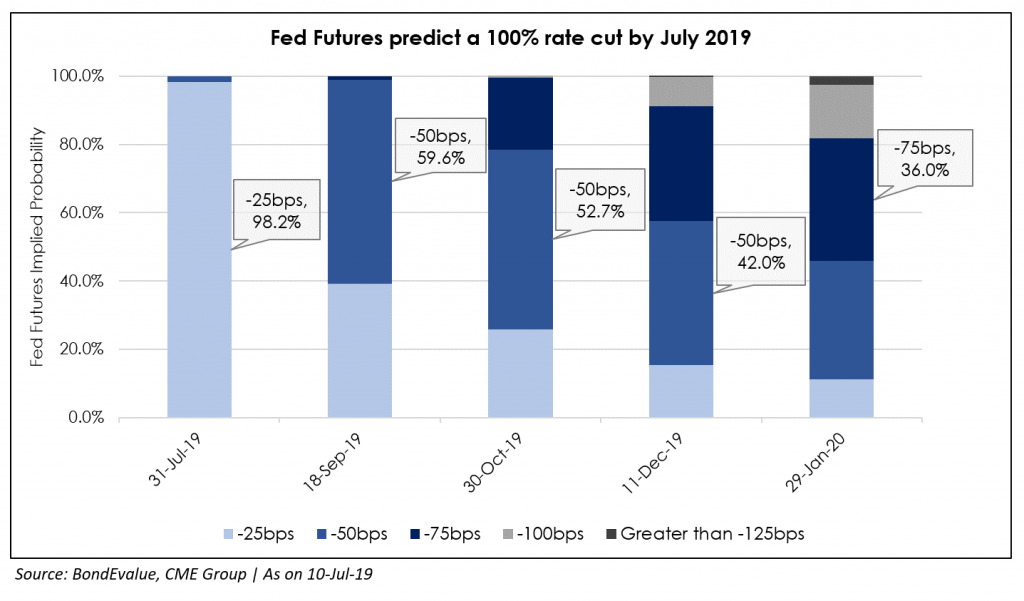 Asia ex-Japan G3 currency issuance volume for June came in at $40.5 billion, the highest monthly volume since November 2017. This was driven by a 14-month high investment grade issuance volume of $25 billion and unrated deals totaling $7.4 billion. 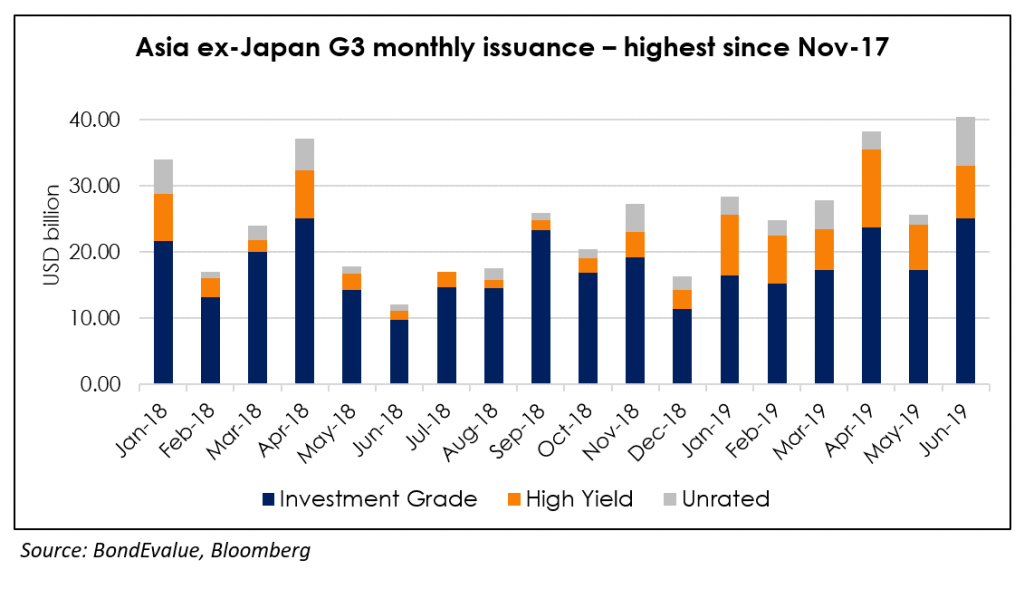 Source: BondEvalue | Primarily from the APAC region with benchmark deals from the Middle East and Europe |
All bonds are denominated in USD unless stated otherwise

Source: BondEvalue | *We have omitted bonds trading below $70 on 31-May-19 as illiquidity distorts price changes.
All bonds are denominated in USD unless stated otherwise

Turkish bonds rose in June on account of slower inflation growth of 18.7% in May vs. 19.5% in April, and after the central bank cut overnight lending rates for primary dealer banks from 24% to 23%. However, the good news was short-lived as president Erdogan fired central bank governor Murat Cetinkaya and replaced him with his deputy. Turkish bonds fell on the news, as investors doubt the central bank’s independence.

European yield hungry investors piled up Italian bonds after the ECB signaled a possibility of additional stimulus. Italy received orders worth EUR 17 billion for an offering of EUR 3 billion worth of an existing 50-year bond. Yields on UniCredit’s EUR 5.375% Perp dropped 100 basis points from 7% on 30th May to 6% on 9th July.

Pemex joined the list of fallen angels after it was downgraded to junk by Fitch ratings in early June. The state-owned petroleum company was downgraded by one notch to BB+ from BBB- on account of it underinvesting in its upstream business, which could lead to further production and reserve declines.