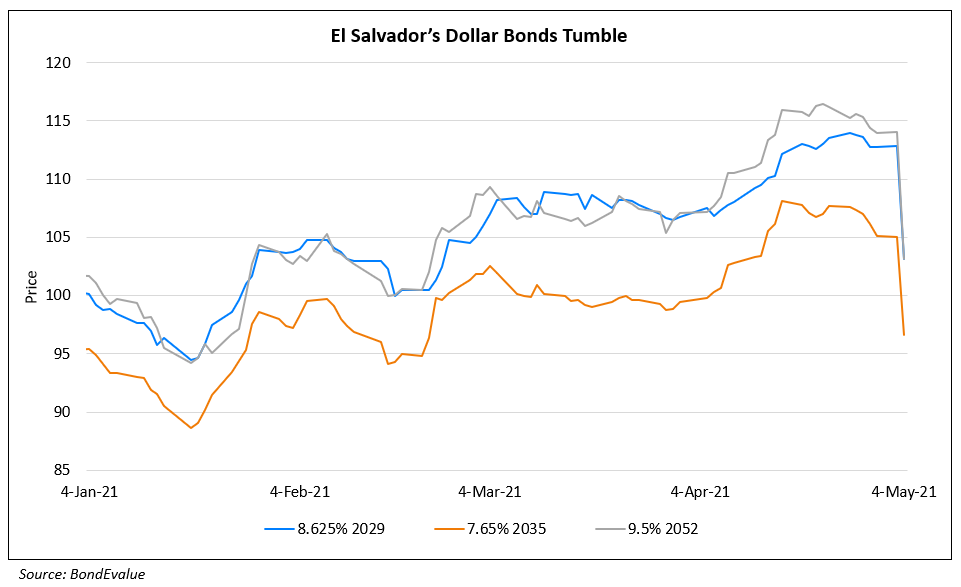 El Salvador’s sovereign debt tumbled as President Nayib Bukel’s party seized control of the country’s Supreme Court, removing all judges and the top prosecutor. El Salvador’s dollar bonds fell between 7 and 10 points, including the 2029s and 2032s that are down almost 10 points each and yield over 8% for the first time in more than two months. Sunday’s vote had Attorney General Raul Melara dismissed and saw the approval of a new legislation to oust all judges in the constitutional chamber of El Salvador’s Supreme Court. U.S. Vice President Kamala Harris said that an independent judiciary was “critical to a healthy democracy – and to a strong economy.”