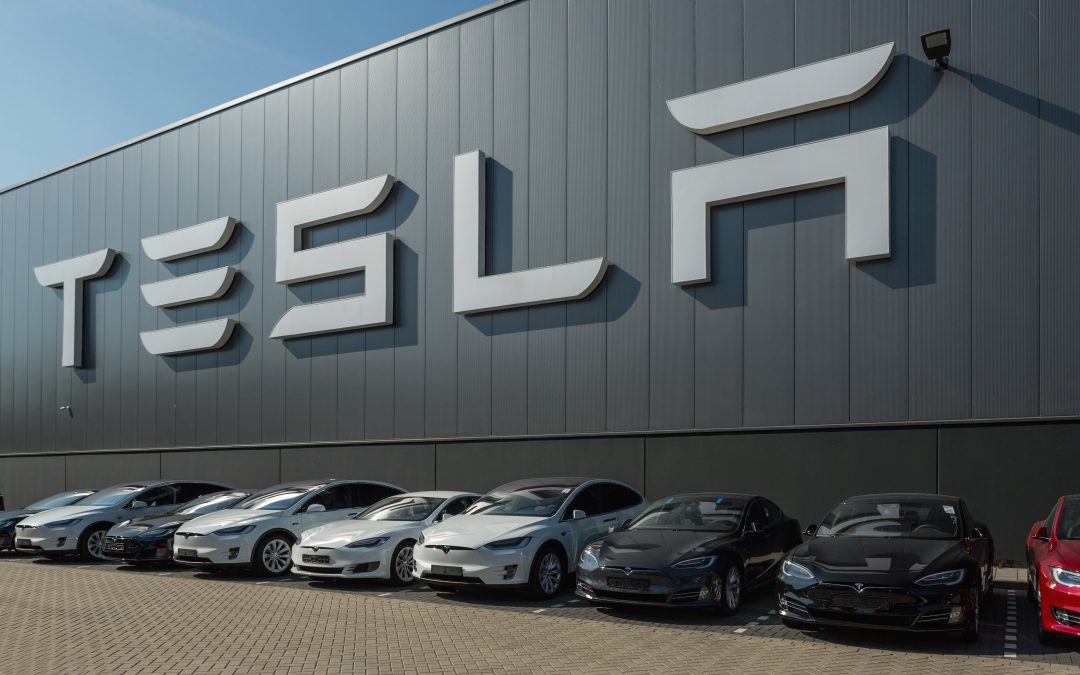 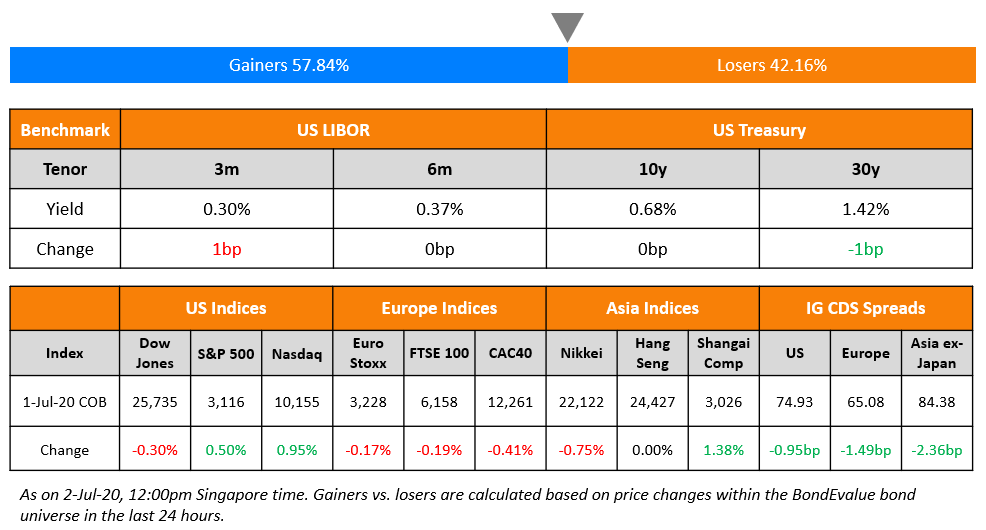 Sentiment picks up as positive news about an early vaccine trial along with good economic data sent Wall Street higher. Nasdaq hit a new record. US ISM manufacturing data came in better than expected and rose to 52.6 in June from 43.1 in May. China’s Caixin PMI also rose to 51.2 in June from 50.7 in May. Fed minutes came out that showed that officials stressed the need for strengthened guidance about policy ahead, which they expect to be “highly accommodative”. FOMC members expressed a preference for policy tied to outcomes, preferably inflation rather than unemployment. The minutes also indicated that Fed officials were undecided on the policy of Yield Curve Control, which involves the central bank buying or selling as many government bonds as necessary to maintain certain yield levels. The minutes prompted selling of two and three-year Treasuries, reversing buying seen at the start of the week and yields were higher by a few basis points in the short end of the curve. Asian markets are opening slightly higher this morning. 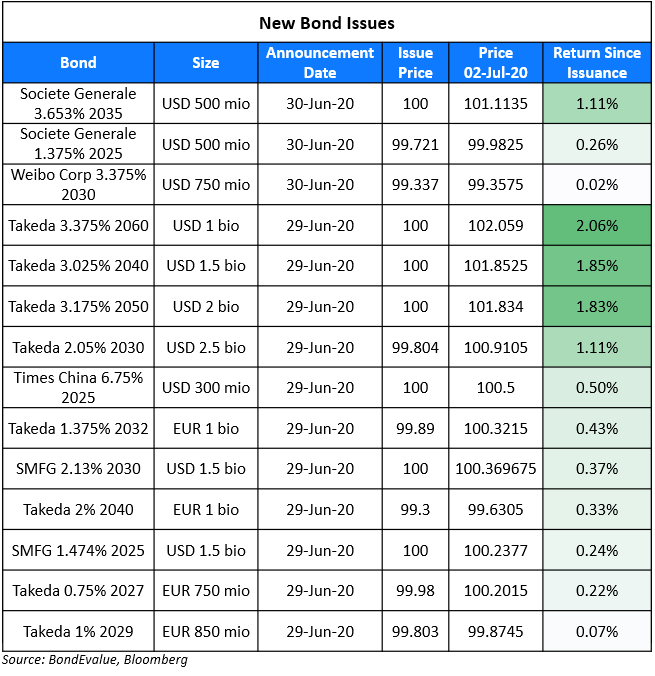 The World’s Most Valuable Carmaker, Tesla Is Rated Junk

The chart below shows how the two company’s market cap and bonds have moved over the past few years. 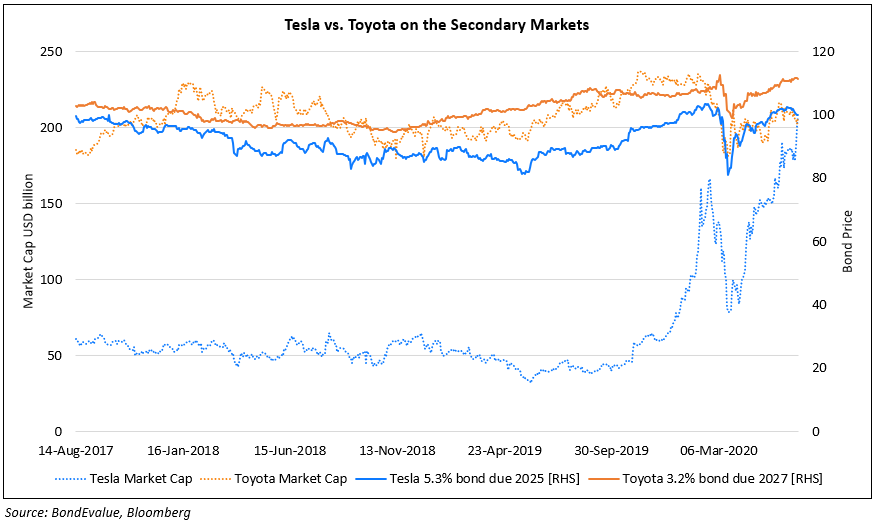 Moody’s upgraded Abu Dhabi National Energy Company (TAQA) by three notches to Aa3 from A3 with a stable outlook on July 1. The upgrade is significant as a lot of energy companies have maintained their ratings or have been downgraded amid the pandemic. The upgrade rationale for TAQA was based on the successful completion of transfer of assets from Abu Dhabi Power Corporation PJSC (ADPower). ADPower is the main shareholder of the company and the transfer has enhanced TAQA’s asset portfolio. The transfer is also indicative of the strategic importance of the energy company to the Government of Abu Dhabi as the indirect government ownership has increased to 98.6% from 74.1%. TAQA has a total asset base of ~AED200bn ($54bn) and the transfer has resulted in a more diversified portfolio for the company that includes both electricity generation and distribution as well as water desalination in Abu Dhabi. TAQA’s liquidity remains high and the company had cash and cash equivalents of AED11.5bn ($3.1bn) as of Dec 31, 2019. The expected funds from operations over the next 12 months are in the region of AED12bn ($3.3bn). This is considered adequate to meet all its liabilities in the near future.
TAQA’s bonds have been on an upward trend since the pandemic shock in March. The 4.875% bonds due 2030 were trading at 121.5 up 1.14 points and the 4.375% bonds due 2026 were trading at 114, up 0.48 points.

Yakiv Smolli quit as the governor of the National Bank of Ukraine citing political interference. “I’ve submitted my resignation appeal to the President. This decision has been taken as an answer to systematic political pressure that denied fulfillment of my duties as the Governor. Let it be a warning for attempts to undermine institutional independence of the central bank.”  tweeted Mr Smolii. This is seen as a serious blow to the reform plans of the present government and could directly impact the disbursement of a $5bn IMF package essential to the state to fight the impact of pandemic. The timing of the resignation is also critical as Ukraine is in the process of issuing 12Y eurobonds aimed to buy back debt. Smolli has been with the bank since 2014 and was appointed to the top post in 2018. While he built a strong reputation with foreign investors, there have been internal criticisms due to high interest rates and a strong national currency that has adversely impacted exports. The departure of Smolli is viewed as a big setback for the reformist President Volodymyr Zlensky as it places question marks over the reform agenda. From 2014-17, the country had nationalized 180 banks winning international praise. However, this resulted in Smolii’s predecessor Valeria Hontaryeva being forced out of office presumably due to pressure from a Ukrainian oligarch, whose Privatbank was nationalized under her leadership.

German payment processing company Wirecard has been in the news since the past few weeks after an accounting scandal came to light. €1.9bn ($2.1bn) went missing from its balance sheet, which led to the resignation and arrest of its CEO Markus Braun, following which the company filed for insolvency. Moody’s had assigned an investment grade rating of Baa3 to Wirecard in August 2019 prior to its issuance of €500mn ($563mn) 0.5% bonds due 2024, issued in September 2019. The issuer is set to default on its first coupon payment, due in September this year. Moody’s downgraded Wirecard by six notches to B3, placing it on review for further downgrades on June 19, well after the scandal broke out. Given the low coupon of 0.5%, the bonds are likely to join the “no-coupon” club as the company will explore debt restructuring. The bonds are currently trading at 18 cents on the euro on the secondary markets. 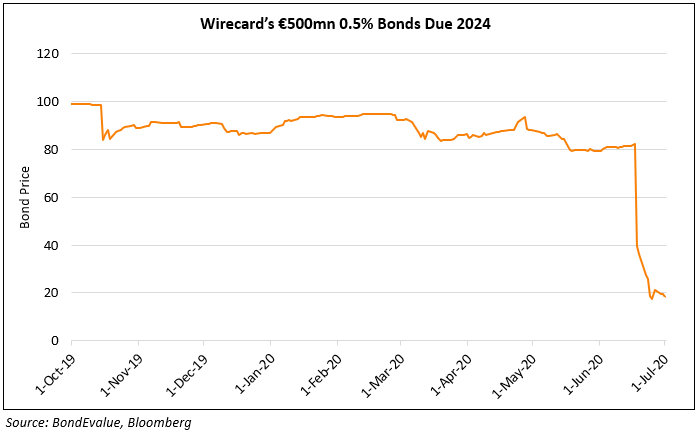 Deadline for Merger between Oceanwide and Genworth Extended Yet Again; Oceanwide Bonds Tank

Mortgage insurer Genworth Financial and China Oceanwide Holdings agreed to a 15th waiver extending the deadline for Oceanwide’s pending acquisition of Genworth to September 30, 2020 and also to both party’s right to terminate the previously announced merger agreement. The extension gives Oceanwide additional time to finalize the financing for the transaction purchase price of $5.43 per share.For the merger agreement to stay in place, Oceanwide must provide evidence to Genworth by Aug. 31, 2020 that ~$1B is available to Oceanwide to fund the deal, and Hony Capital and other third parties have committed to providing $1.0B or more. If those conditions are not met, Genworth has the right to terminate the merger. If the deal is terminated, Genworth is planning steps that include a debt offering in the near term. Oceanwide’s 12% and 14.5% bonds due 2021 fell 13.5 and 9.3 points overnight to trade at 53.9 and 68.5 cents on the dollar respectively.

GDP-linked bonds are fixed income securities, whose payouts are linked to the GDP of a country. These bonds are typically issued by governments and pay more to investors if their economy is growing and vice versa. The idea of GDP-linked bonds was first proposed by Nobel laureate Robert Shiller in the 1990s. The structure of these bonds are designed in a way that support the borrower in times of poor economic activity, and hence are typically used by countries facing a crisis. Countries that have issued such securities in the past include Costa Rica, Bulgaria, Bosnia and Herzegovina, Argentina and Greece.

GDP-linked bonds are back in focus as Italy plans to issue such bonds, called BTP Futura, to help the government tide over the negative impact of the ongoing pandemic. Italy’s plans to issue up to €10bn of 10Y bonds targeted at mom and pop retail investors with a minimum investment of just €1,000. The bond structure includes a “fidelity premium” that incentivizes investors to hold the bonds till maturity. The bond’s coupon will increase if investors hold the bonds for over four years and then increase further if held beyond 7 years. The increase will be linked to the average nominal GDP annual growth rate of the economy over the life of the bond, with a floor of 1% and a ceiling of 3% to be paid at maturity.

On the Path to Recovery – Mary Daly, President of the Federal Reserve Bank of San Francisco

“If we can get the public health issues under control either through a really robust mitigation strategy or a vaccine, then we can reengage in economic activity really quickly,” said Daly. “Then it could take just four years or five years. But if we end up with a pervasive, long lasting hit to the economy, then it could take longer.” She added, “We’ve certainly seen some signs that are positive. But I would hesitate to call this a recovery. Because ultimately the virus will determine the pace at which we can go.”

On Yield Curve Control by The Fed

“After reviewing the minutes, I feel like it is not at the top of the list of what the Fed is looking to do,” said Deepak Puri. “But I wouldn’t be surprised if the bond market just forces the Fed to have some kind of yield curve control before the end of the year.”

“If you are really looking for a bazooka that changes things, yield curve control is that.” 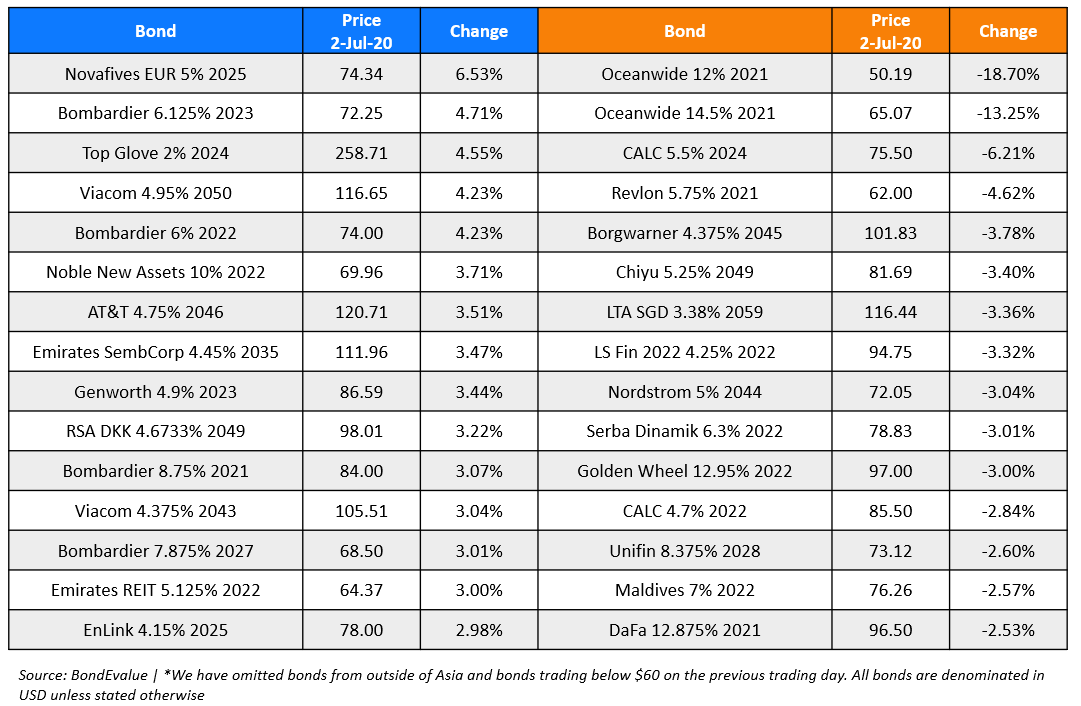