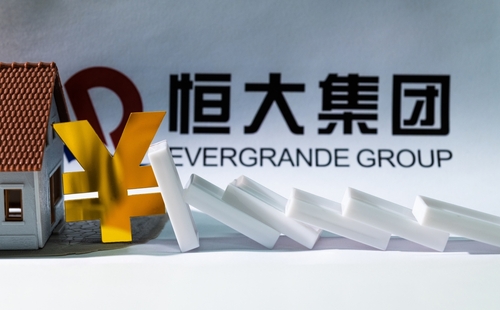 China Evergrande is on track for an end-July preliminary restructuring plan, as per its exchange filing. The developer also mentioned that an independent investigation into the pledge guarantee of Evergrande Property Services is being actively carried out. In March, Evergrande said that lenders to its property services unit claimed more than RMB 13.4bn ($2.2bn) of its deposits used as security for third party guarantees, which previously undisclosed. Separately, the company also said that audit work of the group was being carried out, however, the timing for the release of the 2021 annual results was not yet confirmed. Evergrande’s dollar bonds are trading at distressed levels of about 9 cents on the dollar.

In related China real estate news, China Aoyuan proposed to pay the annual coupon on its RMB 1.82bn ($272mn) bond in four batches within a year, where the first payment will account for 10% of the annual coupon and will be made on July 2. The developer will pay another 10% of coupon each on October 2 and January 2, 2023, and pay off the remainder on July 2, 2023. Another peer, Shimao Group obtained investors’ approval for the group and an onshore unit to extend repayment of a local RMB 450mn ($67mn) ABS tranche until July 2023. The firms had earlier received investors’ approval for an 11-month extension in January.