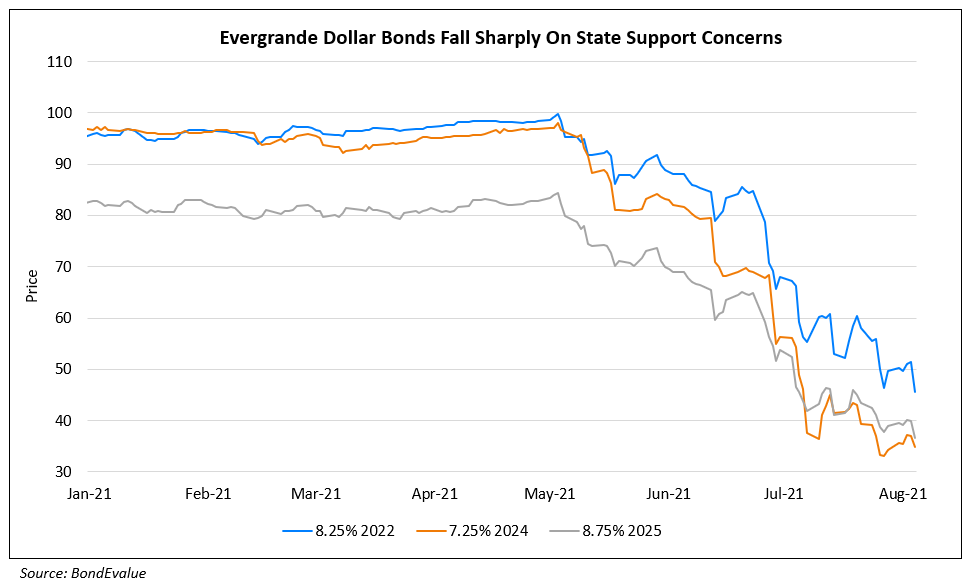 Dollar bonds of China Evergrande sold-off sharply on Friday morning following reports of a lack of state support. As per media reports, senior Guangdong officials are in disagreement over the extent of support to offer the highly indebted developer as the central government has asked for a “market-oriented” approach to its mounting debt, as per Bloomberg. Evergrande’s bonds fell a further ~10% following the reports led by its 8.25% bonds due March 2022 falling by 11.25% to 45.58 cents on the dollar.

As pressure mounts on the world’s most indebted developer to get its growing liabilities (currently at ~$300bn) under control, the company is said to be mulling a series of asset sales to shore up cash. As per Bloomberg, the potential assets that can be sold include: