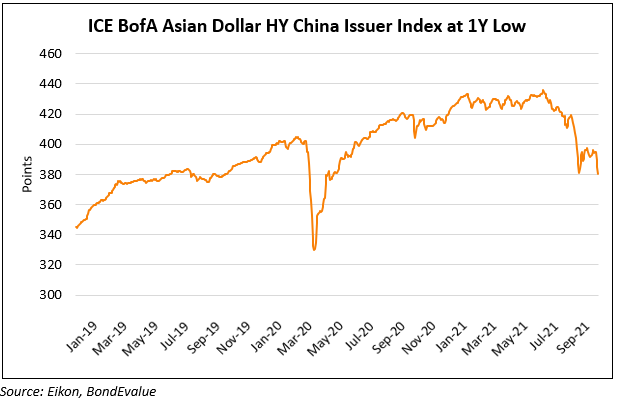 In related news, the ICE BofA Asian Dollar High Yield Corporate China Issuer index has fallen to its lowest since May 2020 on investor concerns over credit risks about Evergrande, according to Reuters. The index fell 5 points to 380bp on Friday.