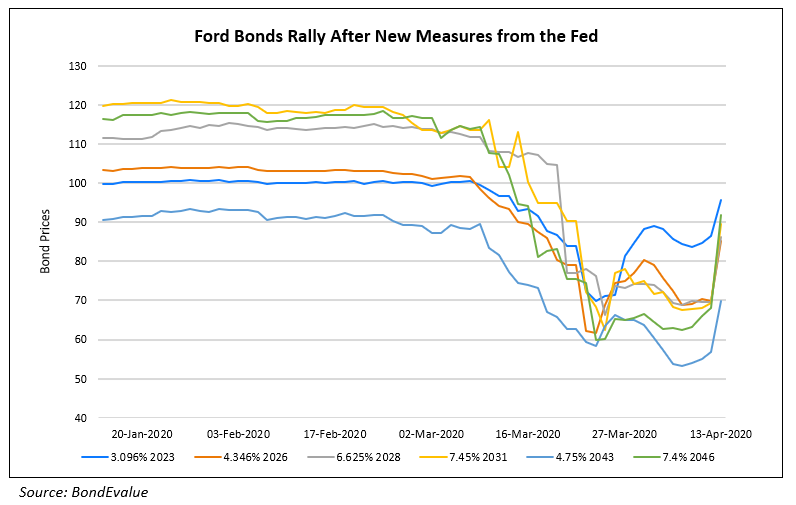 Markets had some encouragement over the long weekend as the Fed announced a support package of $2.3tn for local governments and small businesses and OPEC agreed to cut production by 10mn barrels per day to support oil prices. Despite this, Asian markets are opening mixed and US index futures are down around 1%. Australia and Hong Kong are on holiday today, so activity will be muted, especially after the long weekend in most countries. Asia ex-Japan CDS spreads narrowed by 7 bps to 131 bps by the end of last week while US and European CDS spreads have narrowed by 23 bps and 14 bps to 85 bps and 81 bps respectively as markets were still open when the Fed announcement came in on Thursday afternoon. 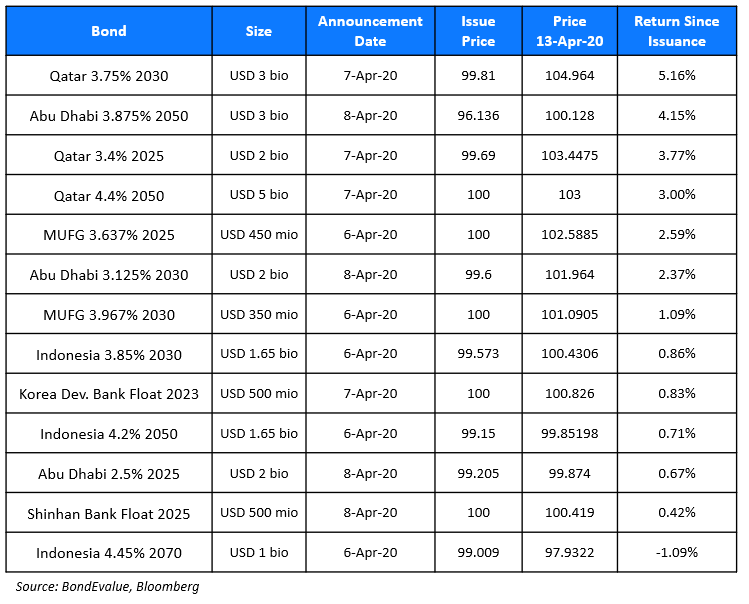 Last Thursday, the Federal Reserve entered new territory by expanding its scope of support measures to include plans to buy debt issued by high yield companies indirectly via exchange traded funds. This sparked the biggest rally in this asset class since 2008. The biggest high yield bond ETF run by BlackRock jumped more than 7% on the news. The program also allows purchase of some “Fallen Angels” like Ford since the central bank will buy corporate bonds that were rated triple B minus or above as of March 22. The Fed also announced that it would purchase up to $500bn of short term notes from states and some counties and cities, but stopped short of supporting longer dated municipal bonds.

Indian housing finance company HDFC’s Chairman Deepak Parekh says that RBI should start buying corporate bonds to provide the much-needed liquidity support to corporations. In a recent interview with NDTV’s Dr Pranoy Roy, ex-RBI Governor Raghuram Rajan shares his views including why RBI is not a lender of commercial loans and why it should rather work through the banking sector.

The downgrade of GE’s ratings reflects Fitch’s expectation that improvements in the company’s credit profile will be constrained by the economic impact of the coronavirus pandemic. Fitch on Friday lowered its rating on Delta’s debt to ‘BB+’ from ‘BBB-‘ and warned that another downgrade is possible as air travel suffers with the spread of the coronavirus. The downgrade of Ryanair (RYA) reflects Fitch’s updated macroeconomic and global aviation industry expectations, weakening RYA’s business and financial profile over the entire rating horizon.

Even in the most optimistic scenario of a rapid rebound where normality is restored in six months or less, we could potentially see a 100% decline in profits according to a new report co-authored by Oliver Wyman and Morgan Stanley. In a more pessimistic model where there is a deep global recession lasting a year or more, weaker banks could see big losses. Credit losses could go from a range of $30bn-$50bn to a range of $200bn-$300bn between these two scenarios. Since “scale” is a big driver of profitability, JPMorgan is likely to take further market share from smaller European lenders. Germany’s Deutsche Bank and Commerzbank look to be in the worst positions, having little or no profits to absorb the losses while Switzerland’s Credit Suisse and UBS seem best positioned to cope. The Eurozone banking system entered this crisis in a particularly weak state and unlike 2008, banks cannot compensate too much for plunging profits by cost cutting since fixed, regulatory, compliance and IT costs have gone up.

From Boeing to HSBC, Companies are Scrapping Billions in Dividends on Coronavirus Fears

Despite three major overhauls in the past decade and a series of reputation-damaging compliance missteps, investors have stuck with HSBC, in large part because of its consistent cash dividend. When the bank threatened to cut off that income stream in the past, the bank’s shareholders – a third of which are retail investors – have reacted swiftly. After the bank said on April 1 that it was cancelling its already announced final interim payout for 2019 and not planning any further dividend payments, they sent HSBC’s shares to their lowest level since March 2009, the height of the global financial crisis.

HSBC’s shareholders are not alone. Investors globally have pushed companies into hefty payouts in the form of dividends or share buy-backs over the past decade – dividends totalled nearly US$300 billion worldwide in the fourth quarter alone. That spigot of money, however, is turning off as companies ranging from Boeing to Marriott International to Volkswagen have cancelled or are considering suspending massive payouts because of the uncertain economic outlook or regulatory pressure in light of the coronavirus pandemic. 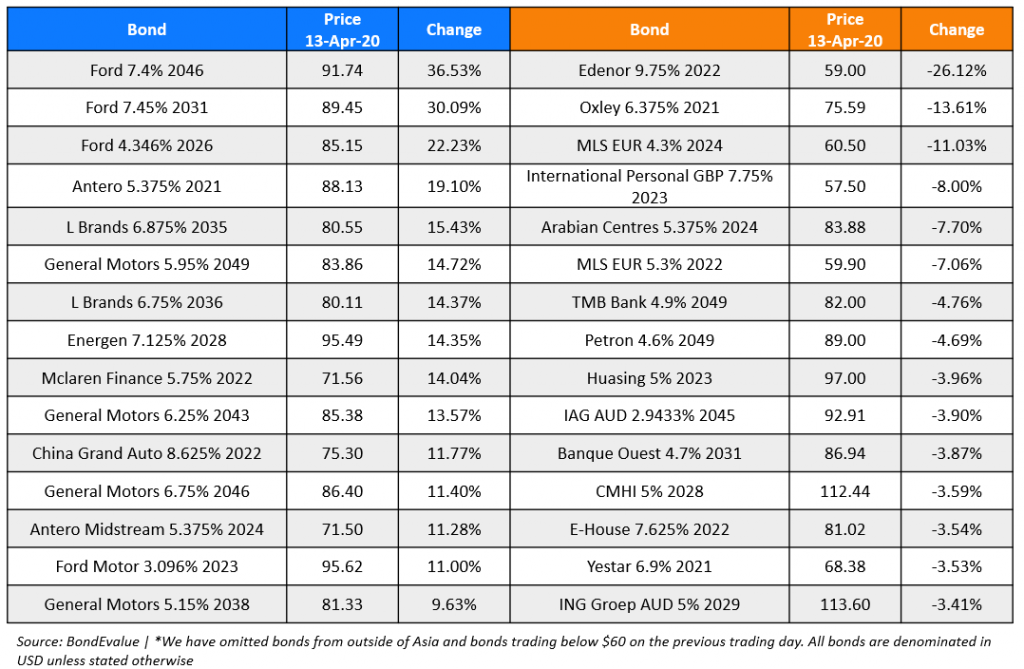