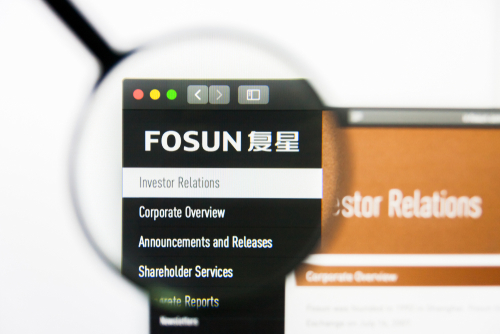 Fosun International updated the tender offer for its EUR and USD bonds by removing the cap on the acceptance amount. Earlier this week, Fosun had launched the offer to buy back for its €384.2mn 3.3% October 2022s and $379.8mn 5.5% August 2023s. It said that the maximum acceptance amount was $200mn with a priority given to its dollar notes. However on Wednesday, Fosun removed the cap stating that it will accept any-and-all for the full outstanding principal of the two bonds. The tender offer came about just days after concerns emerged about its refinancing risks after Moody’s put them on review for a downgrade. However, it was not enough to assuage investors’ sentiment on its bonds as they took a beating this week. Some of them have dropped to nearly 50 cents on the dollar. Research firm Lucror Analytics said that while Fosun’s management claimed that they had cash during an investor call, they did not convincingly answer why they did not make a full tender offer. Lucror notes that Fosun just said that it wants to keep cash for operations. Similarly one banker said the the price drop was probably because of the initial acceptance cap. Another banker noted that another area of concern was Fosun’s ability to collect its receivables.