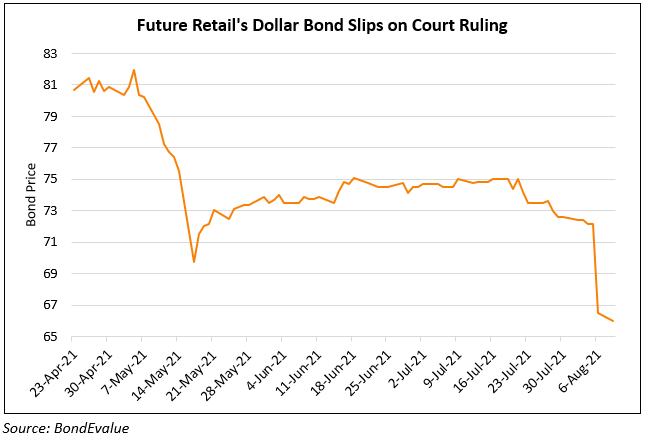 India’s Supreme Court upheld the Singapore Emergency Arbitrator (EA) award, halting Future Retail’s $3.4bn deal with Reliance Retail, and thereby ruling in favour of Amazon. Amazon filed their first plea against the deal in October 2020 with the Singapore Arbitrator claiming it violated pre-existing contracts. Future Retail said “it has remedies available in law, which it will exercise” and that it intends to “pursue all available avenues to conclude the deal to protect the interests of its stakeholders and workforce.” Future Retail missed a coupon payment of $14mn on its  USD 5.6% 2025s due last month on July 22nd. The retailer said that it plans to make the payment within the 3-day grace period.