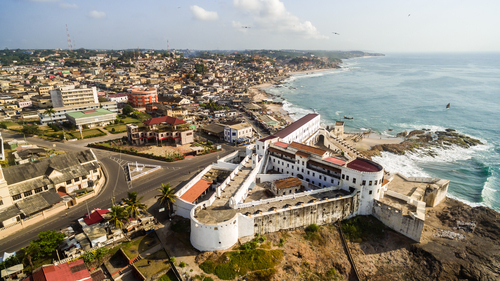 Ghana is seeking a $3bn loan from the IMF, double of what it was previously considering a month ago. Bloomberg notes that the African sovereign aims to bolster its finances, including its reserves and budget, and ultimately regain access to global financial markets. As noted in the sovereign’s downgrade by S&P on Monday, Ghana has a widening fiscal and external imbalance resulting from the pandemic and the Russia-Ukraine crisis. Exacerbating Ghana’s problems, it also has limited access to external financial markets and is currently reliant on its shallow domestic financial markets to raise funds. S&P said that an IMF lending program would substantially relieve the African nation’s growing issues. An IMF spokeswoman said, “Since negotiations for the program are starting now, it’s too early to comment on the final form the program will take…The Extended Credit Facility for low-income countries is the Fund’s main tool for medium-term support for countries facing protracted balance of payments problems, similar to Ghana’s. The duration of such an arrangement is between three to four years, and extendable to five years.”