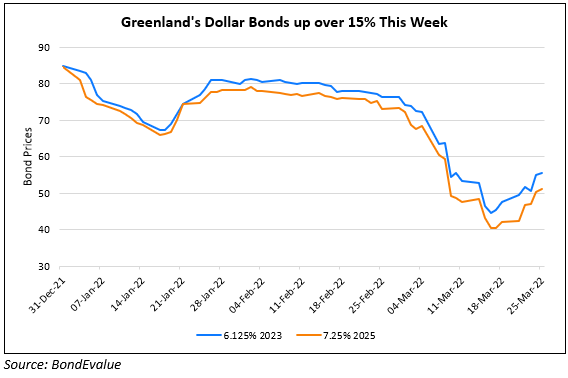 Greenland Holdings’ dollar bonds have been trending higher this week. While the exact reason for the rally was not known, the rally comes despite details of its financial troubles breaking out on March 15, where sources said that SOEs stepped-in to rescue the company last year.

Modern Land China said it will proceed with the implementation of its proposed restructuring after creditors representing more than 75% of its existing notes’ principal entered into a restructuring support agreement. The developer defaulted on a $250mn 12.85% bond due October 25, 2021 due to liquidity problems and was in discussions with the bondholders for a possible debt restructuring post that.

Separately, Road King Infrastructure announced that it will cut its dividend to HKD 0.20/share from the announced HKD 0.35/share.