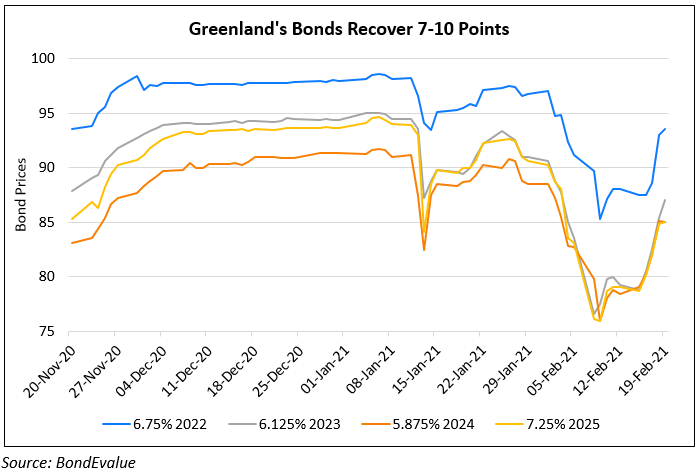 Chinese real estate developer Greenland Global saw its dollar bonds rally between 3-5% yesterday, taking the past week’s rally to 7-10 points. Other property developers like CFLD and Evergrande also saw their bonds move higher by over 2%. Greenland’s 6.75% 2022s saw the biggest jump up by 4.8% on Thursday and is another 2% up this morning at 93.5. This comes after Greenland’s bonds were under pressure when CFLD’s woes came to light in early January. Despite recovering later in January, the move was short-lived as their bonds fell again as CFLD’s liquidity issues and rating downgrades made headlines.