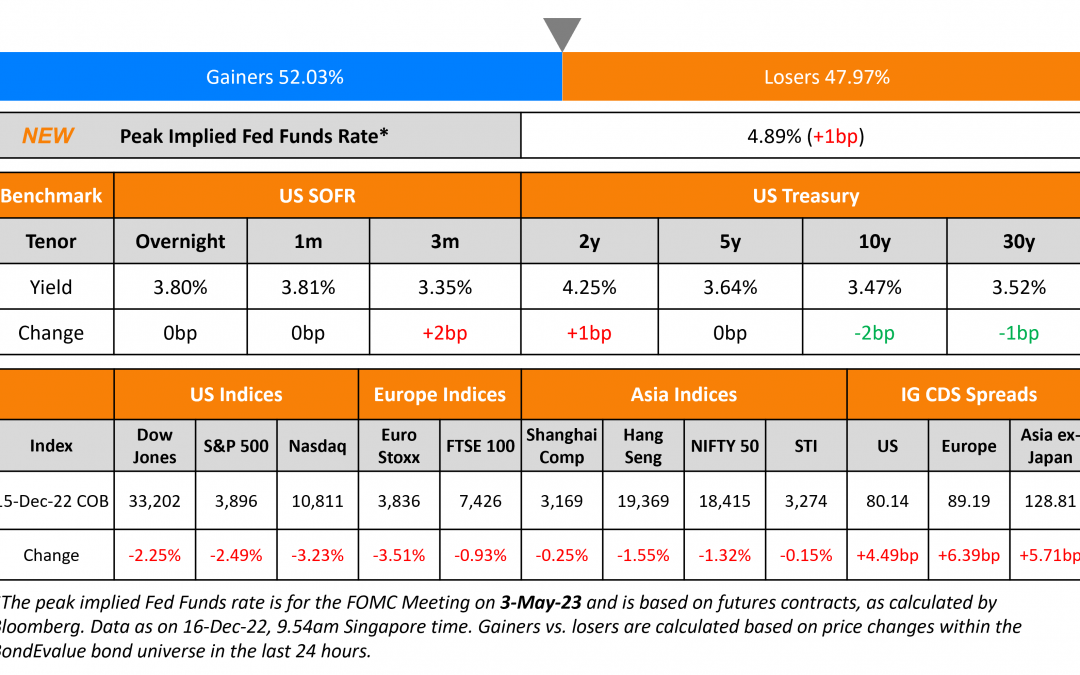 US Treasuries were almost flat yesterday with the peak Fed funds rate up 1bp to 4.89% for the May 2023 meeting. Markets continue to price in the probability of a 25bp hike at the February 2023 meeting at 76%, unchanged from yesterday. US IG CDS spreads widened 4.5bp while HY CDS spreads widened 24bp. US equity markets fell with the S&P and Nasdaq down 2.5% and 3.2% respectively on Thursday.

European equity markets ended sharply lower too. The negative sentiment in equities were triggered by ECB’s hawkish stance at its policy meeting where it hiked rates by 50bp. The ECB indicated draining liquidity and raising rates further, given the upside risks to inflation. ECB President Christine Lagarde said, “anybody who thinks this is a pivot for the ECB is wrong”. On quantitative tightening, the ECB said that it will not reinvest all of the principal payments from maturing securities and that “the decline will amount to €15 billion per month on average until the end of the second quarter of 2023 and its subsequent pace will be determined over time”. The Bank of England also hiked by 50bp but with a 6-3 vote to increase rates with two members calling for no change. This was considered a dovish hike as it implied that the peak UK policy rate may be lower than previously expected.

Trick coupon is a term used by bankers to describe coupons that are seemingly high but not what they appear to be. For example, in the muni bond market, a Minneapolis underwriter Northland Securities Group sold a $9.5mn bond by Denmark School District where the issuer specified that the bonds should mature in 2023, 2040, 2041 and 2042. Northland submitted the winning bid for the bonds by offering a trick coupon of 62% in 2023 and 4% in remaining years 2040, 2041 and 2042. The “true interest cost” for the deal was 4.23%.

While the bonds due 2023 offer a high coupon of 62%, they were priced at a premium at 110.1 and mature in March, resulting in an effective yield of 3.25%. Consistent with market practice, the coupon of 62% is an annualized rate. However in reality, given the maturity of just over two months, the actual coupon payment would be much lower. Thus, while the bonds carrying a 62% coupon seem attractive to investors, it is more of a gimmick and does not represent the actual return that investors would receive.

“The general macro environment continues to soften and weaken as we enter 2023, and weaker economic conditions are generally not good for high yield. We’ve been pretty cautious on high yield and we remain cautious”

“We’re growing a bit more wary toward credit risk as recession indicators rise, which could cause some spread widening”

“Once the Fed pauses, the market is really going to latch onto the idea that the next move is an easing. If the next move is a tightening, that’s a disaster, and that’s where we get to those 200-type spreads on credit. That’s probably the biggest risk.”

“That’s the tail risk, the real risk. If the Fed has to respond much more aggressively, then you start getting into periods where you can have financial mishaps and some of the cracks become more apparent.”

On Junk-Rated Bonds Not Behaving Like They Used To

12-month trailing default rate for bonds sold by junk-rated companies currently stands at just 1.2%, something that would “be considered low even during an expansionary period given that the long-run average high-yield default rate is roughly 4.5%.”… While defaults do tend to lag moves in share prices, “given the magnitude and duration of the equity sell-off this year normally the default rate would have already begun to move up”. 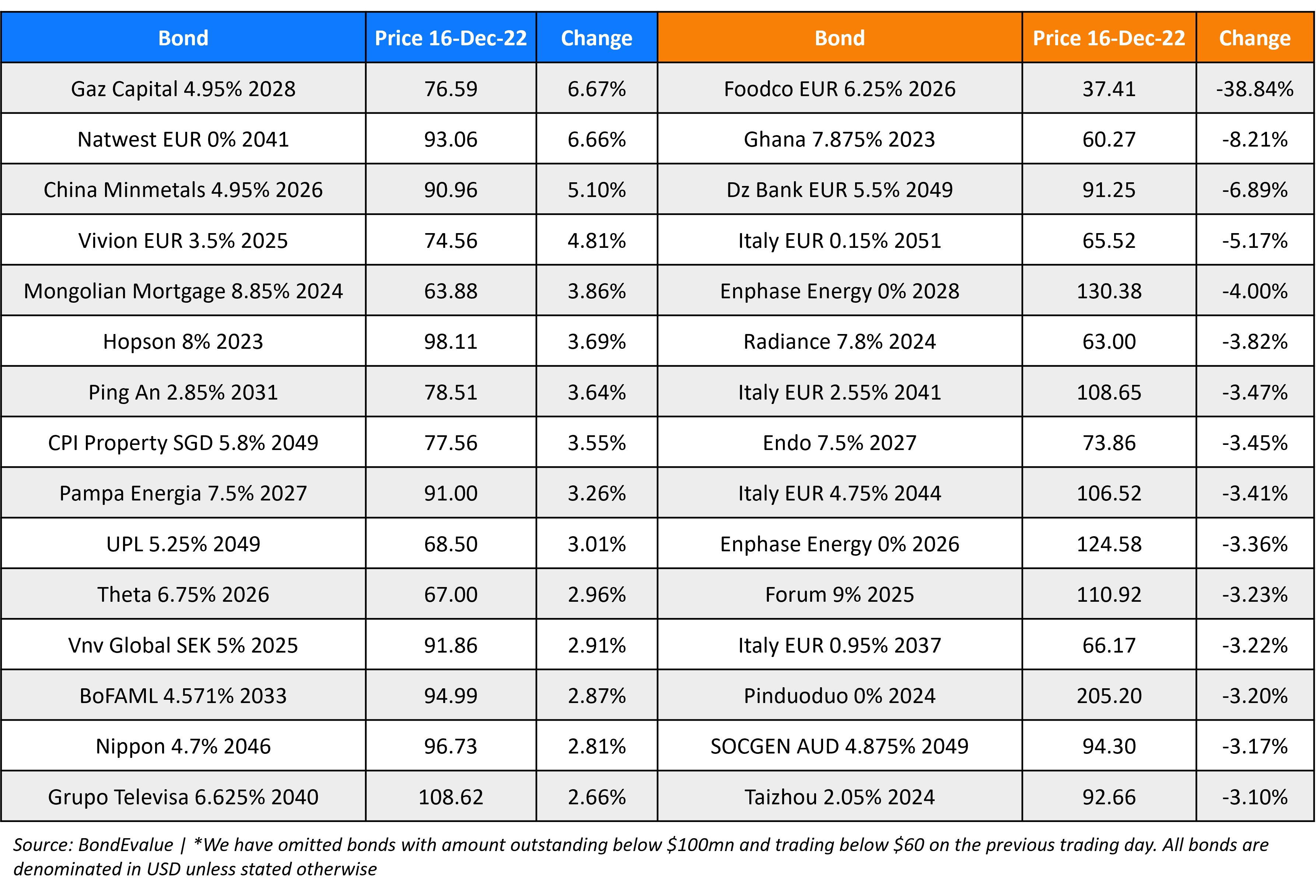