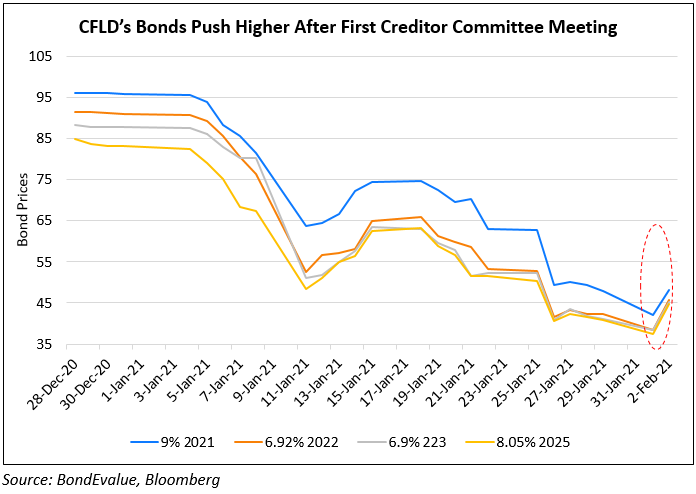 China Fortune Land Development’s (CFLD) creditors have been asked to extend debt maturities according to people who attended the first creditor committee meeting yesterday, as reported by Bloomberg. Some institutions have already agreed to delay repayment on interest-bearing debt and local government officials have urged financial institutions not to cut/withdraw/cancel credit lines to the company, said the sources. “The debt rescheduling could be limited to onshore lenders only, so it seems they are tending to avoid rescheduling with offshore bondholders” said Daniel Fan, a Bloomberg Intelligence credit analyst. Lucror analyst Zhou Chuanyi highlighted CFLD’s importance to the local economy and employment and hence the proposal to extend maturities. Zhou said “the development augurs well as any extension of onshore debt should better enable the company’s ability to meet offshore commitments.”