HNA’s 2021s saw a massive drop of 35 cents to trade at 21 cents on the dollar. The reason for the drop is unclear but HNA’s bonds had been trading at near distressed levels since a $10bn embezzlement came to light with creditors seeking restructuring. A few weeks back, Fosun Group and an arm of JD.com were among suitors considering investing in domestic operations of HNA after HNA Group was placed under government control. Despite deliberations, sources said that there was no certainty that potential investors would proceed with concrete offers. 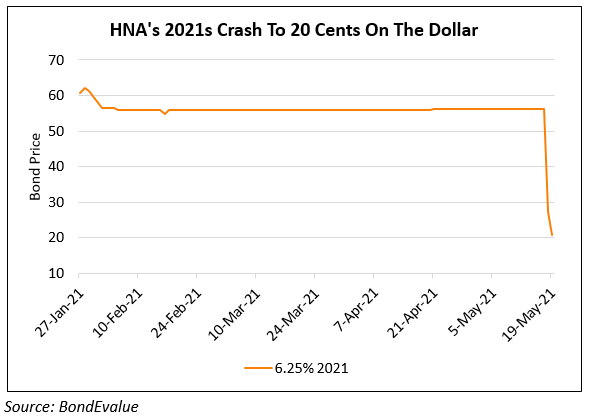