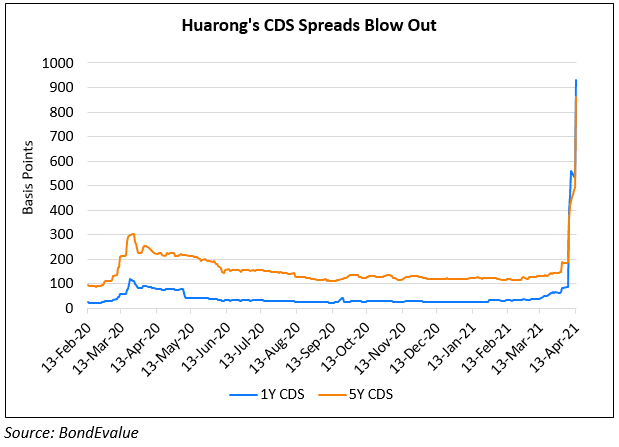 China Huarong Asset Management Company (CHAMC) saw its dollar bonds sell-off over 15-20% yesterday. Concerns about restructuring continues to worry investors with the delay in publishing its results while global major ratings agencies have put the distressed asset manager on review for a downgrade. The government authorities have not disclosed publicly any steps taken towards calming credit markets and some analysts warn of contagion risks. CHAMC tried to assuage concerns by saying that debt payments have been made ‘on time’ and its operations are running as ‘normal’. Despite this, Huarong’s bonds have sold-off and now trade around 75 cents on the dollar from near par/above par a couple of weeks ago. Sources say that the finance ministry is considering transferring its controlling stake in CHAMC to a unit of the nation’s sovereign wealth fund that has more experience resolving debt risks.