Huarong’s Dollar Bonds Up Over 10% 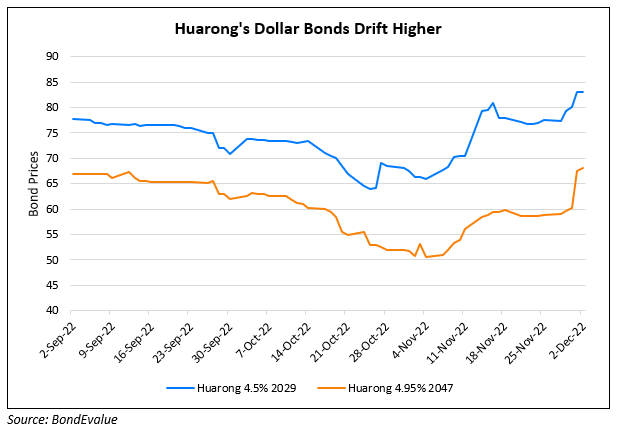 Some of China Huarong’s dollar bonds were up over 10% yesterday, though there was no specific news regarding the company. Over 30 developers including names like China Vanke, Longfor Properties, Country Garden have received credit lines totaling RMB 2.2tn ($310bn) offered by the Chinese big banks and smaller city commercial lenders. Other state-owned and private builders in Shanghai, Chongqing, Shandong, Guangxi and Fujian have also benefitted, Caixin Global notes. This has led to a rally across most property developers’ bonds. Huarong has historically attributed some of its earnings weakness to its exposure to the real estate sector. With more than half of Huarong’s restructuring companies’ property being associated with developers across the property sector, the financing support by banks to developers is a positive update for Huarong.