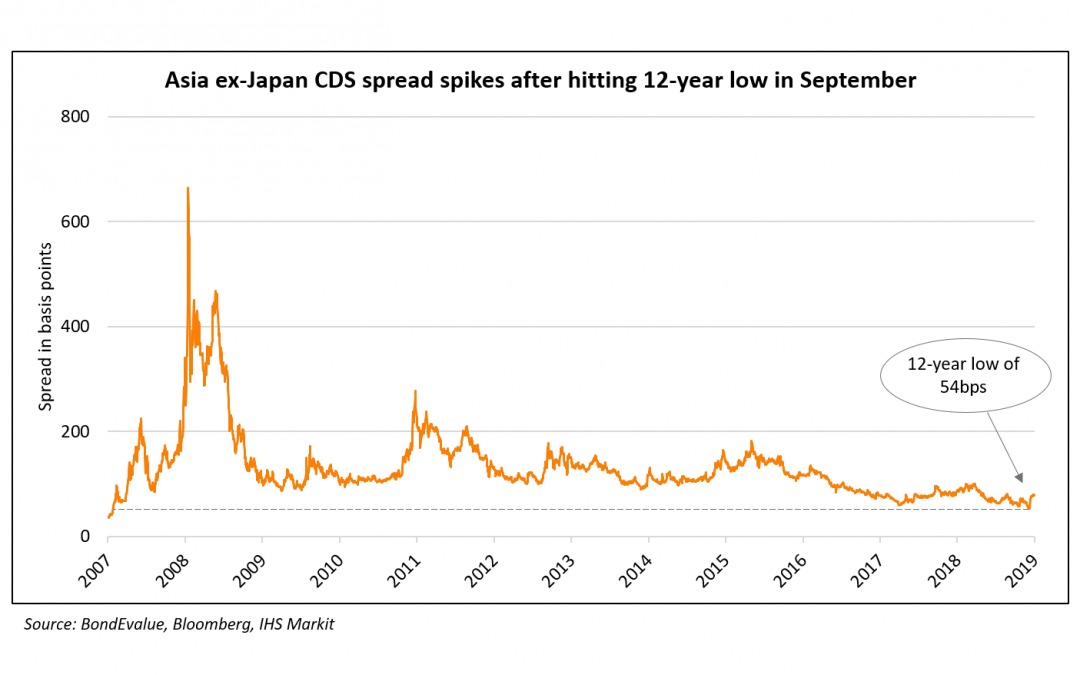 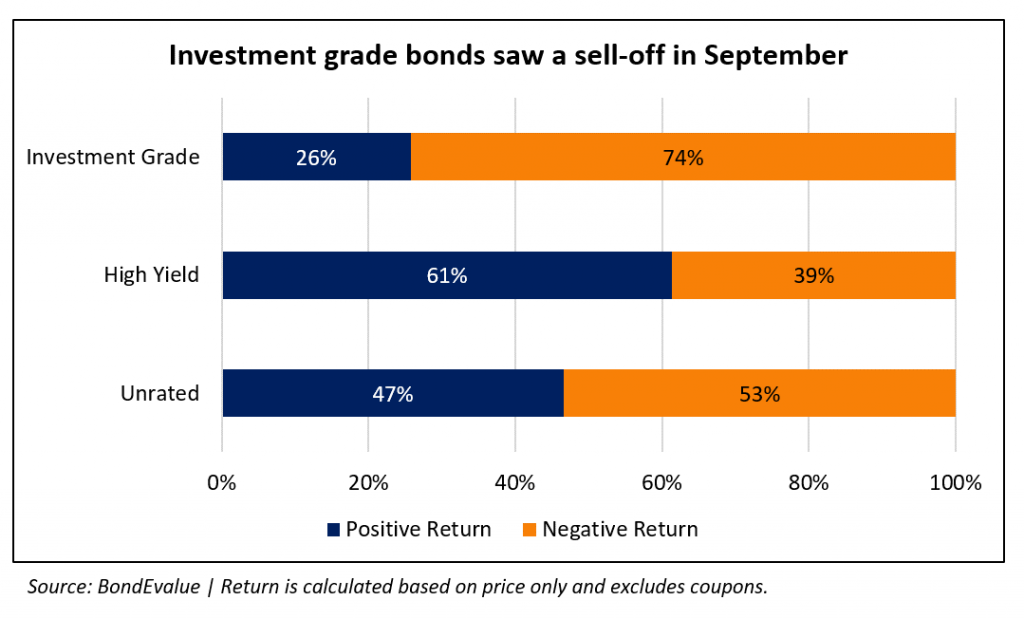 The sell-off in IG bonds was more so for sovereign bonds, with 88% of all IG sovereigns in the BEV universe delivering a negative price return (ex-coupon). 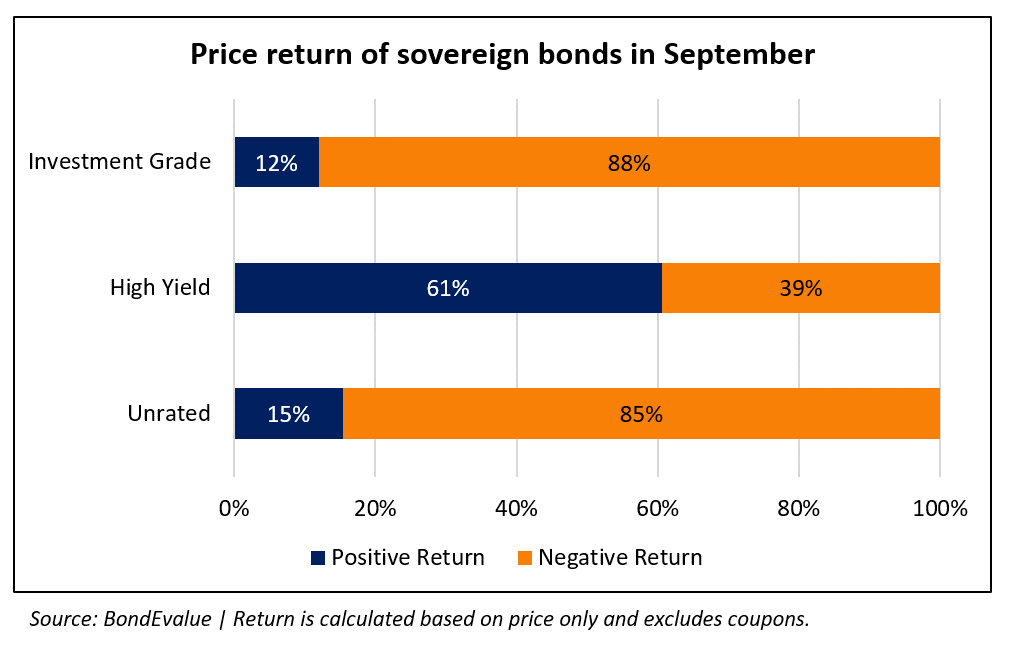 A similar trend was seen from the Markit iTraxx Asia ex-Japan CDX Index, which represents CDS spreads for investment grade bonds from the Asia ex-Japan region. The index fell to a 12-year low of 54bps, a level last seen in November 2007 (pre-financial crisis), on 19th September before climbing ~24bps to close at 78bps on 10th October. An increase in CDS spreads indicates a higher cost of insuring against a default and is thus perceived as an increase in credit risk. 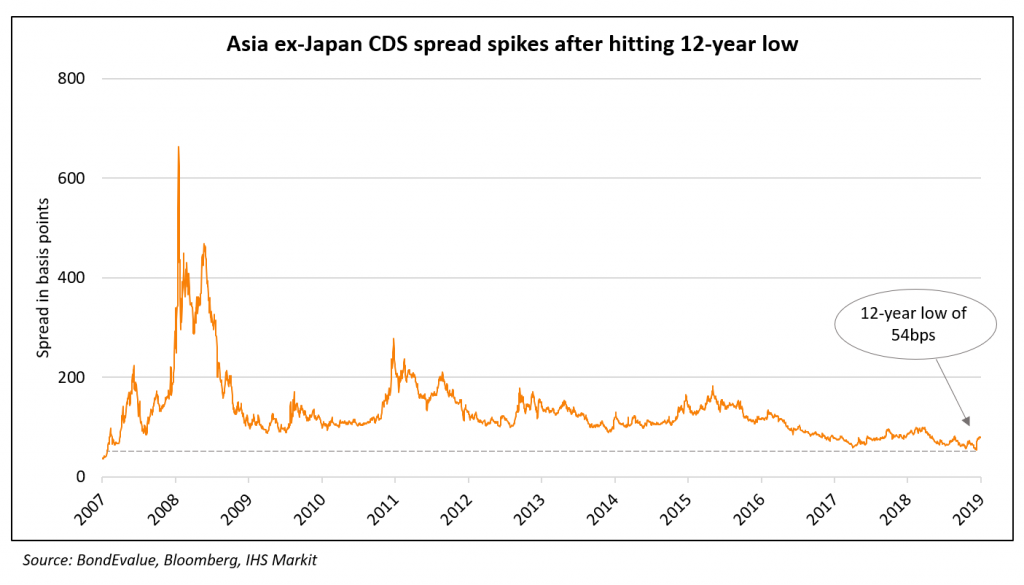 The ECB cut interest rates by 10bps further into negative territory to -0.50% and announced a restart of its bond buying program, starting with EUR 20 billion per month. The Fed may soon follow suit on both cutting interest rates and asset purchases. Fed futures predict an 85% probability of a 25bps rate cut in the upcoming FOMC meeting, while Fed Chair Jerome Powell recently announced that the Fed will restart its Treasury purchases soon. However, he insisted that the purchases are “in no way” the same as the quantitative easing measures deployed post financial crisis, in a bid to avoid panic among investors. 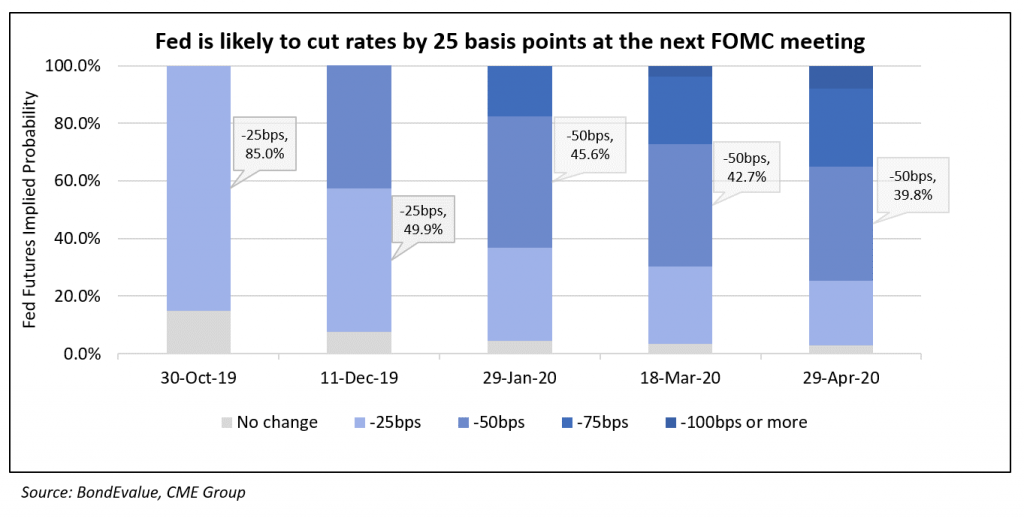 September saw new bond deals worth $32.6 billion, up 2.8x from August and 26% from September 2018. This takes the year-to-date Asia ex-Japan G3 issuance to $266 billion, up 28% compared to the same period last year. The supply of dollar bonds was met with an overwhelming demand as orders reached 4.7x of issuance, according to Bloomberg. 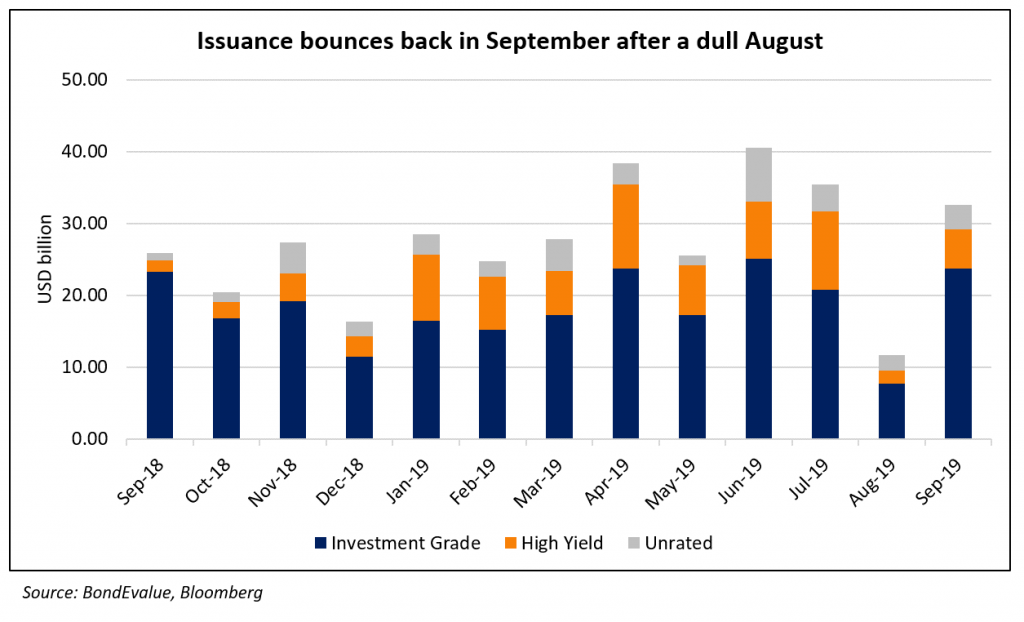 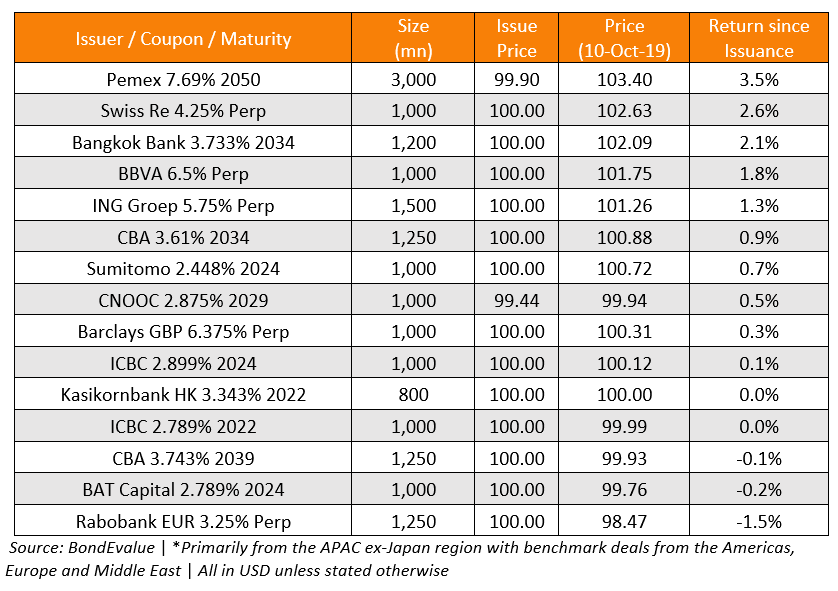 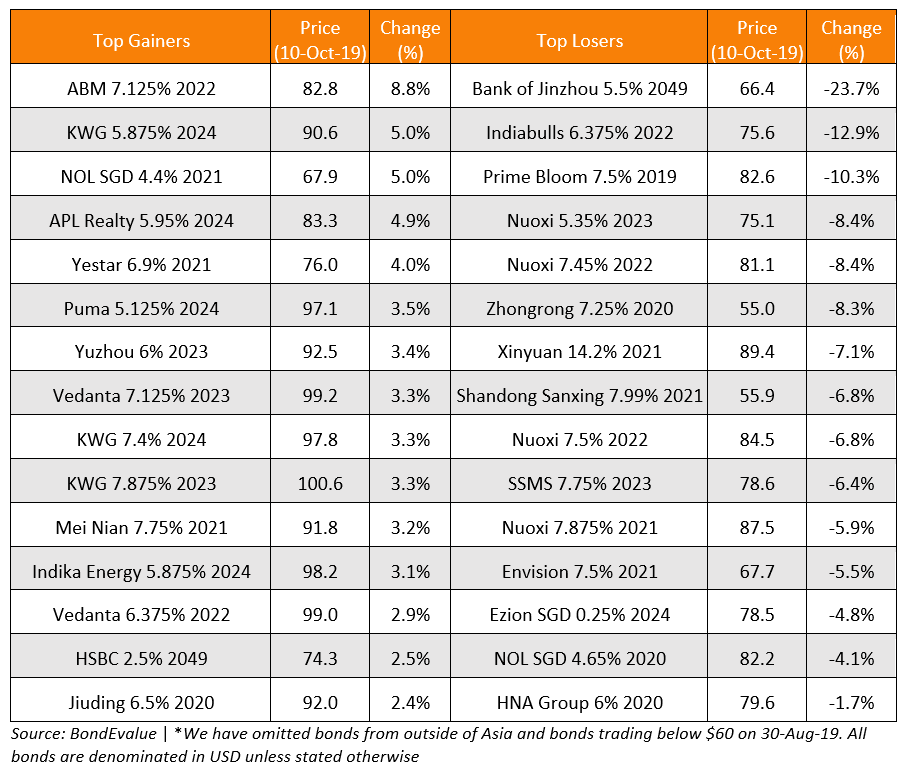 Indiabulls Housing Finance’s (IHF) 6.375% bonds due 2022 tanked over 8% over the last 10 days after the Indian central bank rejected its proposed merger with Lakshmi Vilas Bank. The planned merger would have enabled IHF, a non-banking finance company, to secure a banking license. The news led to panic among investors as it casts a doubt over the company’s fundraising capabilities.

While we have only included Asian bonds in the table above, one bond worth mentioning is that of WeWork’s. The Softbank backed co-working space company’s bonds fell 20 percentage points from $103 on 16th September to $83 on 10th October after a series of adverse announcements: (a) scrapping its highly anticipated IPO, (b) CEO Adam Neumann stepping down and (c) credit rating downgrade by S&P and Fitch to B- and CCC+ respectively. The 7.875% bonds due 2025 are now yielding over 12%.