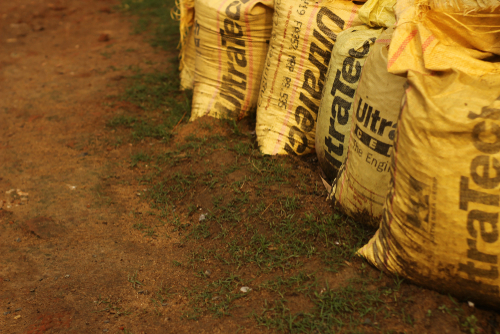 Indian corporate Ultratech Cement has launched its debut dollar bond this morning. It is looking to raise up to $400mn via a 10Y sustainability-linked bond with an initial price guidance of 210bp area over Treasuries. Based on the current 10Y Treasury yield, the proposed yield on the bond is 3.28% area. The proposed issuance is also the first sustainability-linked bond from India. The senior unsecured bonds have an expected investment grade rating of Baa3/BBB- and have already received orders of over $1bn as at 11:15am SGT. The proposed bonds carry a coupon step-up of 75bp if the company misses its sustainability target, which is linked to the amount of carbon dioxide it produces, as per IFR. The Aditya Birla Group-owned company plans to use proceeds from the dollar bond to refinance existing rupee debt and for general corporate purposes. Both Fitch and Moody’s have a negative outlook on the company, mirroring the rating agencies’ outlook on India. As per Fitch’s ratings release, “The company has a geographically diversified presence in India and benefits from its competitive position, which is underpinned by its strong branding and cost-efficient operations. In Fitch’s view, these factors have helped UTCL deliver profitability that is above the industry average and position it well to cope with the industry’s inherent cyclicality.”